‘Political relationships can heal, but the impact of fragmenting research now will continue to be felt in the decades to come’ research leaders say as they call on Ursula von der Leyen to ‘safeguard vital science collaboration’

UK and Swiss research leaders have made a last-ditch appeal on behalf of more than 5,600 major research funding and performing bodies, scientists and entrepreneurs from across Europe to the president of the European Commission, asking her to allow their countries to associate to Horizon Europe.

As the UK government edges closer to activating Plan B and abandoning association, the research commissioner Mariya Gabriel confirmed to Science|Business earlier this week that UK and Swiss association remains contingent on the resolution of broader political issues.

The campaign group Stick to Science says it understands the delay in association can only be resolved at the highest level of the European Commission, which is why it has now written to Ursula von der Leyen, calling on her, “to intervene urgently on this crucial issue.”

This follows similar calls Stick to Science has made to the UK and Swiss governments in the past weeks and months.

“UK and Swiss association to Horizon Europe is currently tied together with broader political issues which, although of grave importance, are not linked to science,” the letter to von der Leyen says. “As we face the very real and pressing risk that Horizon Europe could continue without two of its most committed partners, we emphasise that research collaboration benefits us all.”

Securing UK and Swiss association now, “will further strengthen your remarkable legacy at the helm of the European Commission,” say the organisers of the campaign, which is trying to disentangle Horizon Europe association from Brussels’ broader diplomatic rifts.

The Commission is refusing to sign off on UK association because of the wider dispute with London over the Northern Ireland Protocol. The UK government further inflamed tensions last week by introducing legislation that would override parts of the protocol.

In the interview with Science|Business, Gabriel called on the UK to, “respect engagements, and not to take unilateral decisions.”

While UK association was agreed as part of the terms of Brexit, Swiss association negotiations haven’t even started after Bern walked away from talks last year about its wider relationship with Brussels.

Only after there is agreement on the Swiss contribution to the EU’s cohesion budget, access to the single market and free circulation of people, will the Commission start to talk about association, Gabriel said.

But the Stick to Science campaign urges the Commission not to interlink Horizon with these other issues.

“Political relationships can heal, but the impact of fragmenting research now will continue to be felt in the decades to come,” the letter says.

The signatories include the heads of ETH Zurich, the Swiss Federal Institute of Technology Lausanne, the UK’s Wellcome Trust, the Royal Society, and Universities UK.

Earlier this week, the UK was urged to design its Plan B programme so that it has at least some cross-over with Horizon Europe.

Speaking in London, David Bohmert, secretary general of the Conference of European Schools for Advanced Engineering Education and Research, a body representing 58 research-intensive universities, pressed the UK to create it in an “agile” and “flexible” way that allows students and scholars to continue their cooperation with continental European partners.

“In so doing, it will bode well for possible future re-entry into the framework programmes [like Horizon Europe],” he said. “We must prevent European research and education from being divided again.” 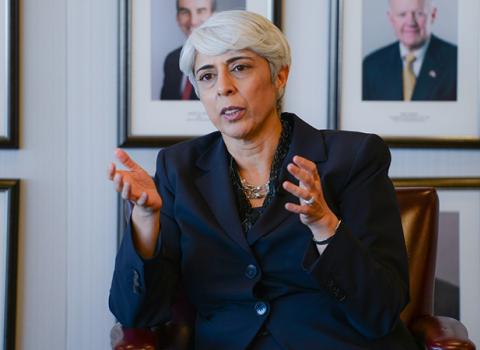