Energy storage has emerged as a central building block of the EU’s objectives in low emission electric transport and replacing electricity generated by fossil fuels with renewables.

The realisation that batteries are of such strategic importance has come as a wake-up call, with Europe finding itself lagging in commercialising research in the field, and for now, completely dependent on manufacturers outside the EU for battery supplies.

Public and private funders in Europe that have put €555 million into developing new energy storage technologies since 2008 have little to show for it in terms of commercial outputs.

While a number of start-ups, such as France’s NAWA Technology are working on various approaches to increasing energy density and speeding up recharging of electric vehicle batteries, none are in production.

As yet, Europe has no factories producing electric vehicle batteries, though LG Chem of South Korea is currently constructing a manufacturing plant in Poland, which is due to open later this year. Another Korean manufacturer, SK Innovation, whose major customer is Mercedes-Benz, has announced it will invest $777 million to build a battery plant with capacity of 7.5 GW/year in Hungary

A European company, Northvolt is planning to build a plant in Skelleftea, northern Sweden, with construction due to start in the second half of 2018.

Meanwhile, Frankfurt-based TerraE announced earlier in January that it has formed a consortium of 17 companies and research institutions to handle the planning for two large-scale lithium-ion battery cell manufacturing facilities in Germany. TerraE will build and operate the factories, where customers can have batteries produced to their own specifications.

Despite these developments, Europe remains at a huge disadvantage in electric vehicle battery production compared to China, Japan, South Korea and the US. While batteries are assembled in Europe, in 2015 a full 88 per cent of the total global manufacturing capacity of the battery cells of which they are comprised, was in China, Japan, and Korea.

In terms of Europe’s competitive standing and attempts to play catch-up, “The biggest challenge is that we have to start from scratch, given that there is no large-scale battery manufacturing” said Jesper Wigardt, director of public affairs at Northvolt. “Europe has long been behind Asia and the US in the industrialisation of batteries.”

Europe needs to further develop both its research and development and its manufacturing capabilities, said Francesco Gattiglio, European affairs manager at the Association of European Automotive and Industrial Battery Manufacturers (EUROBAT). “We cannot rely on imports from outside Europe, as this would simply replace our current dependence on oil and other sources of energy with a dependence on batteries themselves.”

The incentives that national governments and the EU have put in place to foster the development of an electric transport system and to build resilient electricity grids with the capacity to store power generated by intermittent renewable sources, are prompting huge growth in the European battery market, which is forecast to be worth €250 billion per annum by 2025.

Without a significant push, Europe faces not only the loss of the economic potential this growing market will provide, but also the risk of being dependent on foreign manufacturers and imports for an increasingly strategic commodity.

It is against this gloomy backdrop that the EU, led by its Energy Union vice president, Maroš Šefčovic, has been working with industry in the creation of the Battery Alliance, which will be formally launched at the Clean Energy Industrial Forum in Brussels in February.

After a meeting on battery development and production in October 2017, held as part of the preparations for drawing up a roadmap for the Alliance, Šefčovic called for a “Europe-wide approach,” saying this is needed to, “Overcome this competitive disadvantage and capitalise on our leadership in many sectors of the battery value chain, from materials to system integration and recycling.”

“The lack of a domestic, European cell manufacturing base jeopardises the position of EU industrial customers, because of the security of the supply chain, increased costs due to transportation, time delays, weaker quality control or limitations on the design,” Šefčovic said.

The EU acknowledges that - as important as they are, evolutionary and/or disruptive technology improvements achieved through research it funds are not sufficient to drive EU competitiveness in the battery sector, saying, “Competitiveness in this sector largely depends on having a stable and secure battery manufacturing base.”

The Alliance will address all aspects of battery technology, from battery production capacity, investment financing, regulatory and trade issues, to medium- to long-term research and innovation priorities that are necessary for Europe to become a major player in battery technology.

It is clear that the growing market for electric vehicles has created challenges for car and battery manufacturers, ranging from the critical performance issues of the range of electric car batteries, their weight and the amount of time they take to recharge, to the cost and sourcing of raw materials, such as the rare earth metals, cobalt and lithium.

The supply of cobalt is particularly sensitive, since 64 per cent of this metal is mined in Democratic Republic of Congo, a country mired in political instability and poor regulation of mining. But with demand for cobalt expected to double by 2020, to around 200,000 tonnes a year, the global electric vehicle industry will be dependent on the Congo for the foreseeable future. The price of cobalt doubled in 2017, due to high demand from automakers, to around $72,750 per tonne.

The high risks and costs associated with cobalt have led battery makers to find ways to reduce the amount of cobalt in batteries from 20 per cent to 10 per cent, increasing the amount of nickel used, a metal which is in plentiful supply from multiple sources.

But while cobalt is far from being the major constituent, it is unlikely that it can be completely removed from the current generation of lithium-ion batteries, according to Richard Schmuch, postdoc at the University of Münster, who is researching alternative cathode materials for next generation batteries. “It is unlikely that high energy lithium-ion batteries with completely cobalt-free cathode materials will be realised in the next decade,” Schmuch said.

Similarly, Valts Grintals, energy storage analyst at the consultancy Delta Energy and Environment, in Edinburgh, says, “Industry is indicating that there could be a bottleneck for electric vehicle  uptake in the next five years due to the increases in price, in not only cobalt but lithium too.”

The combination of raw material scarcity and its cost, combined with the growing worldwide market for electric vehicles, threatens to strain Europe’s transition from the old, carbon-based, centralised energy system, to a low-carbon, distributed system fit for the future.

Backed by policy support and an increase in funding from the EU, the Battery Alliance aims to increase Europe’s competitiveness vis-à-vis Asia and the US.

Wigardt believes there is room for optimism. “With electrification looming just around the corner, Europe has realised that the lack of local [battery] cell manufacturing is jeopardising the position of European industry, and [is] now taking crucial steps in order establish a local supply chain.”

Northvolt’s new battery manufacturing facility is one manifestation: by the end of 2020, it will produce 8 GWh of battery capacity per year. Once fully completed in 2023, the factory will produce 32 GWh per year. The company says that in order to deliver affordable and high quality batteries and still make production profitable, it needs economies of scale, deep vertical integration with raw material mining, a high level of automation and a plentiful supply of fossil-free, attractively priced energy.

For Gattiglio however, manufacturing batteries on European soil is only half the battle. “If the industry is to spend money to produce batteries [it] needs the reassurance that consumers, that is, car manufacturers, will be there to buy them.”  To ensure this happens, the EU needs a unified overall legislative framework for batteries, which is currently non-existent. While EU policy in transport and energy relates to some extent to batteries, there is a lack of coherence. “It is key to avoid contradictions so as to ensure business certainty,” Gattiglio said.

Where the EU can provide a boost to its manufacturing base is through research and development in areas ranging from materials to manufacturing processes. Of the funding earmarked for the last three years of the Horizon 2020 programme, €200 million will be allocated to battery technologies.

The money is intended to fund the following activities:

The EU has an opportunity to position itself as a more environmentally friendly location for battery production, by powering plants with renewable energy. The EU also needs to develop systems for repurposing electric vehicle batteries to provide energy storage for the electricity grid. Once they reach 70 per cent of their original capacity, the batteries in electric vehicles are not powerful enough for the road.  Valts says, “As second life battery use becomes more common, a key challenge to tackle is creating a more efficient way of getting from used electric vehicle batteries to [a] full stationary energy storage system.”

New battery technologies are in the works. In particular, solid-state batteries in which liquid electrolytes are replaced by solid conducting materials, such as graphene or silicon, promise to vastly improve energy density, cost, and weight.

The EU agrees with this assessment, saying, “Current lithium-ion batteries are not yet close to their fundamental limits.” Improving their performance requires the development of advanced materials, for cathode, anode, binders, separators, electrolyte and packaging. The Battery Alliance will be rising to this challenge. 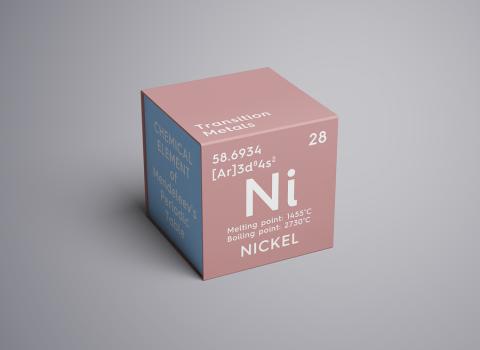 Greater use of nickel in batteries is increasing the range of electric vehicles, making them more attractive to consumers whilst providing incentives to recycle, says Mark Mistry, senior public policy manager of the Nickel Institute 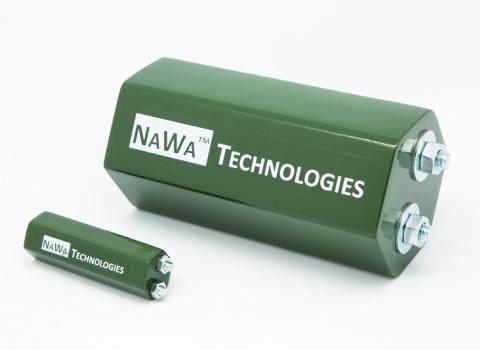 From southern France, a startup chases the global battery market

Germany to invest €2B in quantum technologies
11 May 2021