Global hydrogen pledges not enough to reach carbon neutrality by 2050 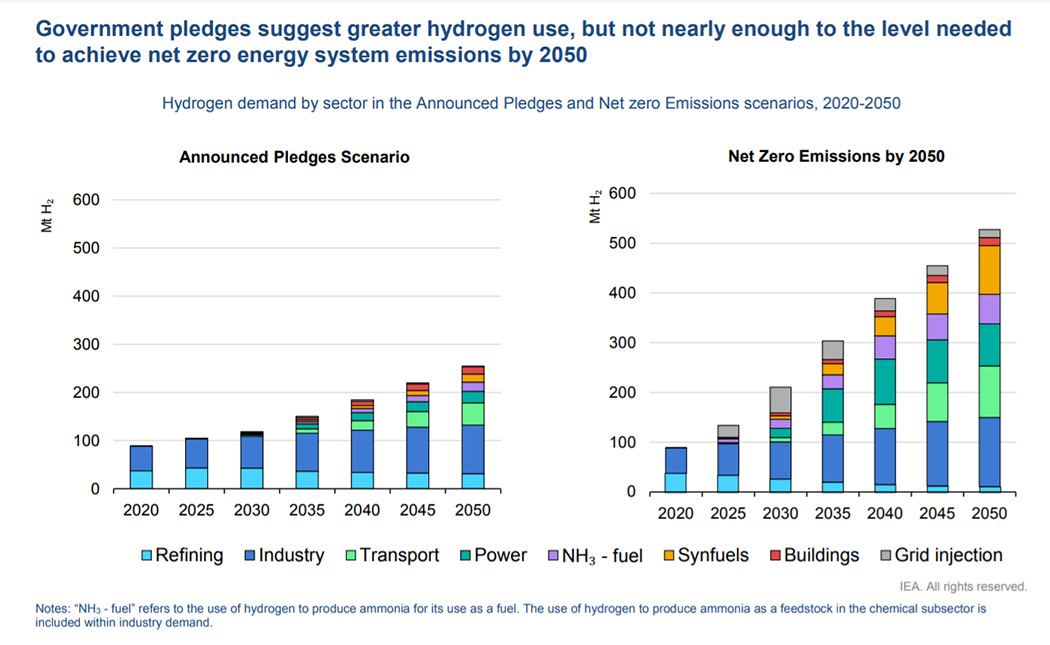 At least 17 countries around the world have come up with frameworks for boosting hydrogen production to achieve carbon neutrality, but the plans are not enough to meet even half of the global needs by 2050, according to the International Energy Agency’s new report.

To achieve carbon neutrality by 2050, governments would have to commit to further boosting uptake of hydrogen and hydrogen-based fuels in new industries, such as steel production, heavy duty transport, shipping and aviation.

So far, countries with hydrogen strategies have committed at least $37 billion to the development and deployment of hydrogen technologies, while the private sector has announced $300 billion in investment. The increasing investments will help drive down the price of green hydrogen – the carbon neutral version of the gas produced by electrolysis of water to split it into hydrogen and oxygen using electricity from renewable sources – giving way to more widespread adoption.

All this is helping advance the green energy transition, where hydrogen could play a vital role in decarbonising sectors that are difficult to electrify, such as steel production and aviation. But the IEA estimates as much as $1200 billion will be needed by 2030 to reduce costs and encourage wider use across sectors.

“We have experienced false starts before with hydrogen, so we can’t take success for granted. But this time, we are seeing exciting progress in making hydrogen cleaner, more affordable and more available for use across different sectors of the economy,” said Fatih Birol, head of IEA.