On April 8, Viktor Orbán won his fourth term, running on a nationalist platform which touted the benefits of “illiberal democracy”

Nationalist politicians in Budapest appear to be stepping up their attacks on the Hungarian Academy of Sciences, with a controversial change to its research funding system and a broadside against social scientists funded by the Academy.

An article published by Hungarian pro-government magazine Figyelo, titled “Immigration, homosexual rights and gender science – these topics occupy the researchers of the Academy”, claims that the research topics of the Centre for Social Sciences of the Hungarian Academy of Sciences are politically suspicious, suggesting that the government should have a “greater insight” into the Academy’s work.

The article features a roster of scientists of the Centre for Social Sciences of the Academy who study gender, migration, ethnic minorities and LGBTQ policies.

The attack comes only days after the Hungarian government proposed changes to its research funding system that puts the newly formed Ministry for Innovation and Technology in charge of decisions over what research topics can be funded or not in the institutes of the Academy. It also follows a long-running campaign by the government to close or evict the country’s top-rated institution, the Central European University, founded by philanthropist George Soros.

Researchers targeted in the Figyelo article warn that the new law will allow the ministry to control the budget of the research institutes and to dictate conditions for all decisions with financial consequences from research programmes to personnel matters, said Judit Takacs, a research chair of the Academy’s department for social relations and network analysis.

“It leaves one feeling nauseous to have one’s work and name used as part of a propaganda campaign against academic autonomy,” Takacs said.

Róza Vajda, a junior research fellow at the department for Methodology and History of Research in the Academy who was also on the Figyelo list, said that the article is providing a narrative support to aid the policy changes considered by the government. By changing the rules for funding research the government “creates financial dependency which means political dependency,” said Vajda.

The Ministry for Innovation and Technology and Figyelo did not respond to requests for comment.

The Hungarian Academy of Sciences is the dominant research organisation in the country – both funding and conducting research at the country’s universities. It dates to 1825, but has lately been clashing with the rightist government. The Academy’s web site currently features a prominent statement opposing the government’s funding plans.

Until now, the Academy was allocated an independent budget, but the new rules prepared by the government propose that all public funding for research should be allocated through the new Ministry of Innovation and Technology, led by Laszlo Palkovics.

The ministry will directly manage HUF 29.1 billion in support of higher education institutions for research and development, HUF 12.7 billion for the National Scientific Research Fund and HUF 28.1 billion for the Hungarian Academy of Sciences.

The government says the unified coordination will allow the ministry to oversee the use of national funds “as efficiently as possible”. “The priorities of the research areas should be prioritised [sic] and coordinated in the interest of the best use of resources, universities, academia and companies.”

Under the same policy strategy, the minister, Palkovics, dismissed the chairman of the National Office for Research, Development and Innovation (NRDI), József Pálinkás, “as he expects the future operation of the office based on other management and methodological principles.” Pálinkás, an advocate for scientific excellence, was appointed in 2015 and his mandate was supposed to run until 2020.

The ministry says that it won’t interfere with the work of the institutes, but researchers fear that the proposed changes will give the government the ability to decide which research projects are worthy of funding. The changes “will put an end to the scientific independence of the research centres” said the Academy.

The changes were a tough pill to swallow for researchers, but the Figyelo article confirmed that by discrediting certain fields of research, the government can use the new funding structure to limit academic freedom.

For Levente Littvay, a political scientist at Central European University (CEU) in Budapest, after seeing the article, “Our worse suspicions were confirmed: it is a political attack,” Littvay said.

The article was published “to prepare the ground a little in terms of propaganda,” said Takacs.

Figyelo is responsible for another article published in April that listed the so-called “Soros mercenaries”, which included researchers at CEU, a university that was founded by Hungarian-born philanthropist George Soros, whose world views are at odds with Hungarian prime minister Viktor Orbán.

On April 8, Orbán won his fourth term, running on a nationalist platform which touted the benefits of “illiberal democracy”, warned against foreign influence in the country and swore to protect the Christian identity of the Hungarian nation.

“They already promised that once they win, they will go on and be more devastating,” said Vajda.

“It is hard to believe that an EU country could sink this low,” said Littvay.

This is not the first time researchers and academics in Hungary have felt threatened by the overreaching arm of the government. A change in the higher education law passed in 2017, requiring foreign universities to maintain a campus in their home country, was widely interpreted as a direct move against CEU.

CEU expressed its solidarity with the Academy and its researchers. “The attacks against the autonomy of the Academy and the attempts to intimidate its researchers are unacceptable and threaten to seriously hinder the capacity of this premier institution to fulfill its mission at the service of the Hungarian people,” the university said. 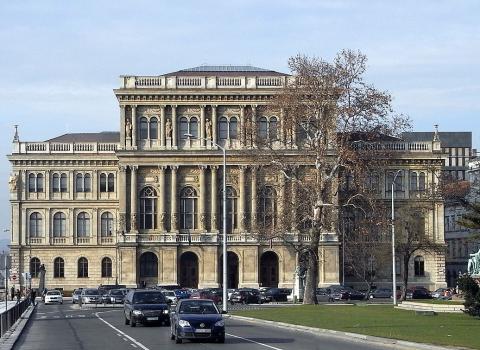 There should be wider consultation before the government enacts a law giving it control of what research its institutes are allowed to  carry out, the academies say

European Space Agency €16.9B budget not enough to catch up with US and China, says industry
24 Nov 2022