There was applause for the speech, but the early signs are that implementing the president’s sweeping and idealistic vision for Europe’s future technological development will face opposition

French President Emmanuel Macron set forth an ambitious vision for Europe in a blockbuster speech on Tuesday that drew rapturous – but not universal – applause in Brussels, wary praise from Berlin, and deep suspicion from Prague.

Macron offered a sweeping vision for the EU’s future, calling for the bloc to be more ambitious on innovation and defence, and operate more closely on immigration, tax and social policy.

For nearly two hours, the 39-year old president commanded the biggest stage he will have all year, to lay out an expansive legislative agenda. In his remarks, Macron said Europe should harness innovation and risk taking rather than being intimidated by it. To encourage the emergence of champions in digital technology, the president called for the creation of a new EU funding agency for disruptive innovation within two years.

There should be 20 new European universities; a carbon-pricing mechanism; young people should be taught at least two other EU languages; corporation tax should be harmonised and structural funds tied to the efforts of each country to achieve this goal.

While there was plenty of encouragement, there were some warnings of the challenges ahead, with early signs that Macron’s political grab bag of proposals would face resistance and obstacles on its way through the mills of European politics.

Speaking to Science|Business, Belgian MEP Anneleen Van Bossuyt praised Macron’s support for research and innovation, but didn’t like his idea for a new innovation agency. “I’m afraid the proposals will not help a lot. I don’t think we need another agency,” she said, noting, “We already have plans for the European Innovation Council (EIC).”

Van Bossuyt is chair of the Parliament’s internal markets committee, but is part of the European Conservatives and Reformists Group, which includes the UK Conservative party and founding members of the far-right Alternative of Germany party. The group’s statement on Tuesday criticised the speech as “smoke and mirrors.”

Inspired by the US Defence Advanced Research Projects Agency, the EIC is being promoted by EU Research Commissioner Carlos Moedas to support fast-growing technology companies.

Sources inside the French government say that Macron’s innovation agency shares some of the philosophy of Moedas’ council, but is intended to be a separate entity.

Moedas appears unperturbed by this, telling Science|Business he, “was super happy to see the agency in the speech.”

“It’s a big boost for us in Brussels because it’s the first time a head of state has come out and publicly called for it, and the support of France is essential for doing this,” Moedas said.

Van Bossuyt argues that there are better ways of investing the money than creating a new agency, saying the cash should go into Horizon 2020. “We already have too many applications for the amount of money available. And we have shown that money spent on Framework produces a return of 11 times. That’s money well spent, that will grow,” she said.

Mark Ferguson is one of 12 authors of the report, which proposes numerous politically sensitive ideas, such as revamping EU state aid rules, moving more responsibility for EU regional funding into the research programme, and devoting more agricultural and regional funding to innovation.

“The European Universities piece resonates with a recommendation in the Lamy report – actually all the pieces resonate with that report,” said Ferguson. “And it’s good to see backing for artificial intelligence (AI) programmes.”

Ferguson is however a little surprised that Macron did not endorse Moedas’ council. “I thought the support for innovation ….. would translate into backing for the EIC,” he said.

The speech advanced many initiatives with little or no hope of passage, said Kurt Deketelaere, secretary-general of the League of European Research Universities, an association of 23 universities.

“What Macron sets out would require a change in the EU treaty in something like 50 places,” he said. “It’s very easy to produce speeches, but all of this would be very difficult to realise.”

On the separate proposals for an innovation agency and the EIC, Deketelaere said, “My prediction is that neither of these two agencies will be realised. We don’t need new agencies – we need work on making the environment better for investment. Things like tax harmonisation are more useful, but politically difficult.”

It is not clear that Macron’s proposed new agency, focussed on breakthrough technology is what Europe needs, said Greg Arrowsmith, a policy advisor with the Association of European Renewable Energy Research Centres (EUREC). “The wish for Europe to take the lead in disruptive innovation, with a focus on digital technologies, is not immediately relevant to renewable energy technology. Taking a new product to market takes time, significant expense and many hours of research and testing. Progress in the performance of renewable energy technology has been impressive, but achieved with evolution rather than revolution,” Arrowsmith said.

Peter Tindemans, secretary-general of grassroots forum Euroscience, characterised the agency proposal as unnecessary noise. “What about the European Institute of Innovation and Technology or the Innovation Council that Moedas is busy creating?” he said.

Deketelaere is not convinced by the proposal to create 20 new European universities by 2024, saying, “You can file that under the category of nonsense. We have fantastic universities already in Europe that are doing the things Macron wants. He should instead concentrate on a clean-up of the scattered university sector in France.”

For Tindemans, the universities proposal lacked detail, “Does that mean universities financed with European money? Or is it just envy that French universities are rather parochial in contrast to UK, Dutch, Swiss and many other universities?” he said.

Wariness in the capitals

The Munich-based economic institute Ifo described the speech as an invitation for Germany to join the “brainstorming” about the EU’s future. “A stronger EU would certainly make sense in the areas of foreign, defence and trade policy,” Ifo director Clemens Fuest said. “But Macron’s plans for the euro zone are wrong, from my point of view.”

In Prague, the billionaire who is set to become the next Czech prime minister was completely dismissive of Macron's reform drive. "He should really concentrate on France," Czech ANO party leader Andrej Babis said.

And the Austrian liberal daily Die Presse wrote, "There are 1,001 reasons to severely criticise Macron's speech about Europe", citing proposals that it believes are unrealistic. 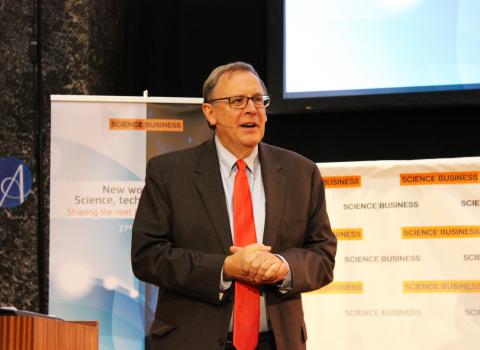 Viewpoint: Emmanuel Macron and ‘the white heat of technology’ 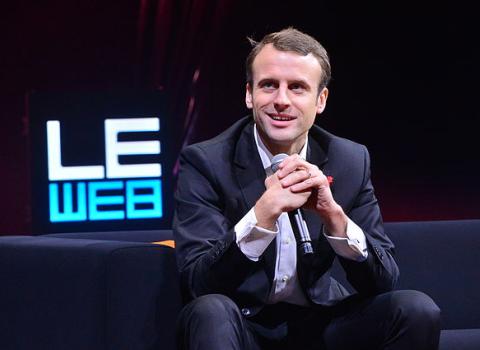 Macron wants to set up ‘EU agency on disruptive innovation’

French President looks to science, technology and education to revive Europe – and gives a political boost to Moedas proposal for a new innovation council 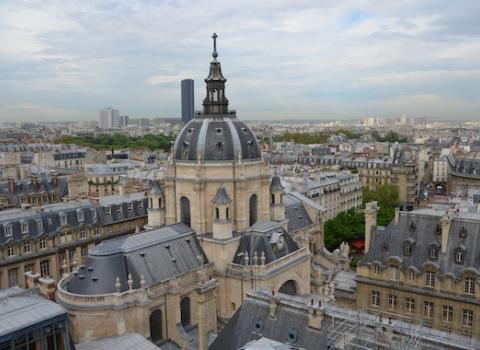