HORIZON BLOG: Research and innovation in the next EU budget

The European Commission is working on a new proposal for its 2021-2027 multiannual budget, which is to be paired with a recovery plan aimed at helping the EU come out of the looming recession set in motion by the coronavirus pandemic.

Here, we gather the latest news and reactions to how the EU is planning to fund its research and innovation programmes during the difficult period ahead.

Tips are welcome at [email protected].

Spain’s technology development centre, the Centre for the Development of Industrial Technology, today awarded €104 million to 151 research, innovation and development projects to be carried out by 159 companies.

Twelve of the projects will help the country fight the COVID-19 pandemic by developing new treatments, manufacturing hydroalcoholic masks and gels, and developing disinfection equipment.

Ireland’s higher education sector’s expenditure on research and development reached €876 million during the 2018-2019 academic year, a 17% increase since 2016, a recent survey found.

Over three quarters of the funding, €672 million, was contributed by the country’s government. The EU’s investment amounted to €103 million by the EU, while the private sector contributed €48 million to higher education R&D.

The results of the survey will inform the government’s decision-making and future resource allocation. “I am pleased to see that the higher education sector continues to play such a vital role in R&D,” said Ireland’s education minister, Simon Harris. 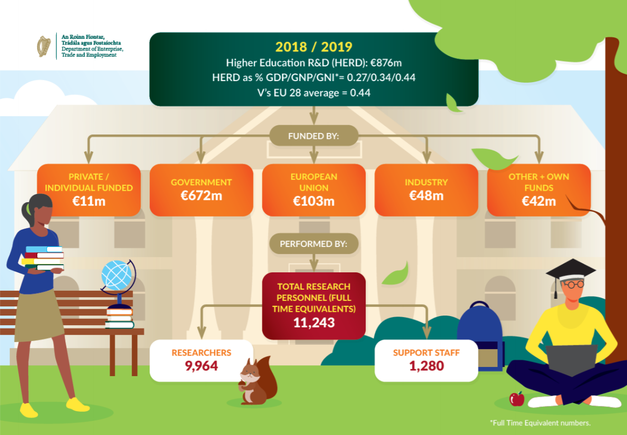 The European Commission today appointed Jan Panek as the new director for Nuclear energy, safety and ITER in the Directorate-General for Energy (DG ENER).

In his new role, Panek will be responsible for coordinating DG ENER’s work on nuclear safety, decommissioning, and radioprotection as well as supervising the EU’s participation in the international ITER project, the world's largest nuclear fusion experiment.

Prior to today’s appointment, Panek headed the ITER, Internal Market, and Coal, Oil and Energy Observatory units in DG ENER.

In the EU’s next research programme, Horizon Europe, the EU partnership with bio-based industries will be suceeded by the Circular Bio-based Europe public-private partnership, which will focus on turning biomass into products without contributing to greenhouse gas emissions.

The European Commission has approved a €200 million top-up for a German scheme providing loans for long-term research and development projects.

The state-aid scheme, which the Commission has now deemed compatible with EU internal market rules, was launched in 2016 and was set to expire at the end of 2020. Last year, Germany decided to prolong it for another six months, increasing the budget from €7.5 billion to €7.7 billion.

Alternative to Erasmus+ needed for exchanges with the UK, universities urge

The Coimbra Group, a university lobby association, is calling for an alternative scheme for student and staff exchange with UK universities after the country opted out of the EU’s student mobility programme, Erasmus+.

“[The Coimbra Group] advocate for new alternative schemes that would facilitate student and staff exchange with our UK partners and minimize as much as possible the impact of the decision of the British government for our universities, academic and administrative staff and students,” the association’s statement said.

The group is also urging the EU institutions and national governments to help universities deal with the impact of the UK’s decision.

The UK has already announced it will be setting up an Erasmus-style replacement programme to enable UK students to study abroad, however, the country’s government has only committed to fund “outward” student mobility.

The European Commission today published a set of recommendations for managing 14 new research and innovation centres in Bulgaria, co-funded by €160 million from the EU cohesion funds.

The recommendations are the result of knowledge sharing with other EU countries and a 1.5-year-long fieldwork project coordinated by the EU’s science hub, the Joint Research Centre.

New EIT Health base in Ireland

EIT Health, the EU-supported network of health innovators, has established a new base in Ireland to grow partnerships in the country.

The move will support existing member and attract a new cohort of innovators to the network of 150 partners supported by the EU innovation agency, the European Institute of Innovation and Technology.

The three industry-led projects will address challenges in the production of electrolysers used for separating water and hydrogen, explore the production of the gas directly at sea with the use of wind turbines, and develop hydrogen-powered transport technology.

A total of 230 industry and research organisations from around Germany will work together on the flagship initiatives that aim to solve the biggest remaining challenges to the future renewable hydrogen economy.

“I see green hydrogen as an innovation and industrial policy opportunity for Germany of the century,” said Germany’s research minister Anja Karliczek. “We want to make our country the leading market and global leading provider of hydrogen technologies.”

The EU’s next education and student exchange programme will be more inclusive, greener and more digital than before. It will also be open to adult learners and help modernise higher education institutions.

The Parliament initially demanded a budget of €46.7 billion for Erasmus+, however, after several years of campaigning and negotiations with the EU Council, it settled for €26 billion.

“Even though the budget is not as ambitious as we perhaps would have liked to have seen it, I think that here we have managed to achieve a 60% increase in financing compared to the last MFF [long-term EU budget],” said the Parliament’s Erasmus+ rapporteur Milan Zver.

The next step will be for the MEPs to vote the text into law in a plenary session.