In a recent letter discussing a planned reorganisation of the Academy of Sciences, State Secretary Zoltán Kovács made several assertions I wish to refute.

Contrary to what he said, Hungary has never had a “vast research network”. Higher education and research institutions, taken together, have been grossly underfinanced, as has been pointed out repeatedly by none other than the new minister of innovation and technology, László Palkovics, whose initiatives are praised by Kovács in his letter.

Palkovics did not, as Kovács puts it, “set out to modernise the Hungarian Academy of Sciences”. Rather, he is trying to overhaul the structure and objectives of its research institutes, which have not hitherto been subject to direct government control. The Academy’s annual reports to the government and its biennial reports to Parliament have given sufficient information upon which to base the implementation of financial or other measures, should the government have been dissatisfied with its work. Needless to say, this has never happened. Moreover, the government is represented by three members in the 15-member Academy board that determines, among other things, the research programmes and budgets of the individual institutes. If Palkovics is dissatisfied with the activities of the Academy’s research network, he could have initiated a change in the composition and responsibilities of the board. Instead, he has, in effect, appropriated the entire funding of the network.

One of Kovács's most serious misrepresentations of the facts is his claim that the research institutions “have been working according to the same obsolete rules for the past 80 years”. Apart from falsely projecting the creation of the Academy's research network back to 1938/39 - i.e., about 10 years before they were actually founded in and after 1949  -  he must be aware that its original rules, dictated at the outset by the ruling Communist Party, were substantially and continually revised in the course of the three decades or so that followed the 1956 revolution, and were radically changed following the fall of Communism by the law on the Academy enacted in 1994, instigated by two staunch anti-Communists, Minister of Education Ferenc Mádl and President of the Academy Domokos Kosáry. In any case, the research institute network was completely overhauled and streamlined in 2012.

Kovács encourages the Academy to violate a number of laws and regulations governing its financial activities by suggesting that it “has all the legal means to advance, rearrange, transfer and finance any temporary or permanent project, either from this year’s budget or from the remainder of previous ones.” This has been repeatedly pointed out in detail in correspondence with the Ministry.

It is certainly the case that Hungary fares rather poorly in innovation statistics. However, it is a very small section of the Academy network that can be blamed for this, since most of the network is engaged in basic and applied research. Even so, there is ample information on its homepage concerning its achievements in this field as well.

Currently, a haphazard funding project is being advertised by an office of the Ministry, calling on directors to apply for funding by giving detailed reports of all their research teams’ activities over the past three years and providing their rank-order, with a one-month deadline. Decisions are to be expected in a further month’s time, prompting fears of the exclusion of some of the teams that may find themselves beneath a red line drawn by the powers-that-be. This is our own farcical version of a research appraisal and funding exercise, whatever Kovács believes to be the case.

István Kenesei, Professor Emeritus, Former Director of the Research Institute for Linguistics, of the Hungarian Academy of Sciences 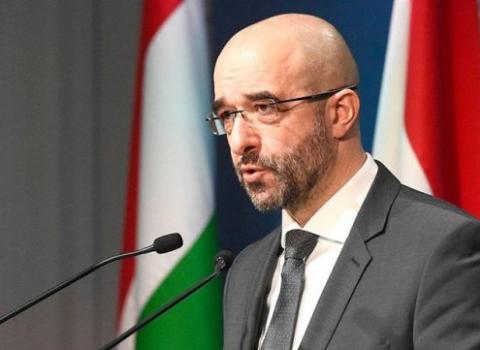 The fight over the Hungarian Academy ‘is not about academic freedom,’ an Orbán spokesman argues

A planned reorganisation of Hungary’s main research system has been criticised internationally as a thinly veiled attempt to police troublesome scientists. In reply to a Science|Business article on the topic, Orbán spokesman Zoltán Kovács argues that ‘Hungary is increasing funding for the R&D sector.' 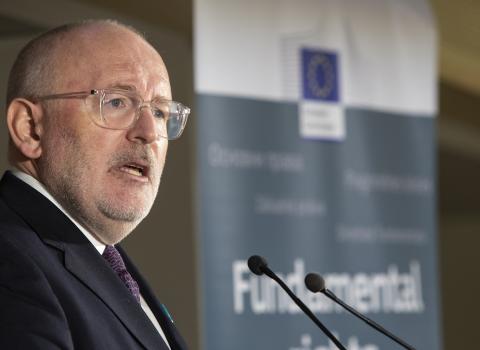 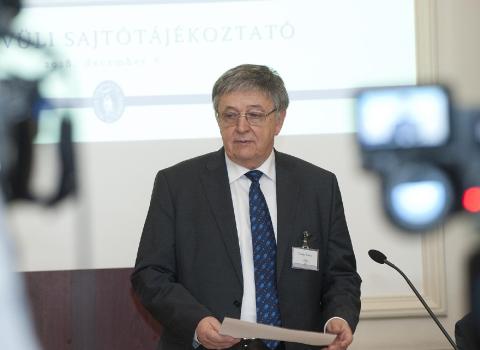 The fight over the Hungarian Academy ‘is not about academic freedom,’ an Orbán spokesman argues
31 Jan 2019