The fight over the Hungarian Academy ‘is not about academic freedom,’ an Orbán spokesman argues

A planned reorganisation of Hungary’s main research system has been criticised internationally as a thinly veiled attempt to police troublesome scientists. In reply to a Science|Business article on the topic, Orbán spokesman Zoltán Kovács argues that ‘Hungary is increasing funding for the R&D sector.'

While reading your article, I couldn’t help but notice that the text clearly lacks some of the most essential facts. Let me give you the whole picture on the topic of research funding in Hungary.

Your article claims that the Hungarian government “is continuing its crackdown on academic freedom” and “attempts to put the research institutes of the Academy of Sciences under direct political control.” Our goal has always been to develop the organisation and infrastructure of Hungary’s vast research framework. The Ministry for Innovation and Technology has set out to modernize the Hungarian Academy of Sciences – and other institutions in the field – by adopting international best practices. How could we expect innovation and development from research institutions that have been working according to the same, obsolete set of rules for the past 80 years?

Unfortunately, despite considerable potential, Hungary’s R&D performance still ranks below the leading European countries. With some change and restructuring, Hungary could soon achieve its full, innovation potential, especially within priority economic areas, and become a frontrunner at a European level.

Contrary to assertions made in your article, the government aims to increase the funding for the R&D sector to exceed 1.8 percent of GDP by 2020. Besides strengthening the role of the state, the plan calls for additional involvement of corporate funding to generate approximately 330 billion HUF additional resources. This sum could be utilized to raise the quality and competitiveness of higher education and other research institutions.

These additional resources will make it possible to build a new structure that would increase effectiveness and establish a more realistic distribution of resources, rather than put the Academy of Sciences under alleged political control.

The proposals currently on the table suggest that in the future, innovation and research funding should be separated. The new funding scheme would rely on three pillars, supporting excellence, societal challenges, and innovation-driven research. Thus, thanks to the new structure and guidelines, research would be more responsive to current national needs and that would be a priority in determining strategic directions, financing and evaluation of effectiveness.

Responding to the concerns raised in the article regarding the future of research institutes and financing, all I can say is that the Academy of Sciences has all the necessary assets to finance its operation.

The framework conditions prescribed by law fully guarantee the appropriate degree of freedom of management for the Academy of Sciences in order to carry out temporary resource reorganisations and other measures required for its smooth operation within its own sphere of competence.

Once again, the Academy of Sciences has all the legal means to advance, rearrange, transfer and finance any temporary or permanent project, either from this year’s budget or from the remainder of previous ones. Any statement that claims otherwise simply doesn’t square with the facts.

It’s clear that these 80-year-old, obsolete rules for funding research need to be redesigned. International experience offers plenty of best practices, and the effective implementation of these measures is in the interest of all stakeholders.

Editor’s note: This Letter to the Editor is a response by Hungarian State Secretary Zoltán Kovács to a Science|Business article on a proposed change in the governance of the Hungarian Academy of Science. Contrary to what the letter states, the article did not critique the amount of proposed funding; rather, it quoted government opponents criticising the reorganisation’s method and probable harm to academic freedom. We publish this letter because we support open dialogue. In that spirit, we also publish a report of European Parliament debate 30 January on the rule of law in Hungary. 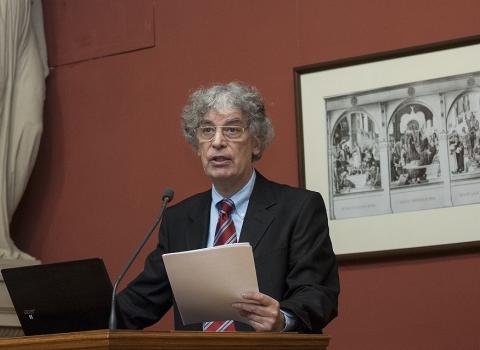