How Europe can step-up shift to clean hydrogen power

EU leaders increasingly regard clean hydrogen power as indispensable to Europe’s competitiveness and for limiting global warming to 1.5 degrees Celsius.

“This is the time to invest in Europe's leadership on hydrogen, for our own sake and for the world's sake,” European Commission President Ursula von der Leyen said in a speech on 29 November to mark the beginning of European Hydrogen Week. The EU started investing in new generation electrolysers before the rest of the world, making it the global leader in patents and publications on this technology, von der Leyen noted.

The second edition of European Hydrogen Week brought together more than 2,000 participants from the public and private sectors to review progress and look ahead to new opportunities for the production and use of hydrogen throughout the economy.

The Clean Hydrogen Partnership, launched at the event, will build on 13 years of cooperation between public and private sectors through the FCH JU to help innovative technologies graduate from the experimental phases to be exploited by industry, businesses and consumers for the benefit of Europe.

The need for cooperation, for connecting the various stakeholders and sectors, was a recurring theme of the event, as was the urgency of turning plans into reality. Policymakers called for decisions on large investments to be synchronised and multiple projects linked to create a snowball effect and build a viable market. “The synergies and joint agenda have been well identified politically,” said Jean-Eric Paquet, director general of DG Research and Innovation. “Now it needs to happen. You can count on Commission services to support this agenda.”

Europe needs to learn from the “solar panel story”, added Dr Fatih Birol, executive director of the International Energy Agency. Europe was first to begin manufacturing solar panels, with taxpayer subsidies. Twelve years later, eight out of 10 panels are made outside the EU.  Developing a hydrogen economy is a “marathon” and Europe has to work, stubbornly and consistently, with partners from the Americas, Asia and Africa, to maintain the lead it had built up, he added.

Frans Timmermans, executive vice-president of the European Commission, echoed these sentiments, emphasising that Europe has to be “proactive and daring” with hydrogen to avoid the “painful” solar panel experience. “I want the EU to take a clear lead in establishing a framework for a global hydrogen economy,” he said, while noting that interdependency with partners, including Africa and the Middle East, is essential to ensure security of supply, strengthen industry and support the global energy transition.  “While the dynamics are there, we still need to do a lot,” added Timmermans. “Global trade in hydrogen does actually not exist today. Clean hydrogen is still far too expensive everywhere, so technology cost reductions and scale-up are urgently necessary.”

The hydrogen value chain is expected to employ more than one million people by 2030 and five times as many by 2050. The challenge is to find these skilled workers, and the trainers. The sector needs to upskill, reskill and attract women and young people to the sector. Stimulating the interest of young people could be done by disseminating success stories and use of clear, non-technical language to explain the importance of hydrogen, suggested Ana Nikolov of the Institute for Cross-Border Cooperation.

Manuela Geleng of DG Employment said the Commission has already invited the hydrogen sector to join its numerous initiatives, notably the flagship Pact for Skills. Meanwhile, Erasmus+, Horizon Europe and other initiatives are increasing collaboration between industry and the academic world. These two sectors need to work together, noted Begoña Arano from the Marie Curie Programme of the European Commission.

The Clean Hydrogen Partnership plans to ensure that funding from various instruments is channelled to the right places by building a centralised database – a knowledge hub - connecting the European Commission with Member States and supporting researchers and policymakers.

With the rise of fake news, the need for trustworthy, reliable information is vital, said Hélène Chraye of DG Research and Innovation. The hub must safeguard intellectual property and protect confidentiality, while a standardised template will ensure harmonised reporting, said Dirk Beckers, director of the European Climate, Infrastructure and Environment Executive Agency.

A spider in a web

Speaking during a panel discussion on scientific priorities, MEP Christian Ehler contended that the EU should engage in science diplomacy with North Africa, exchanging technology for electricity produced from solar energy, while supporting sustainable development in Africa.

However, Ehler also cautioned that building a hydrogen ecosystem will require tens of thousands of legal decisions, which could become an “administrative nightmare”. Virtually every industrial site in Europe would have to be refurbished, an undertaking the scale of which had not been seen since the end of World War II.  This means the Clean Hydrogen Partnership has to be like a “spider in a web”, integrating systems and coordinating research, investment and regulation, linking industry with research and development, he said.

Rosalinde van der Vlies, DG Research and Innovation, said building such an ecosystem would also require the connection of investment programmes, such as the EU-Catalyst partnership and Horizon Europe. She likes – in principle – the idea of regulation-free zones, so-called ‘sandboxes’, to encourage innovation and experimentation. This could contribute to more effective implementation of hydrogen valleys, which showcase how the hydrogen economy could work on a local level.

From megawatt to gigawatt capacity

Europe is the global leader in electrolyser technology and has the funding and capacity to scale up to gigawatt capacity. However, the “additionality requirement” – to ensure that electrolysers are powered by new renewable energy capacity – is a major hurdle to doing so, said Niels Aldag, the CEO of Sunfire, and Jon Løkke, the CEO of Nel Hydrogen. Electrolyser manufacturers have no control over the commissioning of renewable energy capacity, they added. “It will stall development in Europe and we will have to build our electrolyser plants in the US or Asia,” said Løkke.

Europe had built up an “amazing expectation” for hydrogen and cannot afford to trip up in the last stretch by failing to bring innovations and technology to the market, he added. Løkke also called for the European Commission to establish a simple mechanism enabling producers to sell renewable energy to the grid.

To stay ahead, the EU has to increase the pace of technology development and implementation, with the help of industry-research partnerships, added Capella Festa, GENVIA’s chief operations officer.

The EU Hydrogen strategy unveiled in July 2020 has faced criticism for being premature and for being too ambitious, said European Commissioner for Energy Kadri Simson. Yet 15 Member States have already committed €9.3 billion to hydrogen uptake in their Covid-19 recovery plans.

The Commission’s hydrogen and decarbonised gas market package, to be made public on 14 December, will set rules for the design of the hydrogen market to give certainty to investors and ensure scaling-up of projects, foster integrated energy system planning and promote consumer engagement.  “We have accomplished much in the past 16 months for hydrogen in the EU. We may disagree on the details, but we certainly agree on the direction,” Simson said.

Still, the success of EU’s Fit for 55 package (to reduce greenhouse gas emissions by at least 55 percent by 2030) depends on a step-up in financing, the rapid development of technology, research and development, and large-scale deployment, he noted.  The EIB estimates that half of the emission-reduction technology needed to achieve the 2050 climate neutral goal is still at prototype or demonstration level.

Whether bankable industry-use hydrogen projects see the light of day sooner rather than later will depend on legal frameworks and government support, Peeters added.

The Clean Hydrogen Partnership has invited all sectors, including the wider European scientific community, to define the strategic scientific priorities for the hydrogen economy and ways to bridge the gaps between ready-to-market technology and large-scale uptake, while improving and diversifying the technological options.

There is strong support for the Clean Hydrogen Partnership to fund activities along the whole hydrogen value chain and across technology readiness levels (TRL). The latter is particularly important, as on one hand early demonstrations are necessary to provide feedback on the developed technologies, while on the other hand, low TRL research is essential to provide the next generation of technologies.

There were also calls for the Clean Hydrogen Partnership to consider local and regional particularities, as optimal production and distribution solutions are heavily dependent on the local specificities. At the same time, improving manufacturing capacity and strengthening the capability for mass production, through joint efforts of research with the industry, is critical for the envisaged scale up.

Another priority area is the showcase “hydrogen valleys”, which can help identify and resolve issues associated with their operation, such as technical or administrative hurdles. The creation of sandboxes may make for more effective implementation of hydrogen valleys.

To optimise hydrogen production, it will be necessary to find the winning combination of performance, durability and cost among the different forms of electrolysis. Production using organic waste or biogas could complement large-scale production.  For storage, underground demonstration sites are needed, using a variety of technologies, to ensure effective integration of hydrogen within the EU energy system.

Lastly, while research into fuel cells for stationary applications in the EU has progressed well, new manufacturing processes are needed to reduce costs. For aviation, the use of liquid hydrogen will need to be prioritised.

About the Clean Hydrogen Partnership

The European Hydrogen Week marked the public launch of the Clean Hydrogen Partnership – as the successor of the Fuel Cells and Hydrogen Joint Undertaking (FCH JU).

Clean Hydrogen JU will build on the success of FCH JU to accelerate the development and demonstration of a European value chain for clean hydrogen technologies, contributing to sustainable, decarbonised and fully integrated energy systems. The EU will support the Clean Hydrogen JU with €1 billion for the period 2021-2027, complemented by at least an equivalent amount from the private members of the partnership.

The partnership aims to strengthen and integrate EU scientific capacity, to accelerate the development and improvement of advanced clean hydrogen applications. The three members of the partnership are the European Commission, fuel cell and hydrogen industries represented by Hydrogen Europe and the research community represented by Hydrogen Europe Research. 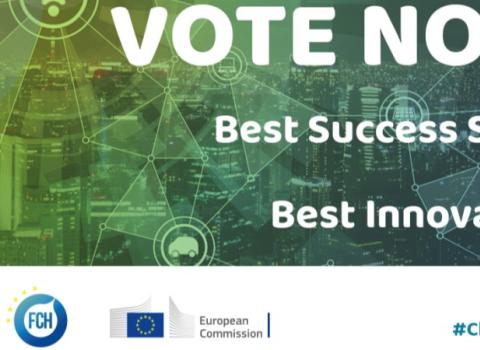 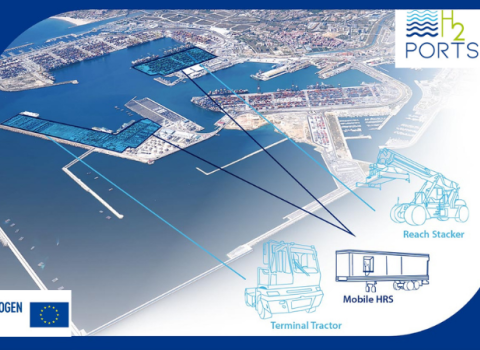 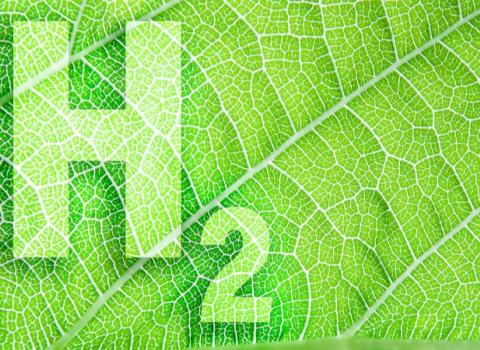