Call them “The Horizon Papers”: For the past few weeks, Science|Business has been publishing European Commission documents leaked to us concerning Horizon Europe, the next EU R&D programme. I want to explain why, and why it should matter to anybody who cares about progress in science and technology.

First, the short version: For several months, thousands of pages of draft planning documents have been leaking out of the Commission, spelling out how it will spend its research budget over the next seven years. We think the Commission should simply publish them: even though succeeding drafts will change, they can still help researchers plan ahead.

But Commission officials won’t do it. So we are publishing the papers ourselves.

Now, the longer version – and bear with me, please. This isn’t a little fuss over some unreadable legal texts. It’s about the fairness, and efficiency, of the EU’s public research and innovation. In the longer term, it could affect how we get new vaccines, slow climate change or reduce social inequalities in Europe. And in the short term, it certainly affects which universities and companies get the money, and which do not.

The Papers and the Papers

Calling them “The Horizon Papers” is admittedly cheeky of us: Unlike the more famous US Pentagon Papers about the Vietnam War, there’s nothing in these documents that’s secret – or at least, nothing that should be. These are thousands of pages of draft texts, which the Commission intends to finalise and publish in a few months, as it gets ready to start spending the Horizon money.

For the most part, they are drafts of the so-called work programmes with which the Commission plans and explains how it will spend the money. They fill in the many blanks in the programme’s authorising legislation – the key details a would-be grantee needs to know when planning to seek funding. For instance, the European Innovation Council work programme spells out how it will spend its €1.5 billion budget for 2021 – important for hundreds of small tech companies. The “widening” work programme signals what the Commission will do with €3.3 billion to promote east-west research collaboration. Also leaked is the standard grant contract and application template.

Why does any of this matter? If you’re in a big company or university, with the resources to choose among priorities, these funding roadmaps help you plan ahead: to strengthen a research team in a particular field, or start assembling a new research consortium that will be well-placed to apply for the money. Given that your odds of success at winning a grant were under 12% in the old programme, and could well be lower in the new one, more time to plan can push up your odds. Further, some researchers use the information to lobby for their pet projects to be written into the final plan.

But these documents aren’t yet publicly available. The Commission has not yet published them. Instead, they are circulating privately by email and online post, haphazardly (if you Google, you can find some of these already posted on university or association websites, some open and some closed). That means that those researchers who know the system and have the right contacts can read them now – and indeed, have been doing so all through last year as one draft succeeded another. And – would it surprise you? – those with the best contacts are typically at multinationals or rich northern universities. This is the “oligarchic” research system that was singled out, in a superb European Parliament study in 2018, as one of the reasons why researchers in poorer, remote institutions win so few Horizon grants.

What’s the problem? Why doesn’t the Commission either plug the leaks, or publish the drafts itself?

Plugging is virtually impossible. There are hundreds of officials and experts around the EU who are part of the planning process. Many of the leaks come not from Brussels, but from the member state capitals – where officials recognise the importance of the drafts and sometimes pass them to contacts; the member states have a vested interest in ensuring that their teams win. And anyway, there’s no obvious legal tool with which to stop the leaks. This isn’t classified information, with legal penalties for loose lips.

So why not publish? In part, the Commission is institutionally shy of publishing draft documents, because it knows the member states want to argue about the details privately, cutting deals: I’ll back your agenda if you back mine. Backroom deals don’t happen on a public website. Further, the long wrangling last year over the EU budget means Horizon Europe isn’t yet ready to start (notwithstanding the Commission’s fancy “launch” event on 2 February ). There are a lot of legal steps to be completed, including a final, confirmatory vote in the European Parliament. Until that’s done, the Commission is legally shy of publishing any details.

And so, we at Science|Business decided to do something about it ourselves. Through Mr Google and our own contacts, our core news team – Goda Naujokaitytė, Florin Zubaşcu, Éanna Kelly, Nuala Moran, Maximilien Guelette and myself  - have been gathering as many of these draft documents as possible, writing summaries and publishing as soon as possible, no thanks to the Commission. In fact, a Commission spokesman, when asked about these papers, responded: “we don’t comment on leaked documents.” Mille grazie. (In fact, some Commission officials agree with us, and have been referring researchers to our Website to read the documents there. Thank you.)

But, you may ask, why all this fuss? Why do I care?

As a journalist – first for the Wall Street Journal and now for Science|Business – I have been following EU Framework Programmes since their start in 1984. This leakage is not new: I have seen it repeatedly (and yes, journalists like leaks; but we also like fairness.) In 2013, a similar parade of leaks attended the start of Horizon 2020, and we published some of the work programmes then. But this year, it’s on a bigger scale. It is now systemic. And that’s dangerous. If the impression grows that Horizon Europe is a game rigged for the well-connected, it risks being undermined.

Science is a force for good, and somebody needs to pay for it. With matters of public interest – pandemics, climate change, social inequalities – better the government foot some of the bill and steer research for the public good, rather than leave it solely to private entities and private interests. A timely example: the COVID-19 vaccines we now hail simply would not exist today if the European Commission, the German and Spanish governments (to name two with strong coronavirus labs), the US National Institutes of Health and other public bodies had not paid the lab bills year after year, with no obvious prospect of immediate return.

But to sustain such successes, public research programmes need popular support. They can’t appear to be rigged games. And so they must be transparent. Horizon Europe must not only be, but be seen to be, fair and open to the best and brightest. We urge the Commission to fix this systemic, absurd problem before it’s too late. 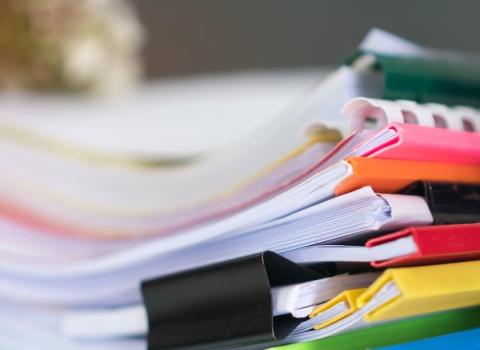