Time running out for a deal on Horizon Europe

Despite some progress, EU legislators were again unable to strike a hoped-for deal on the EU’s next big research programme. More talks are scheduled for 19 March.

The European Parliament and the EU Council may be running out of time to settle their differences over the Horizon Europe research programme before the May elections, after a 14 March meeting failed to deliver a conclusive agreement.

There had been hopes of a deal in the fifth round of negotiations in Brussels on the morning of March 14th. But despite some progress, according to multiple sources, the two sides remained at odds over parliamentary proposals for wage subsidies to be paid to researchers in poorer member states, and over the best way to support start-ups through the European Innovation Council.

Horizon Europe is the successor to the current Horizon 2020 research programme, which expires at the end of next year. The Commission has proposed a budget of €94.1 billion. The parliament wants €120 billion. The final budget numbers aren’t expected to be settled for several months, but at the moment the negotiators are rushing to pin down an agreement on the content of the programme.

If Parliament’s rapporteurs can strike a deal with the Romanian presidency of the EU Council in new talks scheduled for 19 March, then there is still just enough time to get the agreement approved in Parliament before the May elections, allowing the European Commission to begin the prep work necessary to start the programme on time in 2021. But the point at which that becomes impossible is fast approaching.

Among the sticking points: MEPs want Horizon Europe to add a 25 per cent bonus on top of all personnel costs paid to researchers in poorer member states with less clout in cutting-edge research. Although countries such as Hungary and Romania have pushed for more EU research money to be spent in their countries, the council’s common position opposes the measure.

Member states also oppose parliamentary amendments to the EIC Accelerator, a part of the programme that aims to speed scale-up of European tech companies. MEPs want to ring-fence 40 per cent of the Accelerator’s budget for grants exclusively, as opposed to loans, equity, or a combination of the three.

There was some progress at the meeting, however. Sources said they are close to settling a dispute over who should get the final say on key parts of Horizon Europe. MEPs are offering to give member states control over the programme’s strategic planning in return for a decisive vote in the Parliament on the broad themes for the “missions,” which will fund research on tackling specific problems like cancer or water pollution. Though there appears to be a tentative agreement on the matter taking shape, it is not yet guaranteed to hold.

As with other funding programmes, such as Digital Europe and the Space Programme, there will be no meaningful talks on the size of the budget until member states can agree unanimously on the EU’s next seven-year financial plan, the multiannual financial framework. 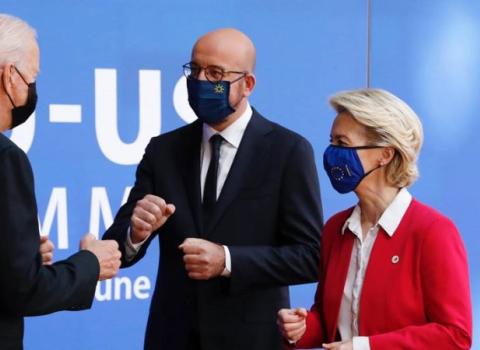