Pilot version of the European Innovation Council will receive a €300 million boost to its budget, to help it start investing in small businesses

The European Commission  scaled up its campaign to create a new way to fund innovation in Europe, promising a €300 million budget boost to help a planned funding agency start buying shares in small European technology companies as early as this year.

The initiative, to form a European Innovation Council, aims to create more world-scale tech companies in Europe with a budget that will eventually top €1.5 billion a year. It aims to seed “disruptive” innovations – in virtual reality, self-driving cars, new materials and other fields that can make Europe more competitive.

The EIC will, for the first time in EU R&D funding, include equity investment alongside more traditional forms of grant and debt financing for small tech companies. The €300 million extra budget for what has so far been a small pilot programme will bring total funding this year and next to more than €2 billion. At the same time, the Commission announced grants to 68 more tech entrepreneurs under the pilot programme, and said it will start recruiting programme managers and 15 to 20 “innovation leaders” for an EIC Advisory Board to help steer the initiative.

The idea of the EIC is to allow small and medium sized enterprises (SMEs) to get larger investments faster and more easily than at present from EU programmes. The Commission is promising it will be a “one-stop-shop” for tech companies, and will operate much like a venture capital firm. The SMEs won’t have to wait for a relevant call for proposals; instead, applicants define the scope of the project themselves.

“We were funding innovation in a top-down manner, telling people what to do,” said Carlos Moedas, the research commissioner, who has made the EIC his signature initiative. He said the idea with the EIC, by contrast, is that “you should listen to innovators, and listen to them what they want to do.”

The EIC is one of the contested areas of the forthcoming Horizon Europe research programme, the successor to Horizon 2020. The Commission wants the EIC from 2021 to 2027 to help businesses scale-up on a total budget of €10.5 billion. But some members of the European Parliament want to reserve a chunk of EIC resources just for grants rather than equity, and think the EIC is getting too large a share of the Horizon Europe budget.

The pilot version of the EIC is already up-and-running via the Horizon 2020 programme, with a budget of €2.7 billion through 2020. However, for 2019 and 2020, the Commission is going to add €300 million to the EIC pilot’s budget by cutting other parts of Horizon 2020 set aside for loans, such as InnovFin.

The Commission also wants the EIC pilot to begin buying shares during the life of the current research programme, something Horizon has never done before. To do it legally, the Commission plans to work with the European Investment Bank to set up an arms-length investment vehicle – but exactly what form that will take, or which country’s law it will be constituted under, hasn’t been worked out yet.

Commission sources said they hope to have the investment vehicle up and running in the Autumn of 2019, because the EIC will start accepting applications for ‘blended finance’ – a mix grants, loans, and equity – in June, and will begin assessing them in September.

On the same day as the announcement, 18 March, the Commission also published a list of 68 SMEs that had received a total of €120 million in grants from the EIC pilot. Moedas said they were chosen from more than 6,000 applicants – and of them, 500 were given VC-style, face-to-face interviews. They include a Finnish venture, Varjo Technologies oy, that got a mix of Commission and private capital to launch last month what it claims is the world’s highest-resolution virtual reality headset, for automotive and other industrial designers to visualise their blueprints.

“The EIC funding was a game-changer” in getting the capital together for the venture, said founder Urho Konttori, speaking at the Brussels news conference at which Moedas announced the EIC plans.

The Commission also published a call for applicants to the EIC Pilot Advisory Board. The Commission is looking for 15 to 20 successful entrepreneurs, investors, researchers, and others with a strong background in relevant fields, like technology transfer and innovation agencies. The board is to advise on the EIC pilot through 2020, and plan for Horizon Europe thereafter. It can also make innovation policy recommendations, and act as an ambassador to “increase the visibility” of the programme. Applicants have until 10 May to apply.

On top of the search for board members, the Commission said it would soon publish a recruitment call for ‘programme managers,’ who Moedas said would play the role of ‘spotters’ of promising SMEs in the member states. The aim is that they function more like conventional venture-capital talent scouts, finding innovators worth supporting, rather than as bureaucratic project administrators.

One purpose of the EIC buying shares is that it allows it to make more money available than with grants alone. If EIC-supported companies succeed, the dividends go back into public coffers, Moedas said. Equity is already available from other instruments, such as the Juncker Plan, but the EIC will enable applicants to acquire grants, loans, and equity through a single application under the Horizon programme.

In the press conference, Moedas said that last year, there was more than six times as much venture capital investment in the United States as in the EU. The hope is that EIC financing will make it easier for European small businesses to make larger successes of themselves.

Gerhard Huemer, economic policy director at industry association SMEunited, said there are two problems underpinning Europe’s investment gap. One is the sheer lack of available finance in Europe compared to the US. Huemer said that makes public investment necessary, and added that governments also generally create fewer market distortions when lending money or buying shares than when they hand out grants.

But the other problem, said Huemer, is cultural. “A German entrepreneur is not as interested in getting external equity because he wants to keep control of his company,” he said. Shareholders generally get some say in how a company is run, and the larger their share, the more influence they have.

EIC blended finance could benefit university projects too. Some universities have successful tech-transfer offices, that help new companies to spin-out with viable business models from ideas that began as research projects inside the university.

However, whether or not universities benefit from the EIC’s blended financing could depend on the country they’re in, said Lidia Borrell-Damián, director of research and innovation policy at the European University Association. But “in some countries universities are not able to generate for-profit organisations.”

While the Commission has full control over what it does with the EIC pilot under the current programme, it hasn’t yet cut a deal with the  EU Council and Parliament over the longer term plans for 2021 to 2027.

The lending and equity components of EIC support would come out of what’s known as the EIC Accelerator, and MEPs want to reserve 40 per cent of the Accelerator’s budget for grants alone, and not for loans or investments. But the Commission originally proposed that the whole of the Accelerator’s budget be available for all three types of support, while the Council is reluctant to talk much about money until the EU’s long-term budget, the multi-annual financial framework, has been agreed.

Given that the EIC is a new and still relatively untested model, some MEPs are also concerned that the Commission’s proposal gives the EIC too large a share of Horizon Europe’s budget – €10.5 billion over the seven years, which is about 11 per cent. The Parliament wants to increase the Horizon Europe budget from €94.1 billion, as proposed by the Commission, to €120 billion; but it is agitating for more money to be spent on other priorities, such as helping east European members boost their R&D capacities.

Also unresolved is the question of which non-EU countries will be able to participate, which is unlikely to be settled before the end of the year because it depends on negotiations over the multi-annual financial framework.

Brexit is at the forefront of the matter of third-country association, since nobody yet knows when the UK will leave the EU, or on what terms. But association is also a pressing issue for countries such as Switzerland and Israel, which are very active participants in Horizon 2020. Swiss researchers are particularly worried about being shut out of Horizon Europe if their country does not ratify a major new agreement on its relationship with the EU.

Negotiators will discuss Horizon Europe again on 21 March, and all sides hope the meeting will produce an agreement on enough of the legislation for the Commission to begin the ground-work necessary to implement the programme on time in 2021. If the talks fail, legislators may run out of time to get any deal through the Parliament before it is dissolved for the European elections in May.

“We have to reach an agreement, really, before the elections,” said Moedas, “but of course, it’s not easy, because normally the points that stay ‘til last are the most difficult ones.” 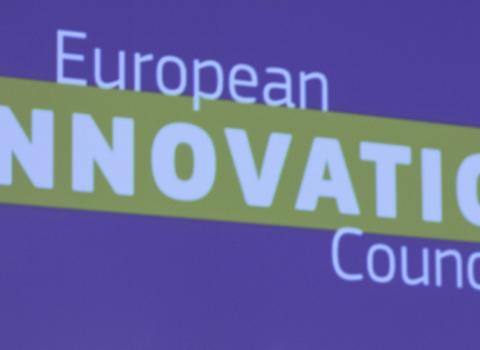 Moedas finds inspiration in Israel and US for European Innovation Council 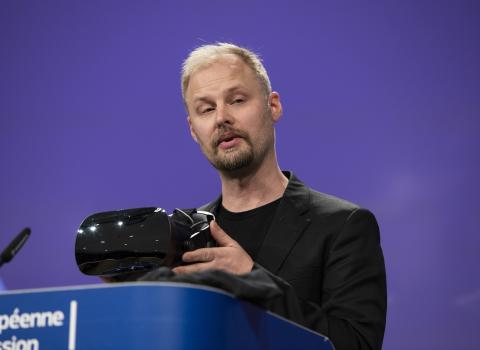 Varjo is one of 1,270 companies funded by the European Innovation Council since the pilot scheme launched in 2017