Viewpoint: We lost the Brexit battle. But we need to fight on

UK science campaigner Mike Galsworthy, depleted after losing his all-consuming campaign to keep UK in the EU, says he has found a new fighting purpose for 2020

The Scientists for EU group is gearing up for 2020 after the desperate disappointment of losing its three-and-a-half year campaign against Brexit - a result that has major implications for research.

Co-founder of the group, Mike Galsworthy, admits he’s “wiped out” but says he is ready to keep lobbying for science in a year that will determine the UK’s future relationship with Brussels.

The country will leave the EU at the end of the month, after the Conservative party won a majority of 79 seats in December’s general election.

“The election wiped me out. I threw a lot into that, raising and spending over £100,000 to fight it,” Galsworthy told Science|Business. “Coming out the other end, you certainly feel depleted.”

On the night of the election, Galsworthy tweeted that he was starting the campaign to re-join the EU.

Now he says, “That is a long-term mission. In order to get there, we have to get through this year. We have to win many hyper-local and immediate battles first before we are on the right platform to make the longer-term argument.”

His advocacy focused on science, but also on the risk of National Health Service (NHS) privatisation under a Tory government. Scientists for EU joined forces with the People’s Vote, a national group, which advocated for a second referendum on the UK’s EU membership.

Losing was frustrating. However, Galsworthy said, “There’s a degree of breathing space in our personal lives now. A hung parliament and People's Vote reorganisation would have been its own big fight.”

Remainers hoping for the UK to stay in the EU, have entered a period of self-searching and grief; some feel bitterness.

Galsworthy says the UK has endured an “intense and frothy” few years. “Last year was bad but 2016 was the worst, in terms of the number of purely nasty sentiments I would see,” he said.

The situation “has calmed down a lot,” Galsworthy feels. It is now up to the government to try and mend the rift opened up by Brexit. The opportunities for healing, “Are there at the moment, but will likely vanish as the government engages [in] an aggressive approach to our EU relationship.”

While the People's Vote argument has “dissolved from the front line” Galsworthy says pro-European arguments “will re-emerge in different forms.”

And he argues that the UK experience has at least re-energised the EU project. “We’ve been a bit of an inoculation for everyone else; a cautionary tale.”

No certainties for research

The UK government has until the end of 2020 to hammer out a trade deal with Brussels, an almost impossibly brief time to fashion a full agreement, as the European Commission president Ursula von der Leyen warned in a speech in London last week.

The government says it is prepared to pay into EU science programmes so that British scientists can apply for funding. But unless the issue is prioritised there isn’t enough time this year to resolve the UK’s involvement in the 2021-2027 Horizon Europe programme, a crucial source of funding and collaboration.

The negotiation with Brussels will force the UK into painful trade-offs, Galsworthy says. “The government is setting up the tide for itself to swim against. They’ve far too much on their plate,” he said.

“There’ll be lots of opportunities to point out the recklessness of Brexit, as it causes aches and pains all over the place.”

He doesn’t believe UK prime minister Boris Johnson will be in a rush to sign up to Horizon Europe. “Associate membership could come at the last minute,” he said.

The government will probably focus, in the short term, on replacing regional investment, Galsworthy says. “The argument from some in government seems to be that regional investment will counter-balance any Brexit effect. But who is going to lose, who will gain from all this? Farmers are going to lose out [on EU funds] and you’re not going to re-train them to be artificial intelligence specialists.”

Working with ‘engineer of Brexit’

Galsworthy is at least relieved the government is backing national science investment. “I genuinely am pleased with their interest in UK science. We are lucky in Europe and the UK that, unlike the US, we do not have suspicion of science embedded into national politics,” he said.

Johnson’s government has committed to raising the UK spend on science and research to 2.4 per cent of gross domestic product by 2027, up from 1.7 per cent.

Downing Street’s key brain trust on science is Dominic Cummings, Johnson’s chief adviser, and one of the main forces behind the Leave campaign in the 2016 referendum.

“Cummings has got a cluster of the right ideas,” Galsworthy says. “He is aware of the relative roles of science and technology in the economy. He knows you also need to support myriad small science teams alongside the trendy mega-projects. He has talked about how our postdocs are being used and abused in the current university system,” he said.

Earlier this month Cummings published a blog that pressed the case for recruiting young mathematicians, physicists and data analysts to the UK civil service. “I agree with this, it’s a good aim,” said Galsworthy.

But generally, Galsworthy is wary of Cummings’ approach, which “seems to be to tear stuff down and mix it up. It’s a risk for us,” he said. “He is the engineer of Brexit, responsible in part for helping to harm the thing – science – he loves. He also holds disparaging views on some people, while being prepared to engage in aggressive populist tactics that are unhealthy,” Galsworthy says.

Galsworthy is concerned the government will push through reforms to research structures without taking the time to listen to what researchers in the country actually want.

“It’s going to take a big effort to engage with Cummings and his colleagues. We’ll have to talk in a language that will appeal to him. For instance, we’ll need to underline how the UK can be a leader of, and dominate, European and global science. We’ll need to be aggressive and enthusiastic with our outreach instead of whinging,” he says.

Editor's note: Headline updated on January 15 to make it clear that Scientists for EU believes case for the UK staying in the EU remains valid 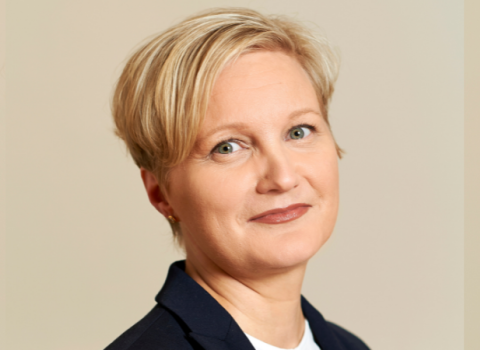 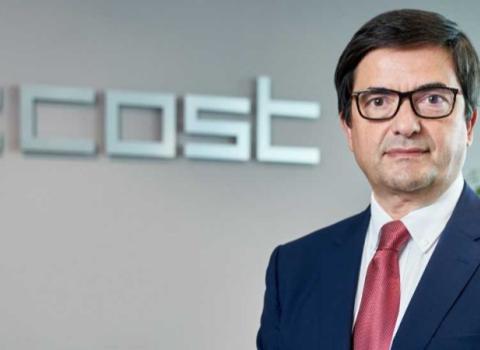