The EU’s new industrial strategy, with its aim of driving innovation in advanced technologies, could lead to established economic development policies being seen as outdated. But tried-and-tested approaches, especially Cohesion policy, have complementary objectives - and an important role to play

The EU is committed to driving green, industrial and digital transformation, to ensure competitiveness, innovation and sustainability for all member states. The industrial strategy announced this week, is a key part of these efforts and has the potential to herald a new era of economic growth and development across Europe.

But to be successful, it is vital this new industrial strategy works hand in hand with well-established EU policies, especially Cohesion policy, which has complementary objectives.

However currently, Cohesion policy - and its budget - is being been called into question more aggressively than ever before, during debates around the EU’s next seven-year budget.

This debate has overlooked the potential of Cohesion policy instruments, such as the European Regional Development Fund, to contribute to the industrial strategy. Policies must of course, be based on evidence of what works and what doesn’t, but it is clear that taking full advantage of the EU’s innovation potential - in line with the industrial strategy - requires that policies make sense at a regional level.

Member states vary in their economic strength, and economic development fluctuates even more sharply at a regional level. Even though Cohesion policy aims to harmonise development across the bloc, it is important to avoid a one size fits all approach, targeting a limited set of high tech sectors.

Instead, greater effort should be devoted to supporting more diverse forms of innovation, that is, not only product innovation but also process innovation, or innovation in managerial practice. It is also necessary to build regional capacity to successfully absorb EU funding.

Cathedrals in the desert

On this point of how receptive a region may be to innovation investment, academic research suggests the best results occur in regions with an appropriate level of human capital and complementary skills. If funding is concentrated in places that are not equipped to properly capitalise on this support, there is a real risk of a ‘cathedrals in the desert’ scenario, where innovation and local collaboration are hindered. Funding for innovation should take advantage of innovation potential already on the ground, where human capital, skills and local infrastructure can all complement each other.

However, as yet there is limited rigorous evidence of the effectiveness and impact of Smart Specialisation programmes, and the long-term value they have delivered (or can deliver). There is some evidence of success, specifically with projects involving public private collaboration, but more research is need, as this is still a relatively new concept within public policy.

For now, there are two key lessons regarding collaboration and prioritisation, which should be taken into consideration for the next generation of programmes under Cohesion policy. A new study by the London School of Economics looks at one scheme subsidising industrial research projects in Italy, which although not a Smart Specialisation programme, has a similar structure. The researchers found that when the choice of partners and nature of collaboration was specified in advance, as a condition of getting funding, projects failed to generate positive results for the firms involved.

To be successful, decisions about who to collaborate with must be the result of an open and unconstrained search for the best possible partners. If we want to tap into innovation potential at a regional level, private companies, whether SMEs or large enterprises, universities and others, need to be able to decide the format and intensity of cooperation for themselves. As it is, large enterprises in a region naturally collaborate with local SMEs, and this collaboration grows at a gradual pace, often as production ramps up. Seeking to define the parameters or pace of such collaborations would be counterproductive to the aim of supporting innovation across the EU.

Another lesson that can be drawn from Smart Specialisation is to be cautious about the prioritisation of specific technologies or industries. When more low tech sectors, or more traditional activities, in energy and energy reduction, agro industrial systems, or cultural heritage, for example, are identified as a potential source of competitive advantage (particularly in less developed regions), policymakers should avoid signalling any preference for funding more high tech sectors. Clearly, indicating a preference for areas which require highly specialised skills could be inappropriate for some regions, which may then be incentivised to pursue the wrong path, when they would have performed better in more traditional fields.

Many less-developed EU regions have submitted applications for funding with a strong emphasis on advanced technology sectors. They are likely to have done this because under Smart Specialisation, some policymakers have signalled such a preference. Whether or not these choices pay off deserves careful evaluation.

In summary, the ambitions of the new industrial strategy - to strengthen innovation and equip the EU for the future, must be supported by a Cohesion policy that accurately reflects requirements at a regional level. Funding should be more flexible - and tailored to the human capital, skills and local infrastructure of the region it is targeting.

Riccardo Crescenzi is professor of Economic Geography at the London School of Economics. You can follow him on Twitter at @crescenzi_r 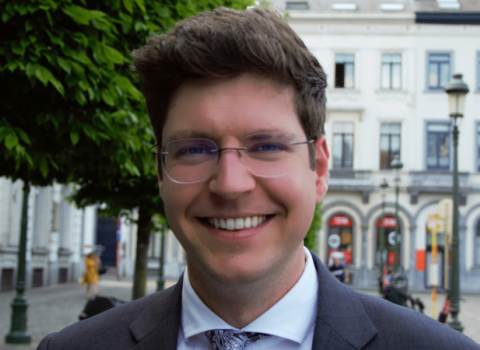 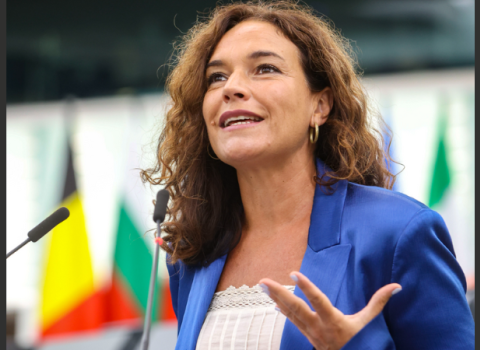