Unwrapping the many gifts of graphene

One of the many problems in the fight against malaria is the difficulty of accurate diagnosis in remote areas with limited medical infrastructure. But that could change thanks to a new miniature testing kit that uses graphene, a material made of carbon with a startling variety of uses.

The MULTIMAL research project is developing a small device that can be used to rapidly identify malaria parasites using saliva samples, without the need for lab equipment.  MULTIMAL is one of eight projects exploring new uses for graphene with support from ATTRACT, a €20 million EU-funded, CERN-led consortium, which has awarded 170 grants worth €100,000 each for one-year proof-of-concept technology projects.

Today’s portable malaria testing kits are “just above flipping a coin,” because they are right only 60 per cent of the time, says MULTIMAL principal investigator Jérôme Bôrme. The disease, which the World Health Organisation says killed 435,000 people in 2017 (nearly all of them in Africa), is caused by five species of parasite that can be easily identified in a lab. But treating the disease in remote towns and villages is difficult because of the lack of reliable portable testing kits, explains Bôrme, MULTIMAL’s principal investigator and staff researcher at the International Iberian Nanotechnology Laboratory in Portugal, which runs MULTIMAL in collaboration with the University of Minho.

Existing tests use a surface that changes colour when exposed to blood containing anti-malarial antibodies created by an infected patient’s immune system. But MULTIMAL aims to identify traces of the parasite itself using graphene: an extremely strong material made from atom-thin layers of carbon arranged in a lattice—like a honeycomb—that conducts electricity differently depending on the molecules its surface is exposed to. The researchers hope that by detecting the electrical “signature” of the malaria parasite on graphene, they will be able to improve the effectiveness of field tests.

Another ATTRACT-funded project, PRINTBIO, uses graphene electrodes in combination with genetically modified bacteria to identify chemicals in water. That can be useful when monitoring pollution, or for quality control in food production, for example. The project is a joint effort between nanotech firm Nanoelectra and the Madrid Institute for Advanced Studies (IMEDIA).

Engineered to generate a tiny electrical pulse when they come into contact with certain chemical compounds, the bacteria are organised—or “printed”—in layers of hydrogel that are structured by a machine. “It’s not just that the bacteria are recognising the compounds,” explains Abraham Esteve Núñez, chief science officer at Nanoelectra, “we are also domesticating the bacteria to report to us what is around.” The researchers are using graphene electrodes to pick up the electric pulses, because graphene is conductive, isn’t easily corroded, and can be modified to maximise contact with the bacteria.

Graphene is more than just a conductor of electricity; it also reflects light in ways that make it ideal for use as pixels in display screens, notes Santiago Cartamil Bueno, managing director of Estonia-based firm SCALE Nanotech. Cartamil is the principal investigator of an ATTRACT project called GIMOD, a partnership between SCALE Nanotech and Graphenea, a Spanish company, to develop low-power, high-visibility, high-resolution, high-frame-rate and high-colour displays using graphene pixels.

Like the e-ink displays used in e-readers—and unlike those used in televisions, laptops or most smartphones—GIMOD’s screens work by reflecting ambient light, which keeps power consumption low and means the display is still visible in harsh sunlight. Pieces of graphene move in tiny chambers, and their position within the cavity determines the colour reflected back. The graphene pixels can display far more colours than e-ink, according to Cartamil.

Because the graphene pixels are so tiny, the resolution is extremely high—up to 2,500 dots per inch (DPI). By comparison, a 40-inch high definition TV supports 55 DPI, and the Sony Xperia 1 II—currently the world’s highest-resolution smartphone—supports 644 DPI. The pixels can also change colour very quickly, allowing smoother moving images: GIMOD is aiming for refresh rates of up to 400Hz (400 changes per second): top-of-the-range household TVs can manage barely more than half that, while Netflix runs at 60Hz.

Televisions probably don’t need to achieve 400Hz or 2,500 DPI, but virtual reality (VR) headsets are a different story. Higher refresh rates are important for reducing nausea in VR, and VR also needs higher resolutions to maintain image sharpness, because the pixels are magnified and displayed right in front of the eye. Cartamil says the first potential applications for GIMOD include augmented reality (AR) headsets, which superimpose information and images on your view of the real world, for use by pilots.

Graphene’s unusual properties can be exploited further by rolling it into hollow tubes with microscopic diameters, called carbon nanotubes. The NanoUV project is using these tubes to improve ultraviolet (UV) light sensors, or photodetectors. Potential applications range from measuring pollution to finding dark matter—a mysterious substance that may make up most of the matter in the universe, despite being impossible to observe directly. NanoUV is a partnership between Italy’s National Institute for Nuclear Physics (INFN), the Sapienza University of Rome, and Roma Tre University.

The project exploits the photoelectric effect, the discovery of which won Albert Einstein the Nobel prize: when electromagnetic radiation, such as photons of UV light, hit a surface, electrons are released. In principle, measuring the electrons means measuring the photons, which is what photodetectors do. But when the incoming light is very faint, the difficulty is finding a surface that doesn’t reabsorb too many electrons before they can be measured. That’s where the carbon nanotubes come in.

As electrons are reabsorbed into the materials, typical UV light detectors are only about 20-25 per cent efficient in detecting individual photons, and 35 per cent is considered extremely good, explains Francesco Pandolfi, NanoUV principal investigator and staff research at the INFN. The NanoUV researchers hope graphene will improve detector efficiency by having the electrons pass through the empty space inside bundles of carbon nanotubes kept in a vacuum, instead of through solid material, minimising reabsorption. The electrons then hit silicon, where they form a current that can be measured. If NanoUV can double the efficiency, “then you would need half the amount of light to make the same precise measurement,” notes Pandolfi.

“Some obvious gains would be to have these detectors being used in dark matter searchers, or surveys of the sky in which single-photon efficiency is crucial,” he says. For example, when studying planets in far-off star systems, "it’s such a faint signal that it’s crucial that you make a very high-resolution measurement,” explains Pandolfi. Another use could be to measure pollutants in the air, such as ozone, which absorbs UV light.

In another research project, called BANDPASS, Romanian researchers are using graphene to create photodetectors that can detect a much broader range of the electromagnetic spectrum than those on the market today, reducing the need for multiple devices made from different materials. A graphene compound called reduced graphene oxide is dispersed in a liquid solution, forming a film, and tiny nanoparticles of carbon are placed on top. When the light hits this surface, the photoelectric effect kicks-in and the electrons are passed to a metal conductor.

The goal of BANDPASS is to develop a photodetector that can detect all wavelengths from UV light (short wavelength) to near-infrared (long wavelength); visible light is in between the two. Current photodetectors cannot achieve that breadth. The new grapheme-based material “can have a sensitivity to all these wavelengths at once,” says Lucia Monica Veca, BANDPASS principal investigator and senior researcher at the National Institute for Research and Development in Microtechnologies (IMT) in Bucharest. “We don’t need several materials, or different materials, to detect light at a certain wavelength. We have one material that can detect light for the whole spectrum, from ultraviolet to near-infrared.”

Silicon-based photodetectors can’t pick up near-infrared light because silicon is transparent at wavelengths longer than visible light. There are compounds that do work and are used in fibre-optic communications, such as indium phosphide, but they’re not fully compatible with silicon-based electronics. Graphene has shown some promise as a substitute, but current designs aren’t efficient enough to make it viable for industrial use. REVEAL aims to solve the problem with a new process that improves on existing methods.

In fact, graphene could underpin a wide range of new sensors, including telescopes: the ROTOR project aims to use the material to help study the universe. Some telescopes pick-up wavelengths in the high-frequency terahertz (THz) spectrum—which is between infrared light and microwaves—in order to peer deep into the universe and draw conclusions about its history. But because the Earth’s atmosphere blocks THz waves, the large telescopes either need to be built at high altitude or launched into space, which is very costly.

By using graphene, ROTOR aims to develop much smaller and lighter THz sensors that can resist ambient radiation, allowing them to be used in space with the same sensitivity as large telescopes. The researchers at the University of Eastern Finland, the Belarussian State University and the University of Salerno also foresee potential applications on Earth, such as inspecting food and identifying chemicals, since terrestrial substances also have THz “fingerprints.”

Indeed, another project, called GRANT, is using graphene to create small, low-cost THz detectors, which could be used, for example, by drones to survey bridges, railways and other infrastructure, or to monitor crops. GRANT’s sensors convert the electromagnetic energy into heat, which alters the shape of a thin membrane in ways that can be read by a laser, like a CD. Researchers at three institutions are contributing to GRANT: The Institute of Materials and the Institute of Nanoscience, both part of CNR, and the Elletra Sincrotrone research centre in Trieste. 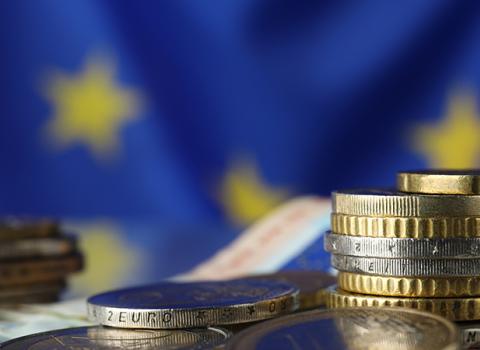 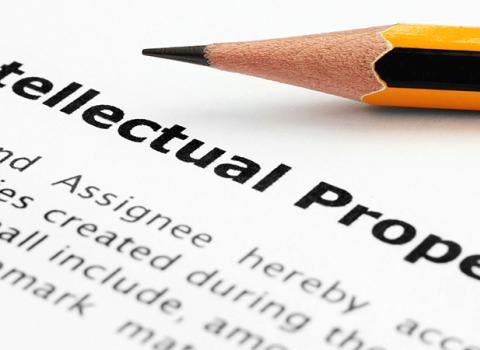 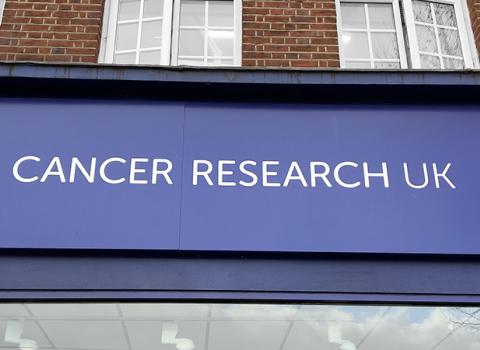 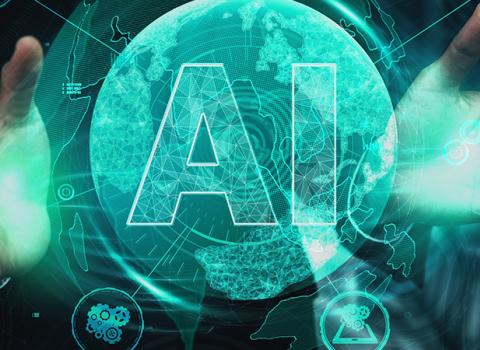