Bernhard Grill, one of the inventors of the popular MP3 audio format, urged European policymakers to “make sure that open standards prevail” to stop monopolies from controlling new innovations in digital media.

In an interview with Science|Business, Grill said it was important “that distribution formats do not end up being controlled by a single company,” as new digital services are frequently offered through proprietary apps that can’t be accessed by other market players.

Grill is director of Germany’s Fraunhofer Institute for Integrated Circuits (IIS), where he leads development of new audio technologies and standards. In 1992, Grill was awarded the Joseph von Fraunhofer award for his role in developing mp3, the audio coding technology that made it easy to share – and, later, to sell – digital audio files over the Internet. Fraunhofer has since developed MP3 successors AAC and HE-AAC, which are used in all consumer electronics devices and services, and a fourth generation is now taking off.

Grill argued that too many new services were in dire need of more open standards. “Whatever media distribution will happen in the future,” said Grill, “I think it’s important for Europe to be independent of single companies that actually control large parts of the media distribution chain, where you actually need to go to these companies because they’re the only ones that make this technology available.”

He said that despite the near-ubiquity of open technology standards, like MP3 and MPEG video, new forms of standardization were necessary to create interoperability within services such as video streaming, as currently such services are wholly controlled by individual companies like Netflix and Amazon, even though they use MPEG video.

Grill also talked about some of the new media technologies that were just around the corner. The next generation of audio codecs, said Grill, “will bring completely new listening experiences to consumers.” He said that one of the new standards, MPEG-H creates 3D sound so immersive “that consumers can experience the live atmosphere of a rock concert or a soccer match in the living room.” He added that television viewers will be able to easily adjust the audio mix to their liking, such as making speech louder and clearer, or picking out the radio chatter of a particular race team in motorsports.

Two other new codecs Grill described are Enhanced Voice Services, or EVS, which dramatically improves the reception and audio quality of telephone calls, and xHE-AAC, which enables reliable music or video streaming even over crowded mobile phone networks, or in areas with bad reception quality.

Looking further into the future of media and entertainment, Grill said a major advance would be finding a way to capture light and sound fields for live-action virtual and augmented reality content. Light and sound fields describe the area around and behind an object. “This ultimately would be the holodeck in Star Trek. I fear that I might not live long enough to see that fully happen,” said the 58-year-old Grill, “but that’s the dream behind [it],” Though he added that MPEG standardization was already leading in that direction. Cracking the light fields problem would mean for example, achieving “six degrees of freedom” in VR content, meaning the ability to move freely throughout a scene and around objects and people. Currently, that is only possible with computer-generated graphics; there is no way to do it with real camera footage. 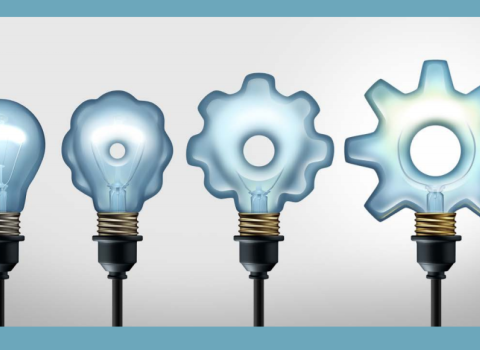 Europe's creative and cultural industries are big, important and growing fast. How can EU programmes help? A Science|Business workshop, supported by the European Commission, gathered suggestions. Here are the results.