Early sketch of plan sees the bloc eager to revitalise US alliance, expand multilateral schemes and cajole China into opening up. The mantra is no longer ‘open to the world’ but ‘EU must no longer be naïve’

EU officials are preparing a global research agenda that will champion new or expanded forms of cooperation with big foreign players and reinvigorate the partnership with an EU-friendly American president.

The plan, which is still being hashed out by the European Commission before its scheduled publication next month, will set out a broad vision of where the EU sees its place in the world and how it wants to interact with research players going forward. EU research commissioner Mariya Gabriel trailed the strategy at a Science|Business event last month, saying it was about telling the bloc’s partners that EU values and principles “are not only simple words.”

EU officials argue the world has changed a lot since 2012 when the most recent EU global research strategy was published. “The trends identified at that time - the doubling of the share of the emerging economies in global expenditure on R&D and the development of a multipolar system - have accelerated further, notably through the rapid rise of investment in China,” says the early draft, which has circulated widely since January.

Among other things, the plan promises:

The draft is candid about the opportunity the EU sees to revive and expand several multilateral research schemes in partnership with the Biden administration. “The change of administration in the US has opened up the possibility of a renewed partnership which can support a global alliance of like-minded partners,” it says.

There is also a sense of optimism that the world can build on the super-charged spirit of cooperation fostered in a year of reckoning with the pandemic. “The numerous international partnerships conceived to respond to the pandemic testify to the potential for broadening and deepening this collaboration,” says the draft.

More than that, however, the plan will articulate a platform for a changed EU – one that promises to be choosier over who it collaborates with, and for what reason. The old ethos of “open to the world” is gone, replaced by the mantra that “the EU must no longer be naïve”.

As the draft says, “The global balance of political, economic and cultural power has shifted markedly in the last decade. Global relationships are rapidly changing, due to the increasing influence of countries with economic and political systems based on values very different from those in Europe, putting into question the established multilateral order and long-standing assumptions about EU interests.”

Behind this wary language is the relatively new fear of dependence, exposed horribly last year as Europe scrambled to secure basic medical supplies against COVID-19, and as witnessed more generally in the debate over limiting collaboration with close EU neighbours such as Israel, Switzerland and the UK in sensitive fields such as quantum and space technology. Critics worry this is the start of a more inward-looking EU, and tension with allies including the UK and Switzerland is apparent.

The heart of the plan sees the EU aiming to revive global collaborative schemes that have waned in recent years, and setting objectives to mirror and amplify the bloc’s own domestic agenda.

“The EU must be a global leader, setting the direction on climate neutrality and on human-centred technological developments, but it must also forge and strengthen bilateral and multilateral partnerships to truly tackle global challenges,” the draft says.

The text talks of establishing a global climate forum “where international partners can identify research and innovation priorities, take commitments to address them together and define a strategy to make solutions available for rapid deployment.” The gathering should be modelled on existing initiatives such as the Intergovernmental Panel on Climate Change, the Group on Earth Observations and Mission Innovation.

The Commission also wants to expand membership of two existing climate initiatives – Mission Innovation, an alliance of 24 countries and the EU that hopes to accelerate the pace of green breakthroughs, and the All Atlantic Ocean Research Alliance, a collective focused on marine research that includes the US, Canada, Brazil, South Africa, Argentina and Cape Verde.

Another general goal is to foster the “ethical development” of disruptive technologies like artificial intelligence and quantum computing. “Europe should take the lead in international standardisation processes for new technologies… with like-minded countries based on shared values and common principles,” the draft says. The fear here, plainly, is the high-tech authoritarian future under construction in places like China, a country that is trialling facial recognition and AI systems at scale to track its people.

The plan also proposes to involve EU member states more in global research planning. Currently, the EU negotiates framework conditions for research and innovation on a bilateral basis. “The Commission now proposes to bring these countries together with EU Member States to explore the potential for deepened cooperation,” it says.

The preferred partner to help see out the EU’s main proposals is the US.

The previous president, Donald Trump, had little interest in cooperating with the EU on anything. He had a general distain for global fora, as evidenced by his abandoning of the Paris climate accord and attempted withdrawal from the World Health Organisation, and was seen as an unreliable and hostile figure in Brussels.

Under Joe Biden, the signals are a lot friendlier, and the prospects have improved for a healthy trans-Atlantic relationship. Last week, in a phone call with the US president, Commission leader Ursula von der Leyen proposed setting up the Transatlantic Trade and Technology Council so both sides can jointly set standards on technologies such as 5G mobile networks and AI. This week, US climate envoy John Kerry visited Brussels as part of his European tour to renew climate cooperation.

Also on the EU’s agenda is the goal of forging stronger links with Africa in areas such as renewable energy.

Currently, the EU has formal bilateral science agreements with five African countries, South Africa, Algeria, Egypt, Morocco and Tunisia. The aim is to “intensify cooperation” with a broader range of sub-Saharan states – listed here is Nigeria, Kenya, Ethiopia and Rwanda.

Beyond cooperation with so-called like-minded states, there is the politically tricky category of autocratic regimes like Russia, which the draft politely includes under “other countries”.

In this early sketch, at least, the ambition for research partnership with Russia is low, with reference to one shared project called Cremlin, which offers funding to aid networking between scientists from big research infrastructures.

More difficult to predict is what the EU can achieve from science cooperation with China.

The effort to establish new rules for cooperation with Beijing is “not an easy exercise”, the EU’s director for international cooperation in research and innovation Maria-Cristina Russo recently admitted.

Though the draft gives few specifics, it appears the bloc will make a gentle stab at cajoling the country towards recognising European norms for research and technology development. One idea mooted is for the EU to stage a high profile showcase on research values, provisionally entitled “International Conference on Ethical and Open Science.”

The text talks about arriving at “a common understanding” with foreign actors on issues including management of intellectual property, research ethics and integrity, academic freedom and foreign interference, and ethical development and application of technologies.

The EU says it will limit collaboration with countries – and the suggestion here is that the Commission means China – that “have not previously provided adequate protections for intellectual property generated in the framework of cooperation under previous EU research and education programmes”.

The document talks generally about difficulties faced by EU businesses in non-EU countries, including for IP protection. “Researchers and students need to feel confident in the partnerships they create, and Europe needs to be sure that, particularly when dealing with sensitive technologies and critical value chains, its interests are protected, particularly when it concerns intellectual property and security,” the draft says.

Political differences with China mean Brussels is not likely to offer a broad partnership under the upcoming Horizon Europe research programme. That is in contrast to a more expansive outreach to other non-EU countries like Canada and Japan, which EU officials are courting for “associate membership” of the programme. The enhanced level of cooperation provides foreign countries the opportunity to compete for funding on the same terms as EU member states.

For sensitive research areas, “that concern Europe’s technological leadership or security”, the EU will limit cooperation to member states and associated countries.

The boundaries of cooperation with non-EU countries, and how the Commission draws them, are already proving controversial.

According to the latest draft plans for Horizon Europe, restrictions will be placed on the EU’s closest research partners in several quantum and space competitions. Until now, these projects were open to association countries, which have negotiated access to EU research programmes.

Officials in Brussels say there are several considerations behind the proposed exclusions, with the main one being that quantum and space are expected to become increasingly important elements of national security. However, researchers fear these bans will set a bad precedent that may be used to justify further research barriers between the EU and its neighbours.

“Today, it’s quantum and space. Tomorrow you will be talking about artificial intelligence and who knows what else,” Tal David, head of the Israel National Quantum Initiative, told Science|Business this week. 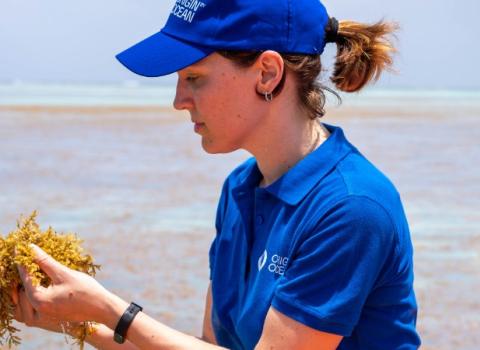