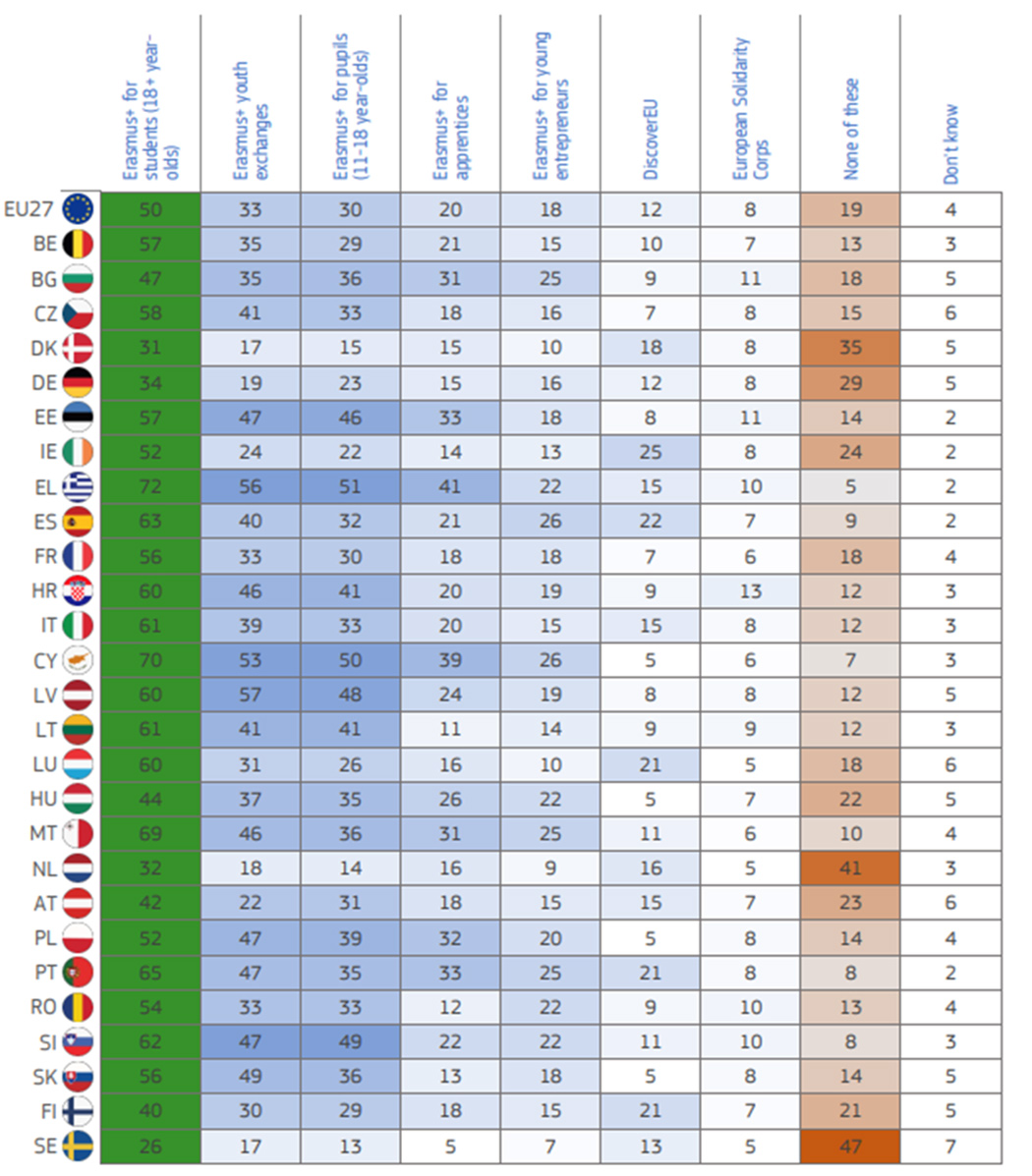 Around half of youngsters in the EU have heard of the Erasmus+ mobility scheme for students, although newer alternative exchange programmes for pupils, apprentices and entrepreneurs are a lot less well known.

In 2020, nearly two thirds of a million people studied, trained or volunteered abroad under the scheme, which had a budget of €3.8 billion.

But despite this, it is far from universally known across the EU, according to an online survey of more than 25,000 people aged 15-30, carried out in late February and early March.

There are big discrepancies between member states: nearly two thirds of respondents in Greece had heard of the Erasmus+ programme for students, compared to just 26% of those in Sweden.

On the whole, awareness is higher in southern Europe but lower in the north and west of the EU, found the report, Flash Eurobarometer 502: Youth and Democracy in the European Year of Youth.