Trust in science soared during the pandemic 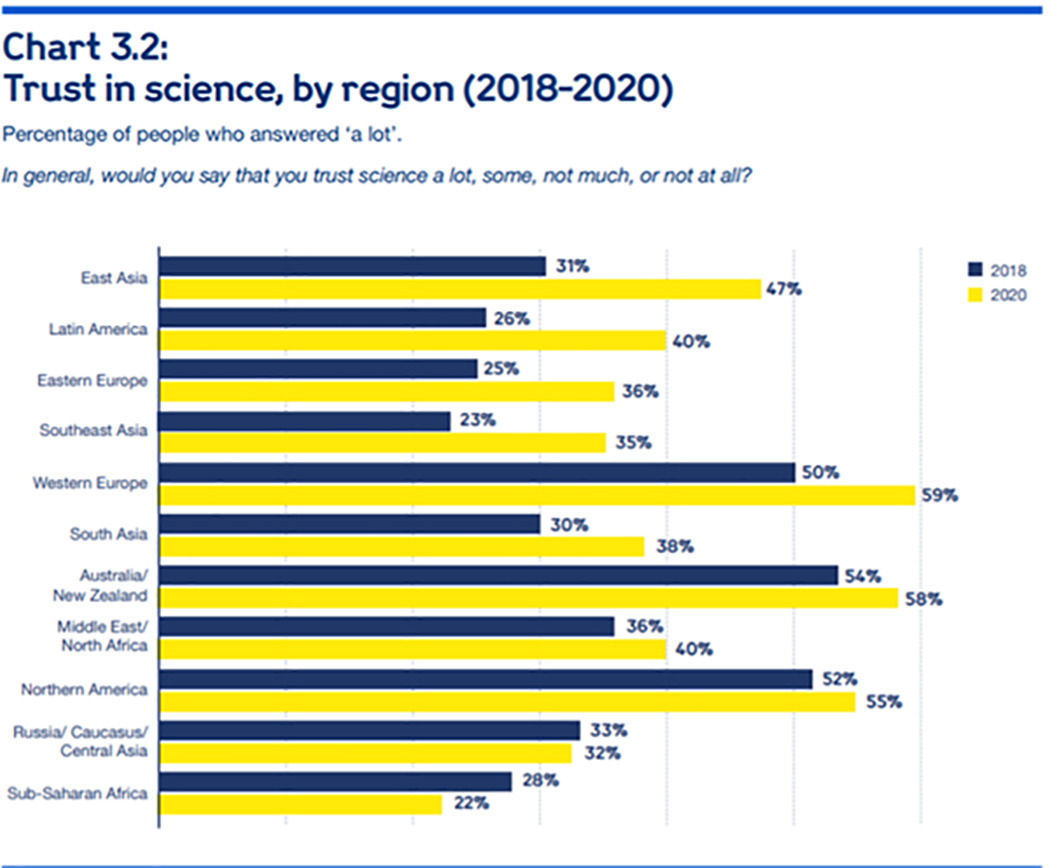 Global trust in science rose in 2020, a new international survey has revealed, possibly because of the increased prominence of scientists during the pandemic.

Trust rose in every region except Russia, Caucasus and central Asia, and sub-Saharan Africa, between 2018 and 2020, according to the survey published by the UK research charity Wellcome Trust. Overall, the proportion of people who say they trust science in their country “a lot” rose by nine percentage points.

There was a more general uplift in levels of trust, with survey respondents saying they had more trust in journalists, doctors and nurses, charities and national governments. Only “people in your neighbourhood” were less trusted than before.

But science and scientists appeared to gain a particular bounce in trust levels. Globally, 43% of people say they trust scientists “a lot”, almost as much as doctors and nurses.

“Increased exposure to science and scientists as a result of the pandemic may have influenced public opinion in many countries,” says the Wellcome Global Monitor.

The survey questioned around 1,000 adults in each of the 113 countries and territories it included.