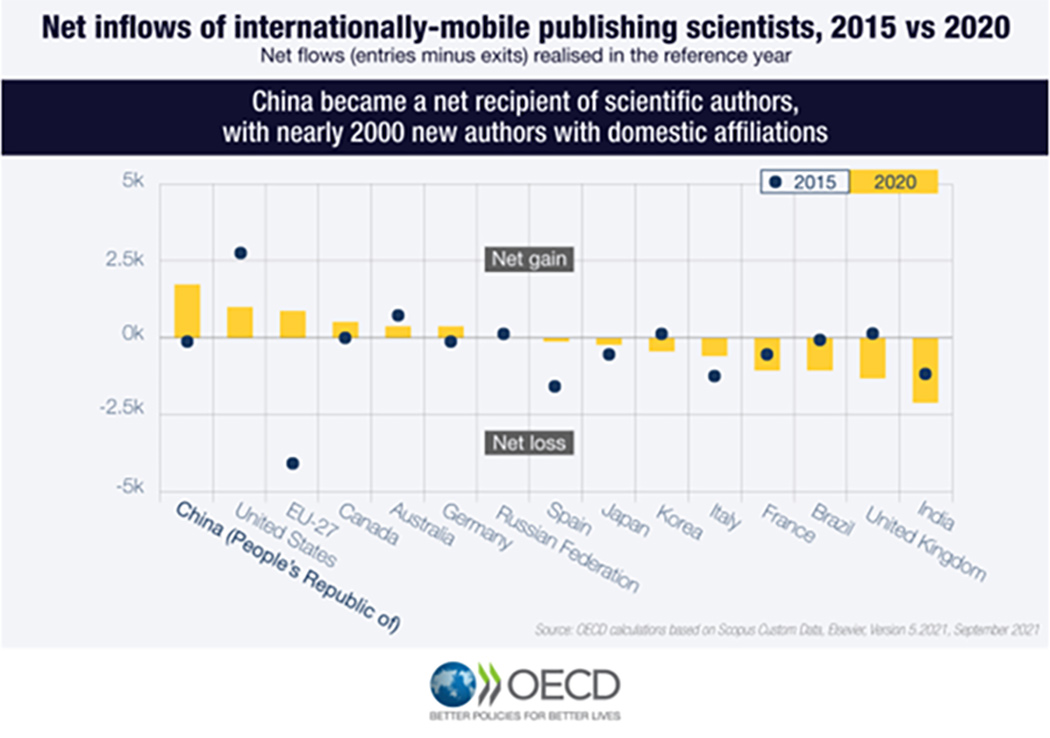 The UK suffered an outflow of nearly 1,300 scientists in 2020, having been a net importer of academics in 2015, the year before the Brexit vote to leave the EU, OECD data shows.

The new analysis of scientific migration data also shows a remarkable turnaround in the fortunes of the US and China.

In the same period, China went from losing scientists, to replacing the US as the world’s most attractive destination. In 2020, a net total nearly 1,800 academics relocated to the country.