Poland and Czech Republic top of the EU league in wind power production growth, but still low on output 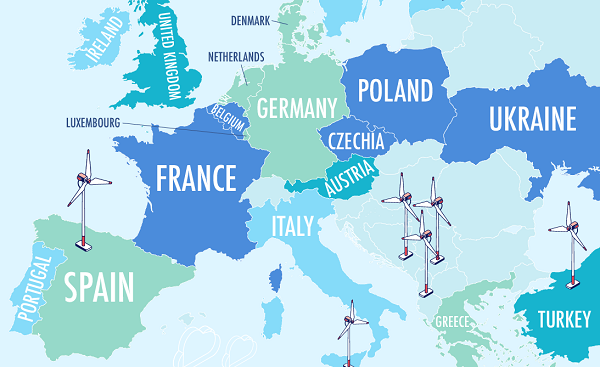 EU countries report significant growth in electricity production from wind turbines over the past two decades, but the share of the renewable source in the overall energy production remains low.

France has increased electricity generated from wind turbines by 54,344.44% since 2000, and it now accounts for 4.9% of all electricity.

The figures have been analysed by SaveOnEnergy.com/uk, based on data released by the EU. The numbers show that while countries have boosted investments in renewable energy, new technologies are not being adopted at a fast enough pace for the bloc to achieve its climate goals in 2050.

The full infographic is available here.