Less is not always more: how minimalist acronyms are creating ‘knowledge-ignorance paradox’ 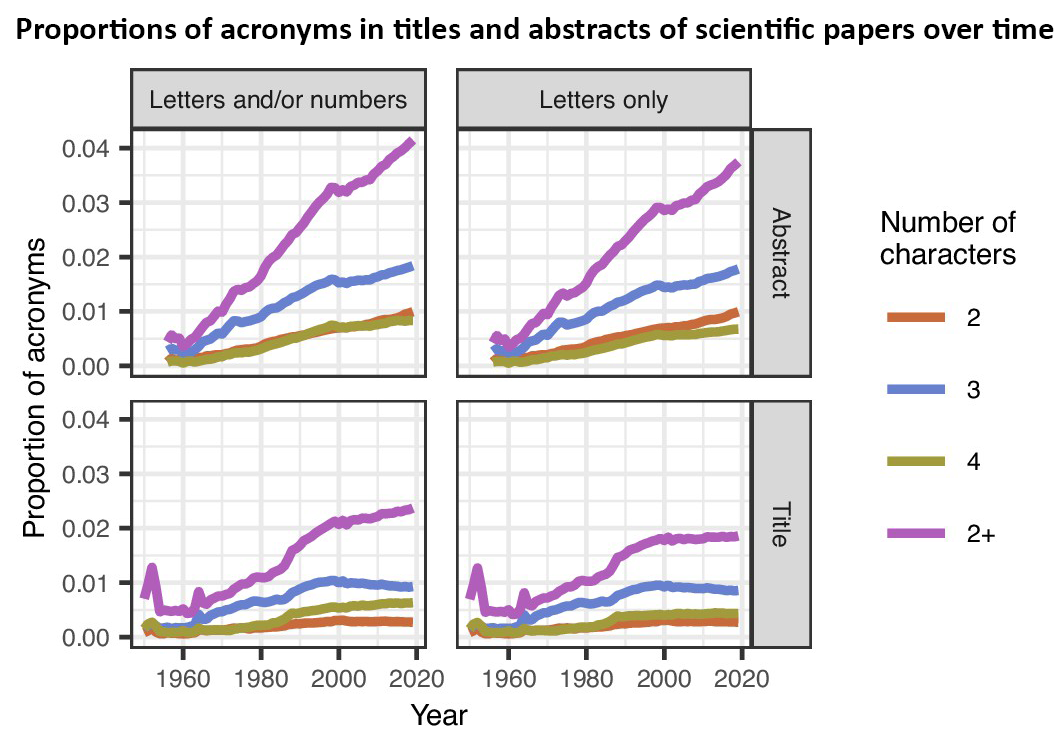 The use of acronyms in scientific articles has steadily increased over the last 60 years, according to a study by Adrian Barnett of Queensland University of Technology and Zoe Doubleday of the University of South Australia.

As the graphs show, the number of acronyms in abstracts of scientific papers (purple line) has increased over time, for both acronyms that are letters and/or numbers (top left) or just letters (top right). It is also more common to find acronyms in abstracts than in titles, the study finds (bottom left and right).

The researchers argue that the content of scientific papers is becoming ever more specialised and complex, leading to a “knowledge-ignorance paradox” where the volume of information has sky-rocketed but knowledge on how to put research into practice, has not.

Acronyms increase the difficulty of understanding scientific papers and can lead to potential ambiguities and misunderstandings. Most of new acronyms in scientific papers are not re-used after their first appearance, making them extremely specific to a certain research field and hard to recognise, or even irrelevant, outside that field.