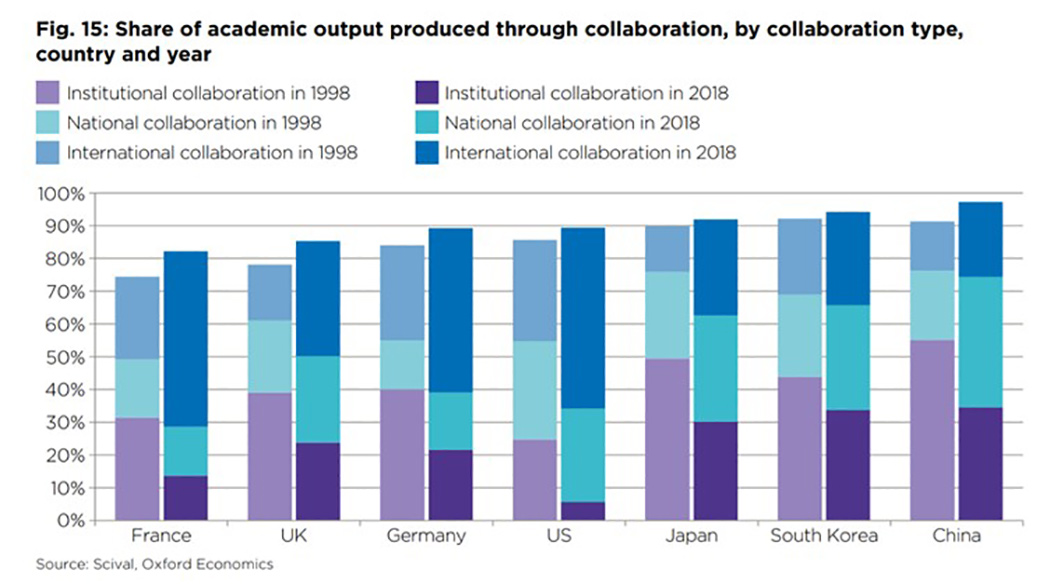 More and more academic papers and books are produced through international collaboration, according to a new report by the consultancy Oxford Economics on productivity in scientific research.

In all seven countries analysed in the report, the share of research produced by academics from multiple countries working together increased between 1998 and 2018. At the same time, the share of collaborations within institutions decreased.

Increasing collaboration among academics from different institutions and countries has led to improved productivity in basic research over the past 20 years, according to the report, which was commissioned by German pharma company Merck.

Increased collaboration leads to higher levels of research productivity, as confirmed by econometric modelling based on data from top US universities. “This impact is greater when collaboration takes place between universities, including international collaboration, rather than among co-authors within an institution,” the report says.