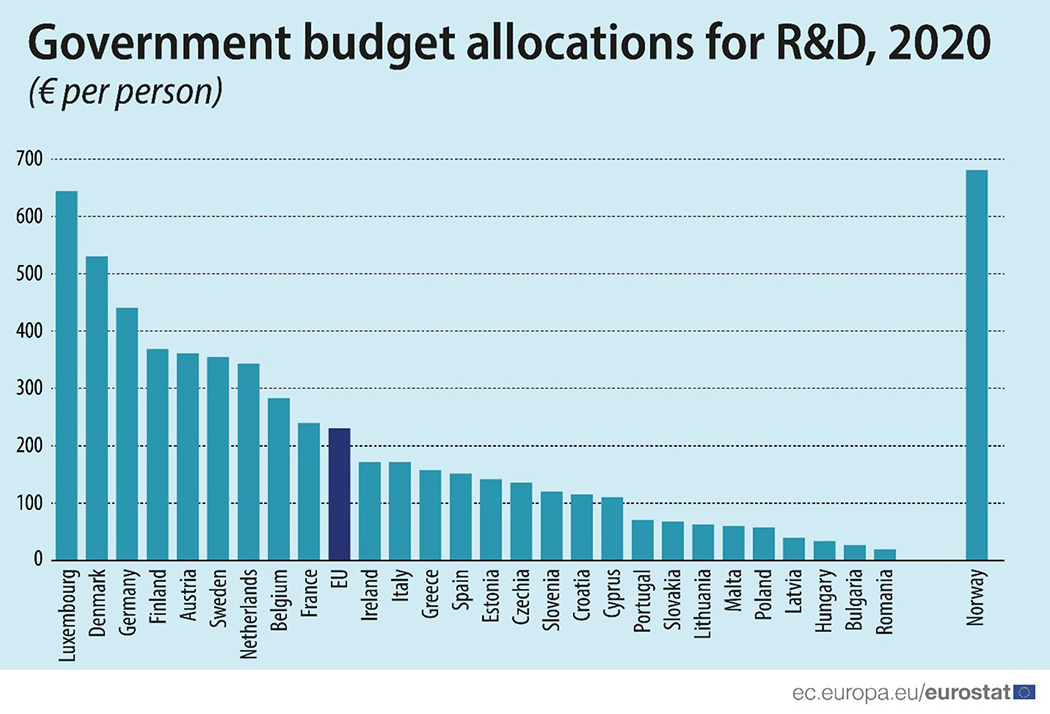 In 2020, member states allocated a total €100.8 billion for R&D, equivalent to 0.8% of the EU’s gross domestic product, according to data published by Eurostat today.

EU countries with the lowest levels of public investment were Romania, at €15 per person, Bulgaria €21, Hungary €39 and Latvia €4.