Europe not on track to meet its 2030 climate goals 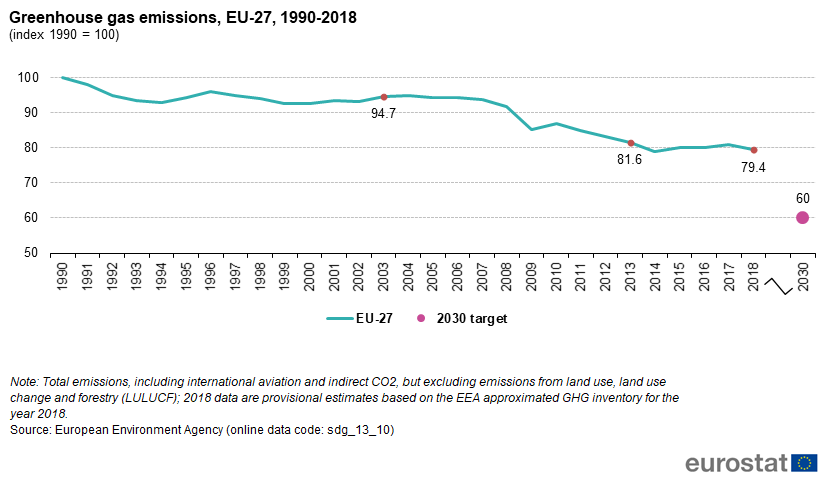 Europe is behind on progress towards the target of cutting greenhouse gas emissions by 40 per cent by 2030, despite achieving its 2020 goal early, according to the 2020 edition of the European Commission report  on member state progress towards sustainability.

Total greenhouse gas emissions have fallen significantly in the last 15 years, and in 2018 Europe prematurely reached its target of reducing emissions to 20 per cent below 1990 levels by 2020.

However, in the five years leading up to 2018, the total drop in emissions was just 2.7 per cent. If that trend persists, the EU will not succeed in cutting emissions by 40 per cent by 2030,

Meeting the 2030 target is key in moving towards a climate-neutral economy, which the EU hopes to achieve by 2050, and to reaching the Paris agreement goals. 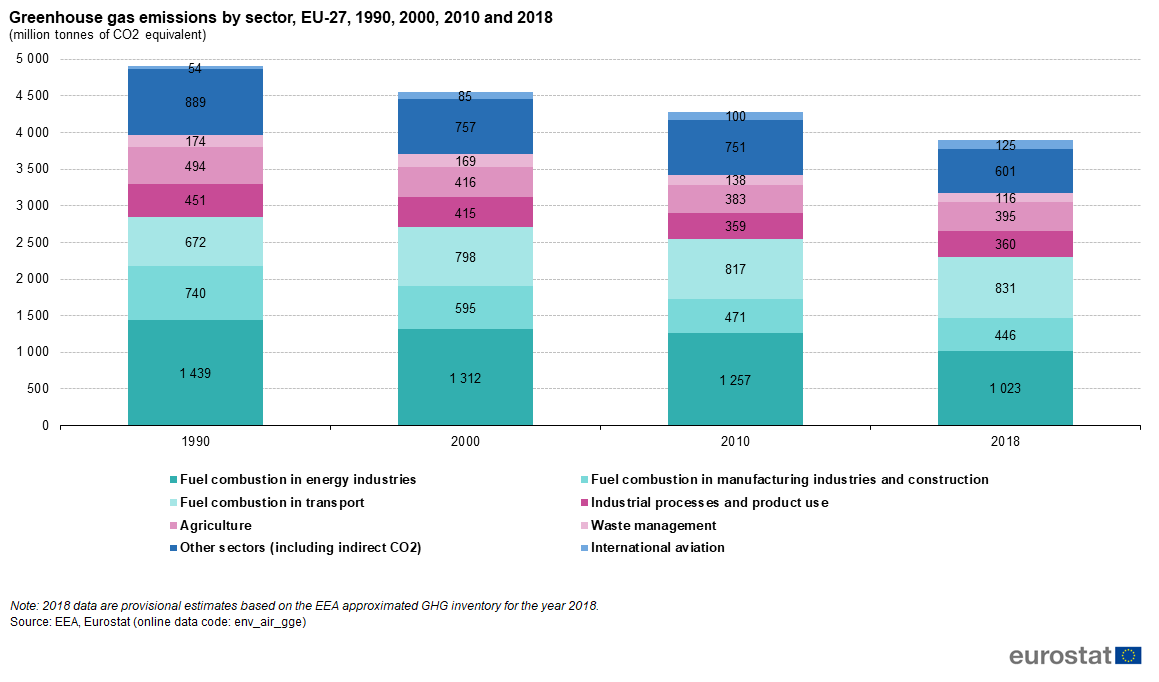 Between 1990 and 2018 all sectors of the economy except transport contributed to lowering greenhouse emissions.

Energy generation remains the biggest polluter, despite making the most progress towards reducing emissions, especially in the last 10 years. 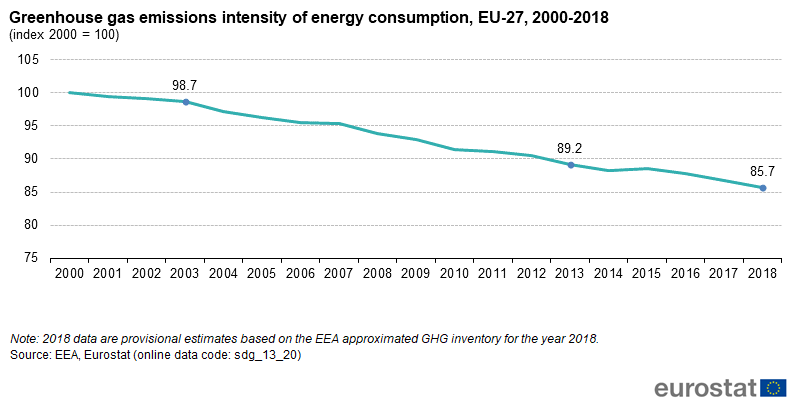 We are doing more with our energy

On a positive note, the EU now emits less greenhouse gas for each unit of energy it uses. This is mostly thanks to the increasing use of renewable and natural gas energy sources, with their share of energy consumption rising from 6.8% to 15.0% and from 21.5% to 21.9%, respectively.