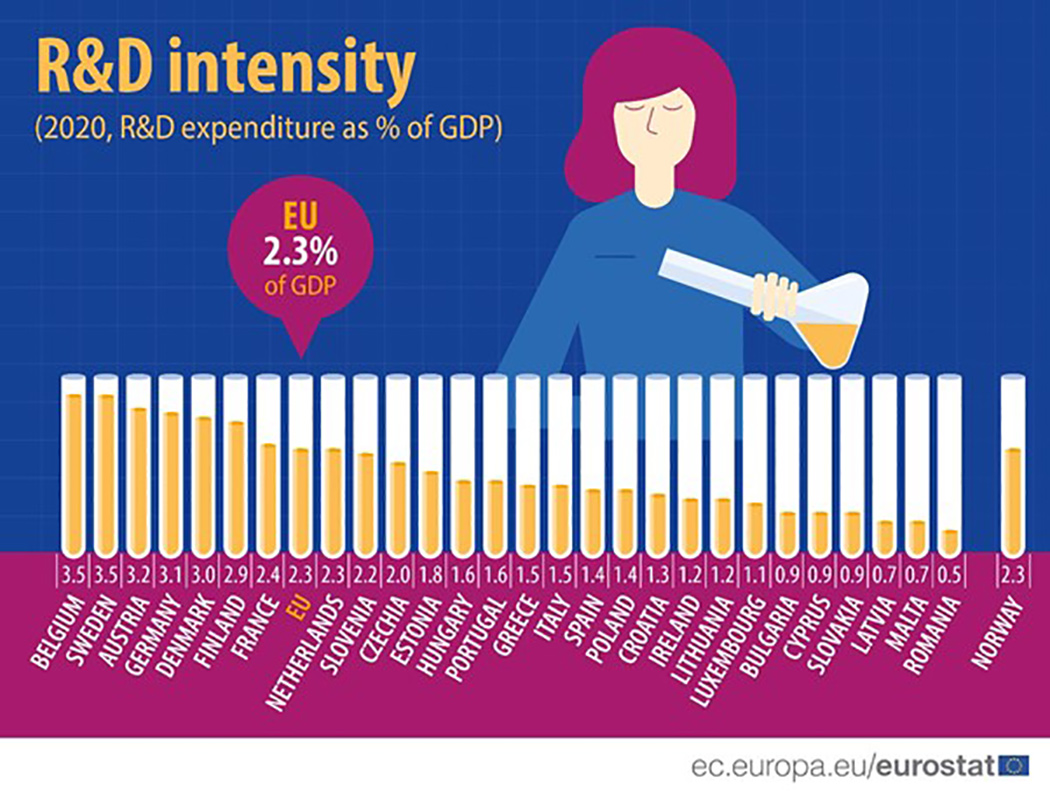 EU member states on average invested 2.3% of their GDP in public and private research and development in 2020, the year the pandemic engulfed the world, according to newest Eurostat figures.

Two thirds of this money was invested by companies, a further 22% by the higher education sector, 12% by the government, and 1% by non-profit organisations.

The EU recently renewed its goal of boosting investment in R&D to 3% of GDP by the end of the decade. To achieve this, research spending would have to grow more than twice as fast as it did in the past decade.

Five countries have reached the 2030 target. Belgium is at the forefront with 3.5% of GDP, having increased its R&D spending by 1.5 percentage points since 2010.

Countries below the EU average are playing catch up. Greece’s R&D spending grew by 0.9 percentage points to 1.5% in the last decade, while Poland and Czechia’s increased by 0.7 percentage points.

At the same time, R&D funding shrank in the former EU leader Finland, dropping from 3.7% to 2.9% of GDP, and also in Ireland and Luxembourg, where financing went down by 0.4 percentage points, putting both countries in the bottom ranks of the EU spending table.