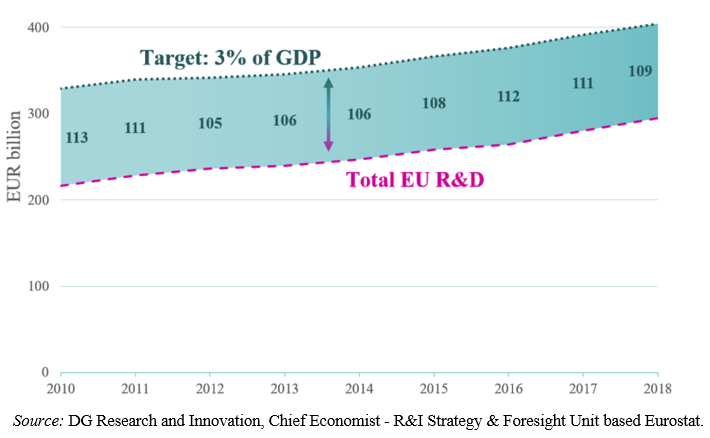 An analysis by European Commission officials estimates the EU needs to add in an extra €109 billion per year to reach the goal of spending at least 3 per cent of GDP on research and development.

According to Eurostat data analysed by the team of the chief economist at DG Research and Innovation, the EU is very far from delivering on its commitment to boost R&D spending to 3 per cent of GDP in all member states.

In 2018, EU member states – UK not included – invested on average 2.19 per cent of their gross domestic product on R&D, amounting to total figure of €295 billion.