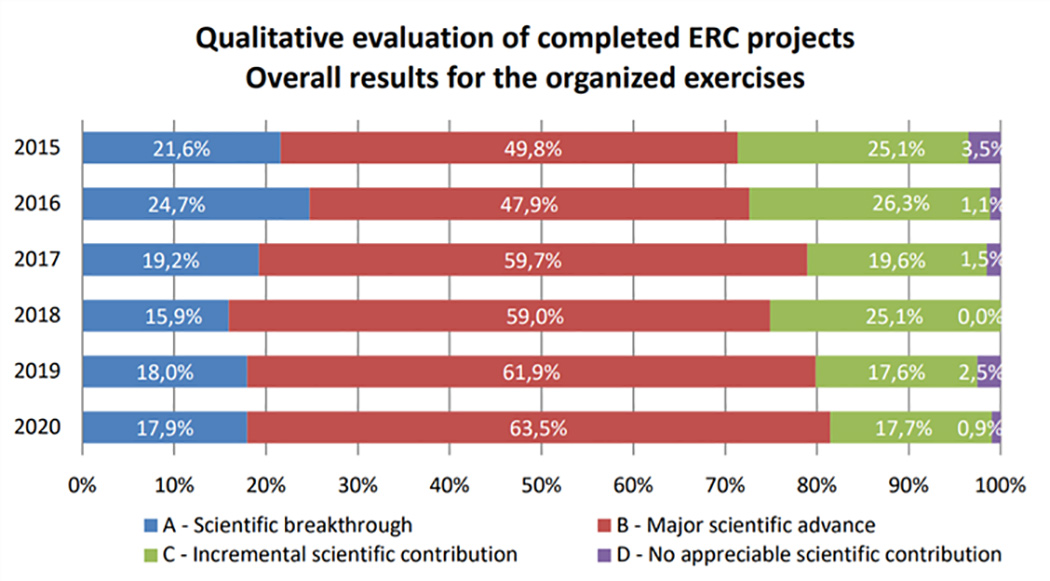 Projects funded by the European Research Council continue to yield new knowledge, with 81.4% of projects claimed to have led to major scientific advances or to scientific breakthroughs, according to the latest assessment.

The result exceeds the successes of previous evaluations, dating back to 2015, in which 71.4% to 79.9% of the projects were found to have had significant scientific value.

The ERC supports high-risk projects aiming to push the frontiers of knowledge. With the launch of Horizon Europe, the EU’s fundamental research agency this year started a new €16 billion seven-year mandate, hoping to fund more projects than before.