As Brexit looms, here are 7 things you need to know about UK R&D

For better or for worse, Brexit is finally happening. The UK will leave the EU on Friday at midnight CET, with details on the future cooperation in research and innovation still to be decided.

To mark the event, Science|Business has put together a showcase of the strengths and some of the weaker points of UK’s research and innovation system, which also highlights the importance of scientific cooperation between EU and the soon-to-be non-member state.

1: The UK has eight of the world’s 100 best universities

According to the Shanghai rankings, UK is home to some of the world’s best universities. In 2019, eight UK universities were ranked among the best 100 higher education institutions in the world.

The Tech Nation report says that compared to the US, Germany, France and China, investment activity in the UK grew the most last year, partly because the UK has a wider mix of investors and received more investment from Asia and North America.

3: UK has more unicorn companies than any other EU country 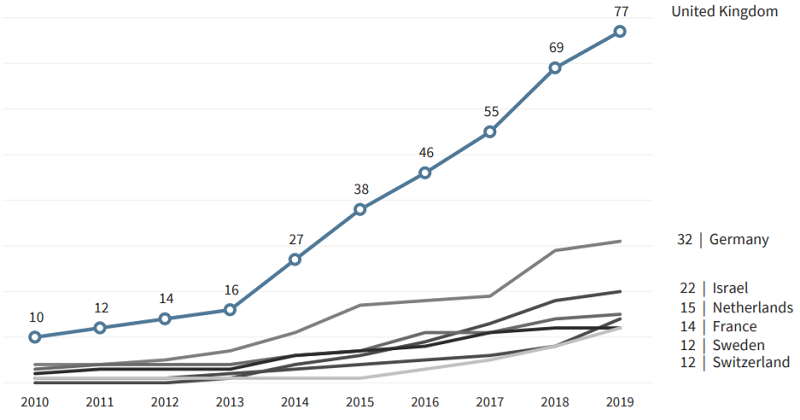 The UK continues to lead in Europe by the number of unicorns created. In 2010, it had 10 start-up companies valued at over $1 billion, but the number grew to 77 by 2019. Germany has 32 such companies.

According to the same report by Tech Nation, the UK created 8 new privately held start-ups valued at over $1 billion.

4: UK attracts more investment in advanced digital technologies than any other EU country

Research published by London-based venture capital firm Atomico shows the UK is Europe's leading destination for investors in advanced digital technologies, attracting $2.9 billion in 2019 and a total of nearly $10 billion since 2015. In 2019, companies in France and Germany attracted a combined $2 billion.

London is Europe's tech capital, with twice as many companies in the city having closed funding rounds since 2015 than Paris, in second place. Europe is home to more than 13,000 companies that raised capital from 2015 - 2019. 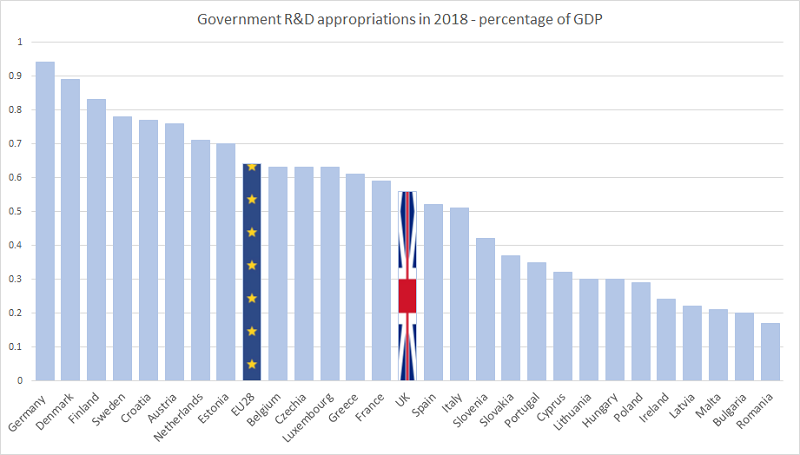 According to Eurostat, UK government spending on R&D is lower than the EU average. In 2018 it was less than 0.6 per cent of GDP. 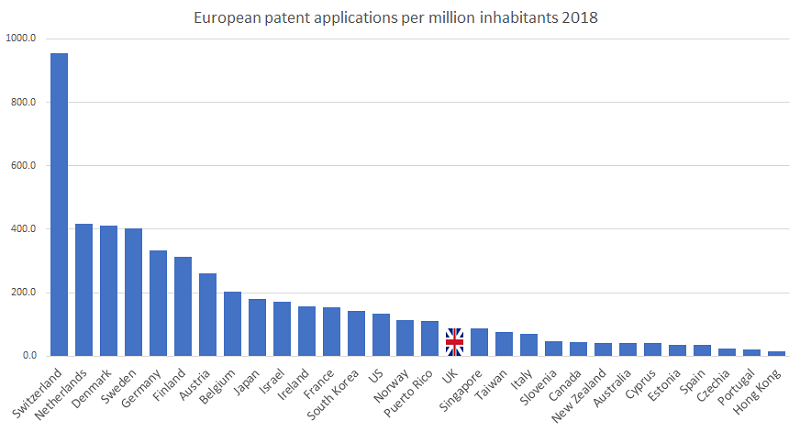 According to data from the European Patent Office (EPO), in 2018, UK companies filed a total of 5,736 European patents.

Here is a ranking of top 10 EPO applicants from the UK:

7: EU data on co-authored scientific publications per million inhabitants puts the UK ahead of most other EU regions 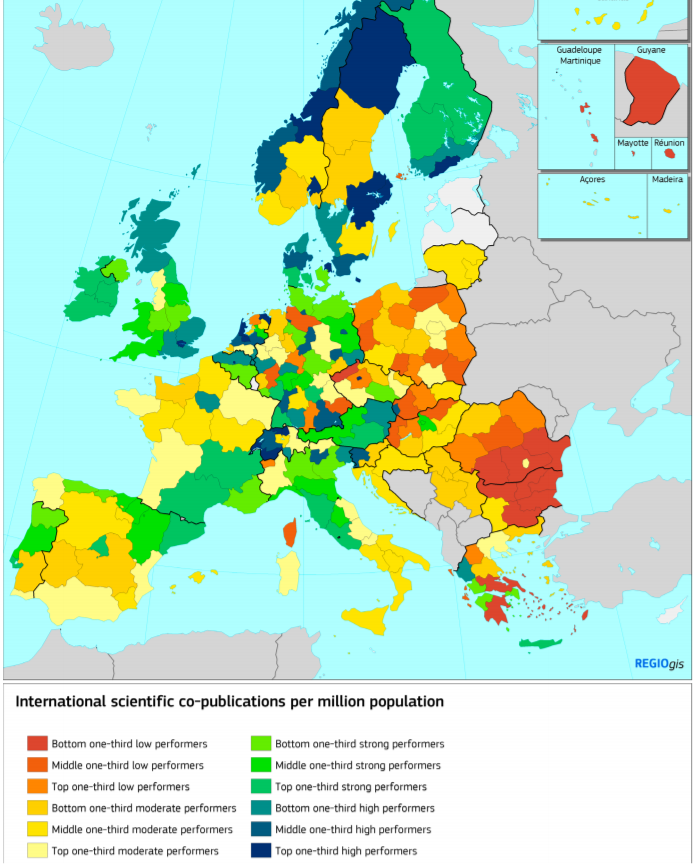 London, Scotland and the south east region of England are among Europe’s top performing regions in terms of the number of scientific publications authored with at least one co-author from abroad.

According to the 2019 Regional Innovation Scoreboard, UK regions are outperformed only by some regions in Switzerland, Germany, the Netherlands and Sweden.

How the EU spent €469M on COVID-19 research in a year
02 Feb 2021
Estonia, Cyprus, Belgium and Germany lead innovative SMEs league table
21 Jan 2021
US and China the biggest partners in COVID-19 biomedical research collaborations
14 Jan 2021
Over 1,000 COVID-19 drugs, diagnostics and vaccines currently in the pipeline
05 Jan 2021