Basic research takes an average of 3.7 years to be cited in patent applications 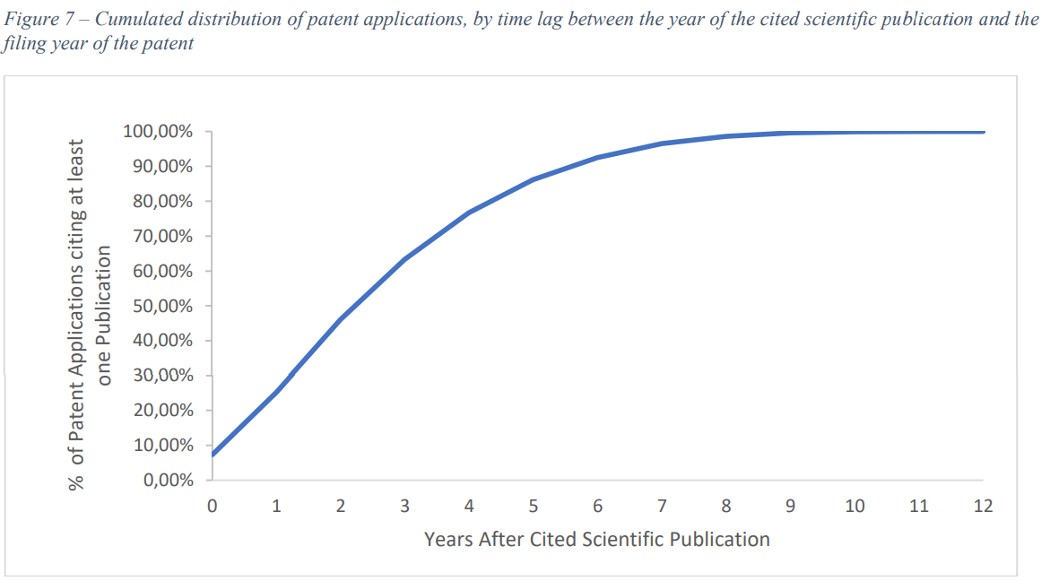 It takes an average of 3.7 years for new knowledge based on fundamental research to be cited in a patent application, a recent European Research Council report shows.

The graph above charts the time lapse between the publication of a scientific paper presenting new findings and that paper being cited in a patent application for a new technology. While the average time lag is just under four years, some papers are cited up to 10 or even 12 years after they are first published.

The study was based on data from 6,671 projects funded between 2007 and 2016. It found that 40% of these have now been cited in patent applications around the world. Papers in the life sciences were the most likely to be cited in patents, followed by those in physical sciences and engineering.

Most of the patent citations looked at came from papers funded under the EU Framework Programme 7, which ran from 2007 and 2013. This suggests that the number of patents linked to projects funded under the following framework programme, Horizon 2020, will increase significantly in the coming years, the report says.