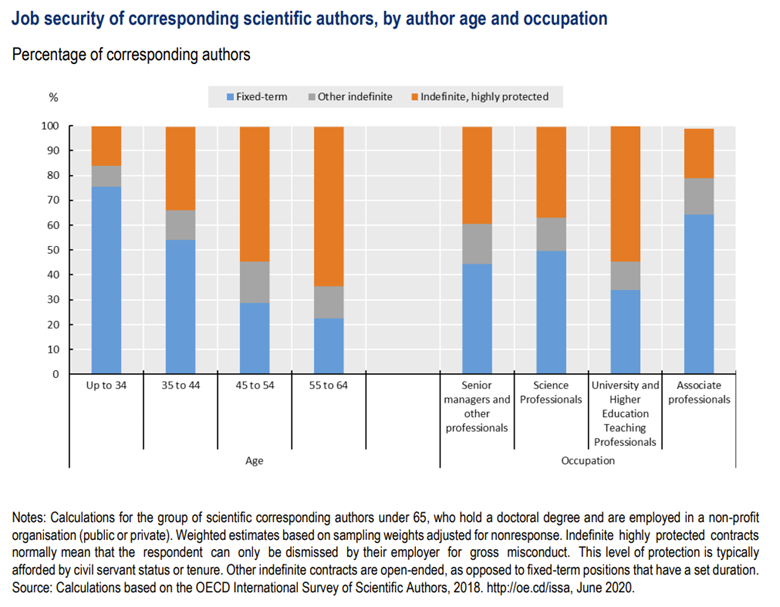 One in five corresponding authors of scientific papers are working more than 55 hours a week, while a third make less than $30,000 a year, says a new report by OECD looking at policy options to improve job security of academic researchers.

The average working week is above 40 hours for 78% of authors, and almost 1 in 5 work more than 55 hours per week. Only 52% of corresponding authors hold an indefinite contract. Up to age 34, 75% of authors have a fixed term employment contract, and 51% still do in the age range 35-44.

Based on OECD’s International Survey of Scientific Authors, the report sheds light on differences between employment in the public sector and the private sector, including salaries and contractual status.

According to the report, these working conditions point to the pressure and competition in academic research.

Women corresponding authors earn on average 6% less than their male colleagues, after controlling for relevant variables. The gender gap is wider in the physical sciences, where women earn 11% less.