On May 18, the formal inauguration of Hans Blix Centre for the history of international relations took place. Despite operating largely digitally during its first two years, the Centre has already established itself as a hub for research in the field. 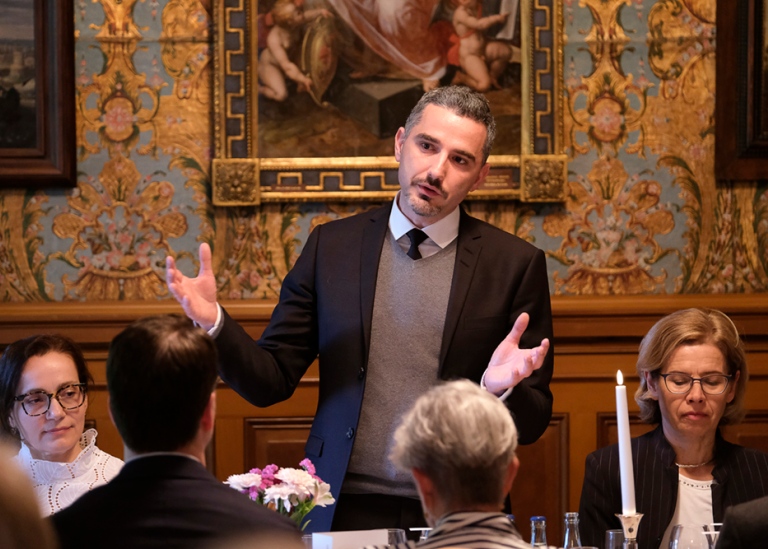 Director Aryo Makko speaking at the inauguration of the centre in May 2022. Photo: Sören Andersson

Historian Aryo Makko is one of the researchers behind the network. Today he is a professor of history and director of the Hans Blix Centre. During his time as a doctoral student, he felt that perspectives from international relations and foreign policy were marginalized in Swedish academia. There was little research following up massive earlier research projects on Sweden during World War II (Sverige under andra världskriget, SUAV) and the Cold War (Sverige under kalla kriget, SUKK) or adopting transnational and global turns in the field of international history. The researchers concluded to form the network with the goal of developing it into a centre to create a firmer structure for this field of research. 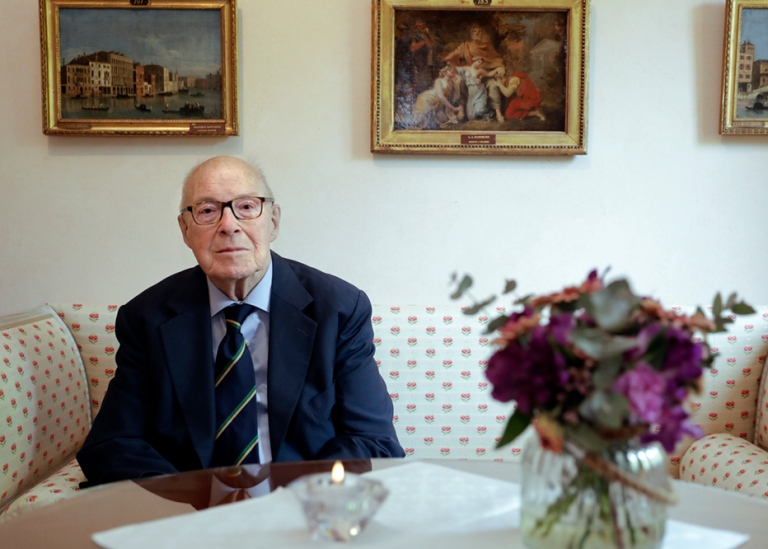 The centre is named after the top diplomat Hans Blix. Photo: Sören Andersson

The purpose of the Centre that was established is to create a Swedish national platform for interdisciplinary research on Swedish foreign policy as well as international relations, bodies and law from historical perspectives. The Centre was named after the network's patron Hans Blix, former Swedish Foreign Minister and top diplomat.

“Hans Blix has been one of the best representatives of Sweden and Swedish diplomacy internationally. His work as head of the IAEA and weapons inspector in Iraq has gained great recognition and respect throughout the world”, says Aryo Makko.

“Hans Blix is also an academically inclined person that I and several colleagues came in contact with on various occasions during the 2010s. He is extremely sharp and nice to deal with, so praising his work and connection to Stockholm University where he received his (second) PhD in 1960 felt natural.”

Digital seminars during the pandemic

The pandemic stopped preparations for the inauguration of the centre in the spring of 2020. While the inauguration had to be postponed (see below), the Centre's operations have been going on for two years, mainly with digital seminars. As of today, the Centre has organized 43 seminars with guests from twelve countries.

“We have come a long way. We have a seminar series with a strong international character, we have started a book series in Swedish, organize workshops and conferences which have resulted in peer-reviewed publications, and established international collaborations with universities in other Nordic countries, Europe and the United States,” says Aryo Makko and adds that the centre has hosted several visiting doctoral students from prominent European universities such as Freiburg, LSE and Sciences Po Paris. The Centre has also received funding for its first fully-funded doctoral student.

Later this year, the Centre will organize two workshops on the contribution of Nordic lawyers to the rise and evolution of international law from the 1880s to the 1970s, in collaboration with the universities of Copenhagen and Oslo.

What are your plans for developing the Centre’s activities further?
“More of everything: more research applications for larger projects, more doctoral students, new international exchanges and collaborations, institutional cooperations of more lasting nature with other public authorities such as the National Archives. A personal ambition of mine is to attract a larger donation from a funder with a special interest in our research field in order to strengthen Hans Blix Centre as a research environment,” says Aryo Makko.

Inauguration for the Centre 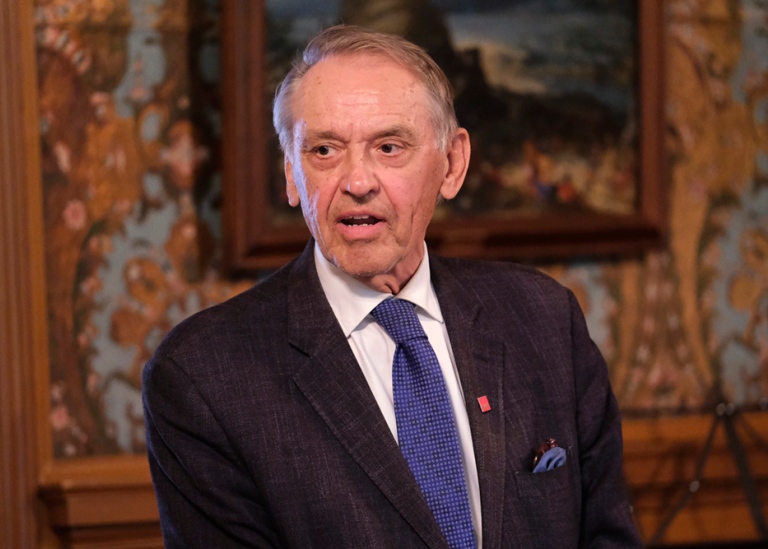 Jan Eliasson, former Minister of Foreign Affairs and Deputy Secretary-General of the UN, was one of the speakers at the inauguration. Photo: Sören Andersson

On May 18 2022, it was finally time for the postponed inauguration at Schefflerska palatset, Stockholm University’s mansion for academic celebrations, under the auspicies of President Astrid Söderbergh Widding and other representatives of the university. Hans Blix himself was in attendance, along with other prominent guests including former Minister of Foreign Affairs and Deputy Secretary-General of the UN Jan Eliasson and former State Secretaries Annika Söder and Pierre Schori.

Facts on the centre

Hans Blix Centre for the History of International Relations at Stockholm University was established on 1 March 2020. Its activities started in the fall of 2018 in the form of a network that was a collaboration between the Department of Economic History and International Relations and the Department of History. The purpose of the centre is to establish a national platform for historical research on power relations in the international system with a focus on both states and non-state actors as well as international law and organisations. Read more about the centre.