The SKA Observatory, a new intergovernmental organisation dedicated to radio astronomy, was launched today following the first meeting of the Observatory’s Council. 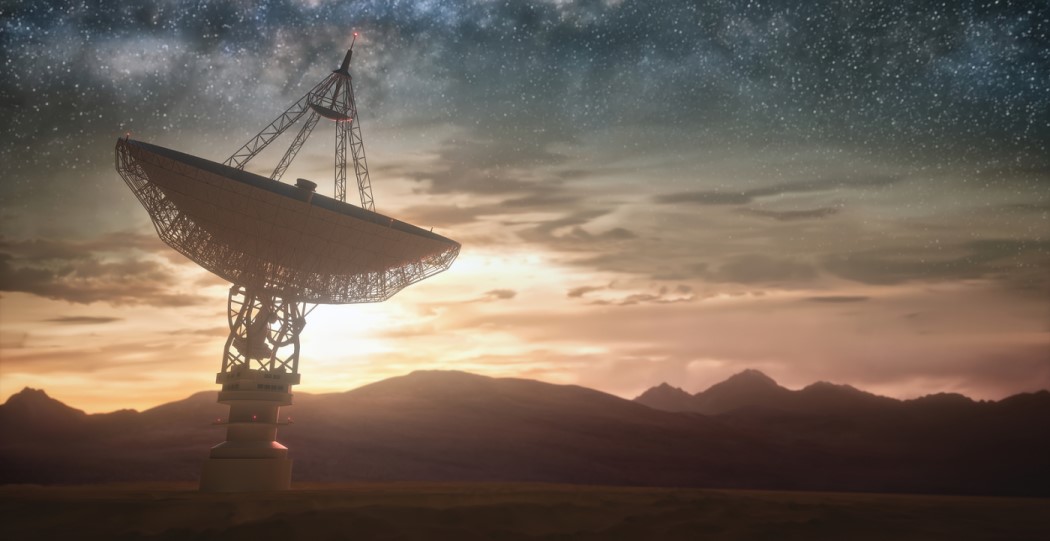 The new Observatory, known as SKAO, is the world’s second intergovernmental organisation to be dedicated to astronomy. Headquartered in the UK on the grounds of the Jodrell Bank UNESCO World Heritage Site with sites in Australia and South Africa, SKAO is tasked with building and operating the two largest and most complex radio telescope networks ever conceived to address fundamental questions about our universe.

“This is a historic moment for radio astronomy,” said Dr Catherine Cesarsky, appointed first Chair of the SKAO Council. “Behind today’s milestone, there are countries that had the vision to get deeply involved because they saw the wider benefits their participation in SKAO could bring to build an ecosystem of science and technology involving fundamental research, computing, engineering, and skills for the next generation, which are essential in a 21st century digital economy.”

SKAO’s telescope in South Africa will be composed of 197 15 metre-diameter dishes located in the Karoo region, 64 of which already exist and are operated by the South African Radio Astronomy Observatory (SARAO), while the telescope in Australia will be composed of 131,072 two-metre-tall antennas located on the Commonwealth Scientific and Industrial Research Organisation’s (CSIRO) Murchison Radio-astronomy Observatory.

The creation of SKAO follows a decade of detailed engineering design work, scientific prioritisation, and policy development under the supervision of its predecessor the SKA Organisation, supported by more than 500 engineers, over 1,000 scientists and dozens of policy-makers in more than 20 countries; and is the result of 30 years of thinking and research and development since discussions first took place about developing a next-generation radio telescope.

“Today marks the birth of a new Observatory,” said Prof. Philip Diamond, appointed first Director-General of SKAO. “And not just any observatory – this is one of the mega-science facilities of the 21st century. It is the culmination of many years of work and I wish to congratulate everyone in the SKA community and in our partner governments and institutions who have worked so hard to make this happen. For our community, this is about participating in one of the great scientific adventures of the coming decades. It is about skills, technology, innovation, industrial return, and spin offs but fundamentally it is about a wonderful scientific journey that we are now embarking on.”

The first SKAO Council meeting follows the signature of the SKA treaty, formally known as the Convention establishing the SKA Observatory, on 12 March 2019 in Rome, and its subsequent ratification by Australia, Italy, the Netherlands, Portugal, South Africa and the United Kingdom and entry into force on 15 January 2021, marking the official birth date of the observatory.

The Council is composed of representatives from the Observatory’s Member States, as well as Observer countries aspiring to join SKAO. Among these are countries that took part in the design phase of the SKA such as Canada, China, France, Germany, India, Spain, Sweden and Switzerland, and whose future accession to SKAO is expected in the coming weeks and months, once their national processes have been completed. Representatives of national bodies in Japan and South Korea complement the select list of Observers in the SKAO Council.

At its first meeting, the SKAO Council approved policies and procedures that have been prepared in recent months - covering governance, funding, programmatic and HR matters, among others. These approvals are required to transfer staff and assets from the SKA Organisation to the Observatory and allow the latter to become a functioning entity.

“The coming months will keep us very busy, with hopefully new countries formalising their accession to SKAO and the expected key decision of the SKAO Council giving us green light to start the construction of the telescopes,” added Prof. Diamond.

SKAO will begin recruitment in Australia and South Africa in the next few months, working alongside local partners CSIRO and SARAO to supervise construction, which is expected to last eight years, with early science opportunities starting in the mid 2020s.

The Hon Karen Andrews, Minister for Science and Technology.

“Australia is delighted to be a founding member of the SKA Observatory. The Observatory will be a world leader in radio astronomy discovery for decades to come, bringing with it new technologies, human capital development and inspiration for future generations. Establishing the SKA Observatory is the culmination of many years of work and Australia greatly values the strong partnerships forged with fellow member countries during this time.”

"The SKA Observatory is finally starting with great prospects. A new phase begins now with the construction of the largest and most advanced radio telescope in the world. We are proud that Italy is among the founding countries of the Observatory: a sign of the great interest of the Italian community for the science and technology related with SKA."

Dr Michiel van Haarlem, head of the SKA Office for the Netherlands at ASTRON

“Today marks a major milestone for the SKA project and global collaboration in radio astronomy. Development of technology and the design of the telescopes has taken more than 25 years and engineers and scientists from the Netherlands have been closely involved from the very beginning.  The establishment of the SKA Observatory paves the way for the start of construction later this year. Our astronomers are eagerly awaiting the first results and the chance to tackle the exciting scientific questions that have motivated the design of this unique instrument. The fact that the Netherlands is one of the founding members of the SKA Observatory is clear evidence of our commitment to the project."

“Portugal’s participation in the SKA programme and the fact that Portugal is a founding member of the SKA Observatory opens new opportunities for young people, researchers, astronomy professionals and amateurs in Portugal to be involved in one of the most revolutionary scientific cooperation initiatives at a global level, which will make it possible to make high-resolution astronomy using any of our computers or portable cell phones. This programme finally democratises access to astronomy and to the knowledge of the universe, stimulating the curiosity and scientific creativity of young people and adults, as well as opening new paths to investigate to deepen the knowledge about the creation of life and the fundamental principles of the evolution of the Universe.”

"Establishment of the SKA Observatory enables the SKA project to enter an exciting phase - implementation of cutting edge scientific and technical designs that have been conceptualised by multinational teams, including many South African scientists and engineers, over the past few years. We are excited by the fact that the SKA Observatory will be the first, and only, science inter-governmental organisation where Africa will play a strategic leading role. The SKA project will act as a catalyst for science, technology and engineering innovation, providing commercial opportunities to local high-tech industry, and creating the potential to put Africa on the map as a global science and innovation partner."

“The SKA Observatory is one of the most ambitious scientific international collaborations of our time which could open up unrivalled opportunities for the world’s leading astronomers. Today’s first meeting of the Observatory’s Council, headquartered at the UK’s own Jodrell Bank, is yet another pivotal milestone to provide our scientists with access to some of the world’s most sophisticated telescopes, furthering our knowledge of the universe.“

“With a very active research community in the field of astronomy and astrophysics, France has been highly interested in the development of the Square Kilometre Array since its inception. SKA has been on the French roadmap for research infrastructures since 2018. The "Maison SKA-France", with the CNRS as lead partner, gathers six public research institutions and seven industrial companies. The five-year report on the French strategy in astronomy and astrophysics conducted by the CNRS in 2019 confirmed the very high priority given by French astronomers to participate in SKA. Currently an observer on the organisation's Council, France is now engaged in the process of applying for membership in SKA Observatory, with the aim of submitting its membership application to the Council's vote in the coming months. We are very enthusiastic to start this process, and congratulate the SKA teams and partners on the impressive work that has been achieved so far for a project that will produce revolutionary work in many fields.”

“On behalf of the German astronomical community, we convey our congratulations on the establishment of the Square Kilometre Array (SKA) Observatory and its beginning of operations marked with this first meeting of its Council. The SKA vision is to construct and operate the world’s largest telescope, in a collaboration of international partners from across the globe. The German community has been involved in SKA science and technology since its conception. We look forward to further engaging in the scientific and technological challenges and opportunities epitomised by the SKA.”

Pedro Duque, Minister of Science and Innovation of Spain.

“Spain welcomes the constitution of the SKA International Observatory, which culminates a period of thorough studies and design, and marks the beginning of a new stage in which one of the most ambitious telescopes in the history of astronomy will be built. We are proud to have contributed to this impressive preparatory phase, and we now look forward to actively participating in the construction of the Observatory. Our contribution to SKA will be based on a strong scientific community, strategically positioned within the project with the intention of playing an important role in the development of the SKA Key Science, and on an industry well prepared to carry out the demanding developments that a project of this magnitude requires. Spain is firmly determined to participate, at the front line, in this magnificent scientific adventure destined to revolutionize astronomy and other scientific and technological fields.”

Lars Börjesson, representative of Sweden as Observer to Council

"The establishment of the SKA Observatory is a major event for the field of radio astronomy, and a decisive organisational step towards the construction of the SKA telescope. We've reached this milestone thanks to a huge amount of work in a truly global network, involving the world's leading radio astronomy institutes and observatories. Together, across international borders, we have combined expertise and enthusiasm to develop the SKA’s science goals, its technical design and organisational structure, and this is something we can be really proud of. For Sweden, funding has now been secured for participation in the construction phase, and the formal process for membership in the SKA Observatory has been initiated.”

SKAO, formally known as the SKA Observatory, is a global collaboration of Member States to build and operate cutting-edge radio telescopes to answer fundamental questions about our Universe. Headquartered in the UK, its first two telescopes, the two largest and most complex radio telescope networks ever built, will be constructed in Australia and South Africa. A later expansion is envisioned in both countries and other African partner countries. SKAO’s telescopes will conduct transformational science and, together with other state-of-the-art research facilities, address gaps in our understanding of the Universe including the formation and evolution of galaxies, fundamental physics in extreme environments and the origins of life. Through the development of innovative technologies and its contribution to addressing global societal challenges, SKAO will play its part to address the United Nations’ Sustainable Development Goals and deliver significant non-science impact across its membership and beyond. Current SKAO Members are Australia, Italy, the Netherlands, Portugal, South Africa and the United Kingdom with several other countries aspiring to membership or engagement with SKAO in the future.