South Africa joined the rest of the world this week to mark World Space Week (WSW), celebrating the 2020 theme, “Satellites improve life.” This year’s theme highlights the importance of satellites in daily life. More and more every aspect of our lives is affected by satellites, including communications, environmental monitoring; transportation; weather forecasting; telemedicine, and science, to mention but a few. 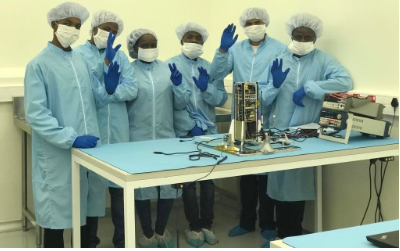 Developing a thriving satellite industry is part of Government’s economic recovery programme. The current overarching priorities of Government for strong, sustainable and inclusive growth are: Poverty alleviation; Address inequality and Job creation. In 2015, South Africa identified a nine-point plan aimed at diversifying the South African economy. In five of the areas identified, satellites can play a significant role to enhance their contribution to the GDP. They include, (i) agriculture and agro-processing; (ii) private sector investment; (iii) stimulating small, township and rural enterprises; (iv) Operation Phakisa (ocean’s economy); and (v) energy security. Therefore, Space Science and Technology will make an immense contribution to the National Development Plan particularly in addressing the geospatial legacies of apartheid and alleviating the triple challenges.

The primary rationale for the satellite programme is to leverage the benefits that space science and technology can deliver to a host of socio-economic applications. This rationale remains central to empower better decision making through the integration of space-based systems with ground-based systems for proving the correct information products at the right time; and to use space science and technology to develop applications for the provision of geospatial, telecommunication, timing and positioning products and services.

Last month, the Minister of Higher Education, Science and Innovation, Dr Blade Nzimande, briefed the media about the establishment of the Space Infrastructure Hub. The Department’s entity, the South African National Space Agency (SANSA), was awarded R4,47 billion in additional funding over the next three years to develop a Space Infrastructure Hub as part of the government's Sustainable Infrastructure Development Symposium (SIDS) initiative. The SIDS initiative is mobilising private and public funding for infrastructure development in support of economic growth and job creation.

The Minister said the R4,47 billion grant would include a number of satellite builds for Earth observation and space science missions, a new ground station, an expanded data segment and new data visualisation centre, the activation of a satellite-based augmentation system over Southern Africa, the development of products and services for use across all spheres of government, and human capital development and training.

Dr Nzimande, highlighted the importance of transformation in the establishment of the Space Infrastructure Hub, noting that the space sector has historically been inaccessible to black people and women. "Black participation is a must and a non-negotiable. Innovation is everywhere and must be sourced from every part of South Africa, whether in urban or rural areas."

The Minister emphasised that the hub would support localisation across the entire value chain. "This is very important, particularly because South Africa has the capacity to build satellites. These skills must be increased and expanded to support localisation."

Dr Nzimande, added that partnerships with industry and academia – and, in the future, technical and vocational education and training (TVET) colleges – would be key to building the required skills base, particularly among black people and women.

The Space Infrastructure Hub project marks a significant milestone in the development of an indigenous space capability that will serve the needs of all South Africans, while ensuring that the country grows its capacity and infrastructure to continue to champion world-class space science research and innovation.

Digital infrastructure investment had become a high priority due to society's increasing dependence on technological systems that rely on space infrastructure, such as satellites and ground stations. Daily weather forecasts, instantaneous worldwide communication, navigation systems, and the constant ability to record high-resolution satellite images are all examples of space infrastructure applications that are in increasingly high demand. Even basic commodities such as food and energy resources are facilitated through the application of space-based technologies.

World Space Week is a United Nations declared celebration of space which is held annually, from 4 to 10 October. According to the organisers of WSW, it is the largest space event on Earth, last year over 8,000 events were reported, which took place in 96 countries. The annual event sees thousands of organizations, including space agencies, aerospace companies, astronomy clubs and museums organising a host of activities.

During the WSW two milestones are celebrated, the first being, the 4th October 1957, which saw the launch into outer space of the first human-made Earth satellite, Sputnik 1, opening the way for space exploration. And the second, is the 10 October 1967, which saw the Treaty on Principles Governing the Activities of States in the Exploration and Use of Outer Space, including the Moon and Other Celestial Bodies entered into force.

The purpose of the WSW is to educate people around the world about the benefits that they receive from space, encourage greater use of space for sustainable economic development, demonstrate public support for space programs and foster international cooperation in space outreach and education.

This article was first published on 8 October by South African Department of Science & Innovation.