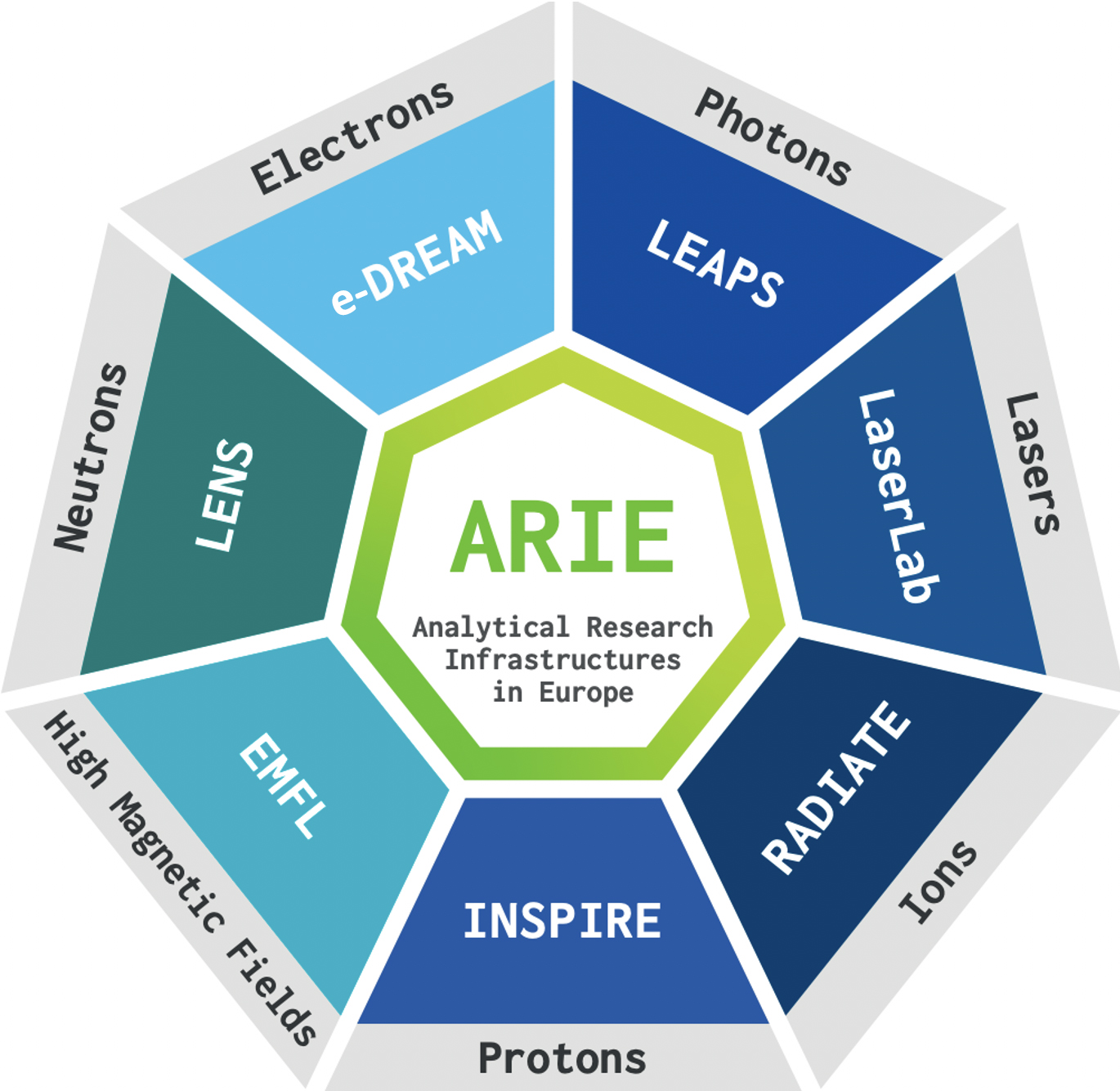 ARIE represents more than 100 European RIs, a worldwide-unique ensemble that provides service to tens of thousands of users from academia, research laboratories and industry. It deploys its knowledge, experience and expertise in analytical techniques, research management and service to scientific users and stakeholders for the benefit of European science and society. The ARIE networks, which perform research using electrons, magnetic fields, protons, lasers, neutrons, photon sources and ion beams, have recently joined forces to tackle pressing societal challenges, as described in their recently published position papers on Horizon Europe Missions and on Viral and Microbial Threats.

The extraordinary capacity of ARIE facilities to answer pandemic research challenges is providing an important example of their benefit for Europe and the world. By keeping their instruments operational and overcoming huge difficulties to provide access to them, ARIE members have been able to support researchers working on the virus and its consequences for human health. The ARIE RIs are also fully engaged to tackle other societal challenges, including climate change and the development of green energy sources.

The ARIE members, and the RIs in general, are instruments for answering societal challenges and enablers of knowledge, innovation and training. They are melting pots for European researchers, irrespective of their origin and age. The European RIs are funded primarily from national budgets, but are open to the entire European research community and are a key pillar of the Open Science implementation plan. They provide an example of true European spirit and are a tool for the support and reconstruction of our countries during and after the present health and economic crises.

The leaders of ARIE believe that the essential role of RIs in the European Research Areas has not been sufficiently valued in discussions on future HE funding. We are very concerned about the consequences of a decrease in the RI budget envelope compared to Horizon 2020.

Each Member State takes advantage of RI capacity development within Europe. Support from HE programs should boost this valuable instrument for the future of Europe and ensure that it remains competitive with other world regions.

The ARIE Board of Chairs: