The European Commission today published new EU guidelines on how to increase the social and economic impact of research results in a bid to help member states align policy principles and measures.

The guidelines aim to assist research and innovation organisations in leveraging the value of their intellectual assets as well as recommend the development of management strategies and promotion of skills to aid the efforts.

The proposal is part of the plan to revive the European Research Area (ERA), the EU’s single market for research, which the Commission first introduced in September 2020. Boosting knowledge valorisation is a key pillar of the plan which policymakers hope will help the bloc harness the results of research and innovation to deliver solutions for its green and digital transitions.

Drafted by the European Commission, the guidelines are set to be adopted by EU member states later this year.

Slow start in the first year of Horizon Europe

The numbers summarising the first year of the €95.5 billion research programme are now available in a European Commission report that looks at the EU’s 2021 R&I efforts.

There is not much to say about the EU’s big research programme yet but first impressions show it may be as competitive as its predecessors. While the 17.3% success rate in 2021 was higher than the 14% average, a whopping 66% of the eligible proposals were good enough to receive funding based on quality. This means many excellent projects submitted last year have gone unfunded. And the success rate may keep falling; as of summer 2022 the updated success rate currently stands at 15.8%.

The new report also provides preliminary numbers on how much money is set to be spent on Horizon Europe’s two biggest policy priorities: the European Green Deal and digital competitiveness. The estimates show 33 calls worth around €4 billion deal with the green transition, while 29 calls worth €2.2 billion will fund projects relevant to the EU’s digital goals.

In 2021, as part of the work programme, €3 billion has been dedicated to fundamental science, €5.6 billion to big collaborative research projects, and €1.6 billion to disruptive innovation.

Under the Horizon Europe umbrella, the Commission has also launched 23 public-private partnerships launched, leaving at least another 26 to go, concluded 18 negotiations on association to the programme with non-EU countries, nine of which have been signed off, and launched five research missions, spending a total of around €541 million to get the new type of programmes aiming to mobilise action beyond the EU research framework off the ground. 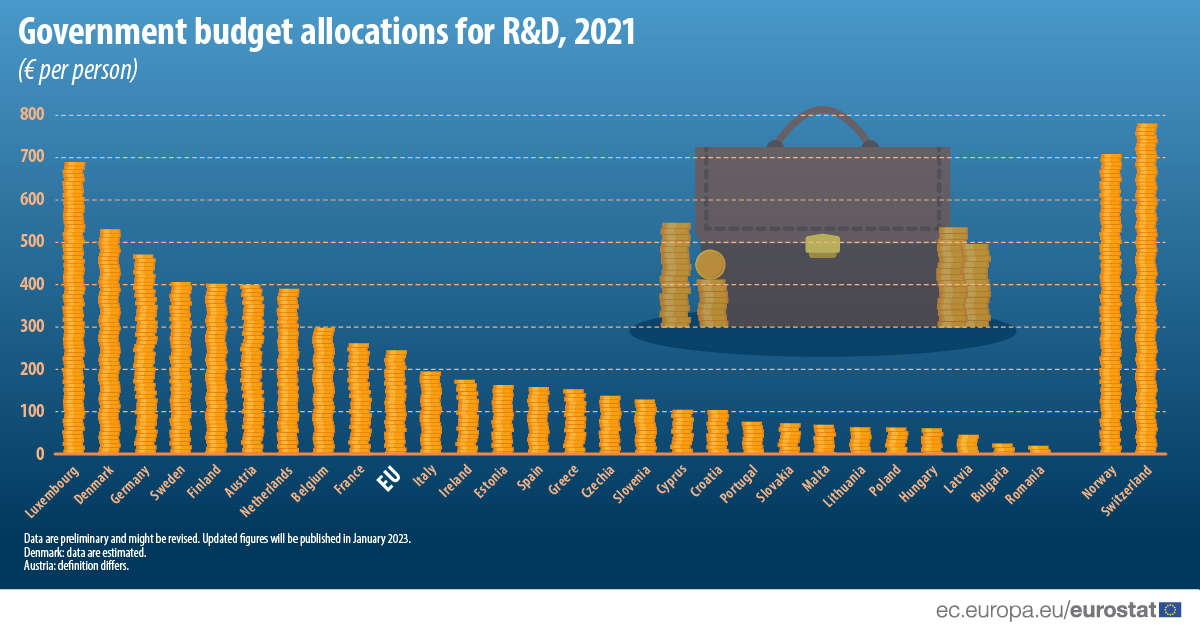