By measuring and comparing patient outcomes, a hospital group in the Netherlands has cut down on unnecessary x-rays, reduced surgical complications and delivered better results for cancer patients. Payers have taken note

The discovery five years ago that outcomes for lung cancer patients differed significantly across its network of seven hospitals prompted the Santeon healthcare group in the Netherlands to introduce regular comparisons of outcomes data, with the aim of improving standards across the board.

Santeon’s success in doing this has not only made things better for patients, it has also been shown to save time and money. Payers have taken note. The group has a new deal with three major health insurers for the provision of breast cancer care. A range of indicators are built into the contract to stimulate improvements and reward better value interventions.

“For most diseases, payment is based on volume so even if it’s not best for the patient the system incentivises treatment,” said Annemarie Haverhals, Santeon’s programme leader for value-based care. “The new contract for breast cancer rewards quality and outcomes by paying for value. You get what you pay for.”

At the time Santeon set about its mission to reduce inequality in outcomes, the running of its hospitals and patient care revolved around 3,000 key indicators it was required to meet as evidence for health insurers and health authorities that performance was up to standard.

But said Haverhals, “Few of the indicators had anything to do with patient outcomes, and they didn’t tell us anything about quality.”

“To have a real discussion about improving cancer care you need to know how good your outcomes are,” Haverhals told Healthy Measures.

Santeon set about the complex task of defining patient-relevant outcomes for prostate and lung cancer. A year later, it did the same for breast and colon cancer. “When we started tracking and comparing outcomes that matter to patients, more variation was revealed,” Haverhals said.

Outcomes for prostate surgery were so uneven that in 2013 urologists moved all prostatectomy cases in southern Netherlands to the best-performing centre. As a result, complication rates halved.

Regular meetings are held to compare results on major conditions as part of an improvement programme designed to push best practice at all seven centres. The initial focus on cancer is expanding to 20 other indications, using standard sets developed by the International Consortium on Healthcare Outcome Measurement (ICHOM).

“We have made most progress in breast cancer but, in all areas, change can be slow as it relies on the dedication of busy specialists to discuss variation in data,” said Haverhals. “One thing that really helps is appointing dedicated project leaders and data analysts at each hospital. This ensures that improvement teams meet regularly and that meetings are well prepared so that we make good use of health professionals’ time.”

For breast surgeon Yvonne van Riet from the Catharina Hospital in Eindhoven, Santeon’s approach is time-consuming but rewarding. “It takes time to work with the other hospitals to analyse data and formulate improvements,” she said. “But as we learn from each other, we can truly improve care for our patients. And I get a lot of energy out of it.”

Santeon tracks the cost and impact of delivering patient outcomes, allowing the group to compare the value it gets for performing specific diagnostic tests or operations. That has revealed areas where money is wasted, prompting changes in practice.

“In hip arthrosis, we saw that one centre performed more X-rays per patient than another hospital. But when they compared outcomes data it was clear that this additional cost didn’t bring any value,” Haverhals said. “So, they stopped doing these extra X-rays immediately.”

In prostate cancer, detailed analysis of patient care is helping to reduce the number of adverse events such as surgical complications. “The data allows for informed discussion about whether additional treatments will actually improve the patient’s quality of life,” said Haverhals. “If it is clear that the benefit is low but there are real risks, our doctors just won’t do it.”

Dutch health insurer Menzis has been working with Santeon for a number of years to test the outcomes-based approach to reimbursement. Their efforts were rewarded last month when they were presented with the value-based healthcare collaboration award 2017. The prize is the second VBHC Prize for Santeon, which was also recognised in 2015.

Menzis said its value-based contract with Santeon for breast cancer care will be followed by similar deals with healthcare providers in cataract surgery and hip and knee replacement. 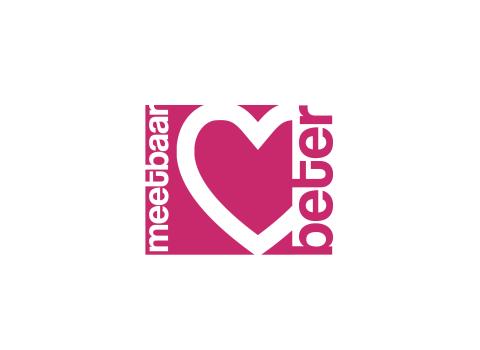