A new device to help curb the spread of dangerous superbugs that are fast becoming resistant to antibiotics was awarded €1 million from the European Commission’s Horizon 2020 research programme on Monday.

Using a prick of patient blood, the diagnostic calculates within 10 minutes whether an infection is bacterial or viral.

Two similar devices developed by research teams in Israel and Austria finished as runners-up in the contest.

Antimicrobial resistance, brought on by the overuse of antibiotics in humans and animals, has been described as a “slow-moving tsunami” by director general of the World Health Organization (WHO) Margaret Chan.

“[The] contribution[of antibiotics] to human health cannot be exaggerated. However, our ability to treat and prevent infectious diseases is now seriously jeopardised,” said EU Research Commissioner Carlos Moedas, handing out the ‘better use of antibiotics’ prize at a ceremony in Leuven University.

In financial terms the figures are huge too: the World Bank estimates that between 1.1 and 3.8 per cent of the global economy will be lost by 2050 if there is failure to act.

The European Centre for Disease Prevention and Control reported in November that illnesses resistant to so-called last-line antibiotics are on the rise in the continent. The Commissioner told the story of a woman who died in America last year of a superbug resistant to all 26 available antibiotics.

The Commission has elevated the issue of antimicrobial resistance, laying out a strategy for how to bring the problem under control. The executive is expected to advance fresh funding for prevention, infection control and managing antibiotic use, in a second action plan later this year.

Herman Goossens, professor of microbiology at the University of Antwerp, said the EU has got some results to show for its fight against AMR, but is not keeping pace with resistance.

Prodding from Brussels has forced EU member states to develop national action plans to help shore up the effectiveness of the lifesaving drugs in animals and people.

Data collected by the EU shows that generally the proportions of resistant bacteria are higher in the southern and south eastern European countries, and some EU countries use more antibiotics in farming than in healthcare.

In addition, Antibiotic awareness day, an initiative by the EU, has grown to a week-long event led by the WHO.

Information campaigns in Belgium mean the incidence of MRSA, a superbug which is extremely hard to treat even with powerful antibiotics, has fallen, said Maggie De Block, Belgian minister for social affairs and public health.

However, the general use of antibiotics in the country has gone up in recent years, prompting the government to raise their prices in a bid to curb use.

Most large pharmaceutical companies have withdrawn from developing antibiotics and only two new classes of antibiotics have reached the market over the past 50 years. One of the EU’s main responses to drug-resistance has been to try and spur research into new types of drugs.

Now, the Innovative Medicines Initiative’s ‘New drugs 4 bad bugs’ programme has helped increase the number of big pharma companies active in the research area from four to 11, according to the Commission.

In total, Brussels has poured €1.3 billion into AMR research since 1999, roughly a third of Europe’s investment in R&D in this area during this time.

“This is despite the fact that the EU Framework programme is only 7 per cent of the total research spend on the continent,” said Goossens. “It suggests under-funding by the member states.”

“In 2014 a German SME, CureVac, won the EU’s first innovation prize. The technology they developed brings life-saving vaccines to people across the planet, in safe and affordable ways. One year later, the Bill and Melinda Gates Foundation announced an investment of €46 million in CureVac,” he said.

CureVac has since grown into one of Europe’s few biotech unicorns, or billion-euro companies. 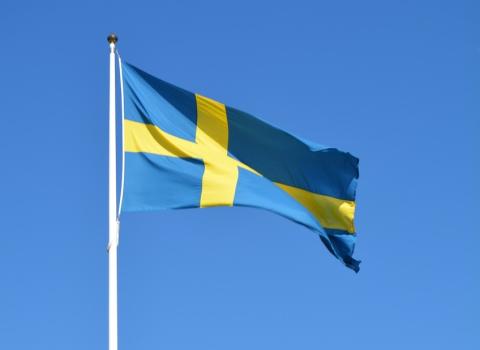