Brexit took a major step closer to reality Wednesday night as the UK Cabinet backed a draft deal and EU ambassadors started reviewing the details – but for research, innovation and related issues, a series of side-deals and UK government promises are likely to ease the blow considerably.

As expected, under the draft UK-EU agreement published November 14th, UK scientists and entrepreneurs will normally cease to be eligible for EU-funded grants under the bloc’s big research programme after Brexit day 29 March 2019.

But UK participation will likely continue under several conditions. The UK government has already pledged to finish paying for any British researchers whose EU grants have been approved up to the end of the current EU programme, Horizon 2020, on 31 December 2020. And the draft agreement puts that promise in writing, requiring the UK to make its payments “equivalent” to those Horizon 2020 would normally have provided.

But the real issue – still to be resolved in future negotiations – is what happens from 2021 onwards, when the UK is outside the EU and the Commission’s new research programme, Horizon Europe, is underway. It’s widely expected that the UK will go on to negotiate some form of “associate country” status for that programme, as Switzerland, Norway and 14 other countries already do. Serious talks for that won’t begin until 30 March 2019, though there’s likely to be lots of preliminary exchanges between Brussels and London.

Click here for more details on the expected impact for researchers

Of course, the impact of the Brexit agreement will be huge for several other areas of the economy, including finance, transport, inter-Irish trade and much more. But here’s a quick summary of those issues affecting research, innovation and technology.

The text confirms the UK will leave Euratom, which oversees nuclear research and sets the rules on where nuclear material is and how it is moved, at the end of the transition period.

Euratom is a separate legal entity from the EU, but is subject to the jurisdiction of the European Court of Justice. No country is a full member of Euratom without being a member of the EU. New agreements with the International Atomic Energy Agency will replace the existing agreements between it, Euratom and the UK.

The UK’s role in future Euratom research projects is not addressed and left unclear. For example, the text does not reveal the fate of funding for the Culham Centre for Fusion Energy, a laboratory near Oxford.

The section of the draft agreement dealing with data protection is relatively straightforward. The UK would have to continue applying European data protection standards to data coming in from the EU. The EU, for its part, would not treat personal data from the UK any differently from data obtained in the EU simply because of the UK having left.

Similarly, the agreement would bind both the EU and the UK to maintain existing levels of protection for any classified information each has obtained from the other. This would include data obtained from Euratom, which strictly speaking is not part of the EU.

The commitment on classified information means the UK would have to continue to apply many EU standards in classified public procurements and grants. The UK would also be bound to prevent the export to third countries of any cryptographic products that use classified algorithms evaluated and approved by the EU prior to the end of the transition period.

The patent, trademark and copyright systems of the UK are deeply intertwined with the rest of the EU – and the draft agreement provides that any IP registered in Britain before the end of the Brexit transition period, 31 December 2020, will continue to be valid afterwards without any further paperwork. In most cases, those who hold IP rights under EU law will be able to get "comparable" protection under British law. The language concerning the protection of databases is somewhat stronger, requiring UK law to afford "the same level of protection" as the Database Directive of 1996.

For geographical designations, like French Champagne, that were registered before the end of the transition period, the agreement provides they will be “granted at least the same level of protection under the law of the United Kingdom” as in the EU. That appears to protect existing designations, but could allow scope for the UK to start altering its own laws as it starts negotiating trade deals with other nations in the 2020s.

An early issue in the Brexit talks involved the European Fund for Strategic Investments – the so-called Juncker Fund – which provides loans, guarantees and other financial aid to big investment projects that the EU thinks will spur economic growth, such as broadband networks and new company laboratories or robotic lines. The agreement provides that the UK will continue to be liable for any of the fund’s commitments made up to Brexit day, but not for new commitments after that. For the old ones, the agreement provides extensive details for annual reporting by the EU, and annual financial provisions for its liabilities in the UK budget.

BREXIT LIVE BLOG: Read our rolling summary of comments on what the deal means for science and technology in Europe. 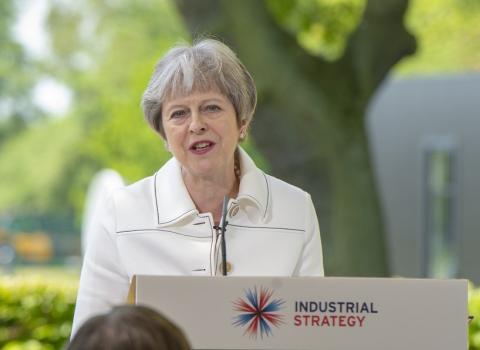 The legal text of a Brexit deal has been agreed between the EU and the UK, and accepted by Theresa May's Cabinet. Here is a summary of the bigger picture in EU-UK relations for research and innovation