Europe needs a ‘BFP’ in research and innovation

“I do think we need to be visionary,” said Mark Ferguson, director-general of Science Foundation Ireland.  “Maybe we need a European programme which is the BFP, the Big F* Programme,” he jokingly suggested. “Dead simple goals” like going to the moon or sending a rocket to Mars stir the public imagination – and that’s what EU research and innovation programmes need, too.

Ferguson made the comments last week at a conference on research and innovation policy organized here October 12th by the Estonian Presidency of the EU Council. At the conference, the Estonians issued a draft Call for Action urging more investment, bigger impact and more trust in science in the next EU research Framework Programme. It also calls on both the EU and national governments to increase expenditure in research and innovation if they want to make breakthrough advances.

Disruptive innovations are promoted by war and engaging national challenges which can be “understood by everyone,” Ferguson said. What made the moonshot a success in the 1960s was the public engagement: everybody was talking about it, which made it easier for the US government to justify spending money on it. Also, the challenge had a deadline which many thought impossible. And, above all, it was a competition against the Russians. “Public engagement is as, if not more, important than the return on investment,” Ferguson said.

But such a public movement to support a common goal seems to be far away in Europe, as most EU member states still fall short of their 3 per cent of GDP target for R&D expenditure. “It is difficult to convince ministers to spend more,” says Luc Soete, chair of an economic-advisory committee to the European Commission and former rector of the University of Maastricht. Also, corporate spending on R&D is very low still, as tax credits for R&D across the EU have turned into subsidies for companies, not into more private investment in R&D.

Many experts at the conference backed the idea – now increasingly popular in Brussels policy circles – of identifying clear challenges, or missions, around which to organise EU research and innovation. But several conditions must be met. “Challenge driven research should be more interdisciplinary and researchers should cooperate more with industry,” said Dominique Guellec, head of the science and technology policy division at the OECD.

Digital innovation is now behind the world’s most valuable companies, but the EU lags behind other areas in the globe due to its fragmented markets. According to Geullec, the number of ICT patents in Europe is lower than in the US, China and Japan, because the EU’s internal market is not fully integrated and start-ups cannot scale-up. “This is by design, not by accident,” Guellec says.

Such problems can be solved – if political action is taken. “The only way out of this system is addressing bottlenecks in regulation and lack of single market,” said Soete.

Robert-Jan Smits, director-general for research and innovation at the European Commission, said that in the EU’s next big research programme it should look at what it can do to increase the impact of research and leverage more private funding. European universities are still producing most of the world’s knowledge, but not enough of that knowledge is transferred into products and services. “That is where the bottleneck is,” said Smits.

In the end, however, there’s no movement without money. According to Smits, “it is all fine to discuss impact, public trust and innovation ecosystems,” but governments and companies need to spend more money first. “Politicians should put their money where their lips are,” he said.

Europe should also prepare for the impact that disruptive innovations will have on the job market. Disruptive innovations create more jobs but they also cause huge shifts in the job market by displacement of employment. That’s why Europe should also reform its education system to be able to continually upskill and retrain the population. “There’s university system in the world that does lifelong learning well,” said Ferguson.

Work with the industry

University reform is another step that some speakers urged. Ferguson noted that the European labour force will need constant retraining to cope with disruptive innovations – yet “there’s no university system in the world that does lifelong learning well.” Further, he said, Europe’s researchers are still evaluated and rewarded based on the number of citations and papers published – meaning they don’t prioritise collaboration with companies or others more broadly in society. According to Ferguson, the world’s most highly cited academic papers have an industry co-author. “More impact is achieved through cross-cutting collaborations,” he said.

For example, Valeria Nicolosi, a graphene researcher at Trinity College Dublin, said she is working with SAB Miller and to make better bottles for beer. Because glass is too heavy and expensive, and plastic is cheaper but the gas leaks out of plastic containers, Nicolosi said she concluded that working with industry was the only way her research could have an impact. 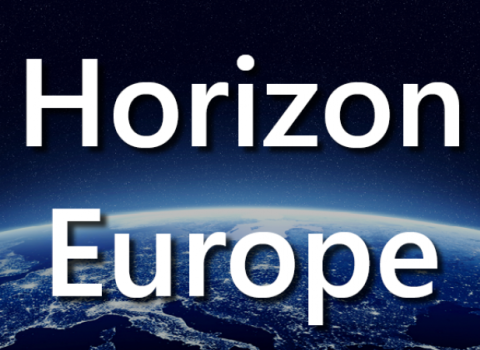