Research investment ‘not a luxury, but a necessity,’ Estonian leader tells other EU members

Estonian Presidency of the EU has published a ‘Call for Action’ for more investment, bigger impact and more trust in science in the next EU research  programme

TALLINN - Estonia’s prime minister used his country’s presidency of the European Union to call on other states to boost spending and support for research and innovation – both at home and in the next EU Framework Programme.

“Investing in research and innovation is not a luxury, but a necessity,” Estonian prime minister Jüri Ratas told delegates at a conference here October 12th.  “Europe will not become a leader if investments are cut or stagnate. He also confirmed an 11 per cent rise in his own country’s 2018 budget for research, reflecting Estonia’s big bet on digital R&D.

His comments came shortly before his government issueed on October 16th a ‘Call for Action’ to other EU members to agree on an increased budget for the next research Framework Programme. Under EU rules, his country holds the chair of governing EU Council meetings through December; governments in that position, which rotates every six months among EU member-states, often issue ‘calls’ to underscore issues that they want to make a priority for the EU.

The Tallinn Call for Action recommends more investment, bigger impact and more trust in science in the next research Framework Programme. The current, €77 billion programme is due to end in 2020. Debates are already well advanced in Brussels over the size and shape of the next one, with mounting concern among research advocates that they may face budget cuts if the UK goes ahead with its declared intention to leave the EU.

The document calls for both the EU and national governments to increase expenditure in research and innovation if they want to make breakthrough advances. “The EU remains far from achieving its 3 per cent target on R&I investments that was set already in 2000. There is an urgent need for renewed political commitment towards this ambition,” the Call reads. Currently, EU public and private spending on R&D amounts to about 2.1 per cent of GDP.

The Call for Action also recommends that the EU and member states “act urgently” to fix the pitfalls of previous framework programmes. National and EU programmes should be harmonised; researchers should learn to communicate the impact of their results; and the European Research Area – intended as a single market for discoveries, inventions and talent - should be strengthened to “mobilise untapped potential from all regions,” the document reads.

To build more trust between research and society, the call recommends that citizens be engaged in the co-creation of the future. “Engage the public and all levels of government with research that affects them,” the call reads.

In a video message broadcast at the conference, EU Research Commissioner Carlos Moedas voiced his support for the Call and said that the EU must boost investment in research excellence to drive economic growth. “The Tallinn Call for Action is an important step in the right direction,” he said.

The Estonian government is also willing to put the money where its mouth is and has recently decided to increase its national budget allocation for research and innovation in 2018 by €14 million, or 11 per cent; that is equivalent to slightly more than 0.8 per cent of gross domestic product. Ratas reconfirmed that the government’s public spending target is 1 per cent of GDP.

Including private spending, R&D expenditure in Estonia has been stable at slightly over two per cent of GDP; but it falls short of its 3 per cent target. Convincing the private sector to spend 2 per cent will be “more of a headache” than reaching the 1 per cent goal for the public sector,  Mailis Reps, the Estonian minister for research, told Science|Business.

Estonia has been making research and innovation a priority – especially in digital technologies – for a long time. During the Soviet era, its Institute of Cybernetics was a centre of computer research for the region; and since then, it has been pioneering efforts in e-government, on-line voting, on-line banking and ‘e-residency’ permits. And the success of its first big ICT start-up, Skype, minted a crop of wealthy entrepreneurs who have gone on to invest in other Estonian start-ups.

The  2018 budget rise  will provide “more stability for long term projects,” said Reps. About 80 per cent of the national research-funding calls in Estonia are competition-based; and some researchers use these competitions as a validation stage for EU applications. But the budget increase will allow the government to spend more money on the basic financing of its national research. 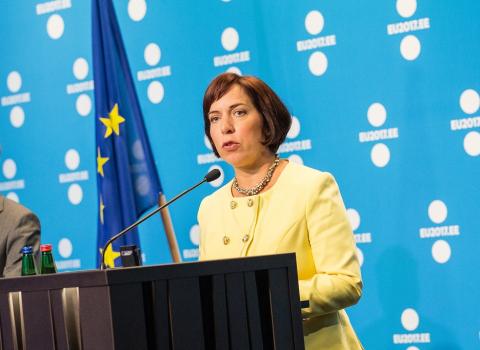 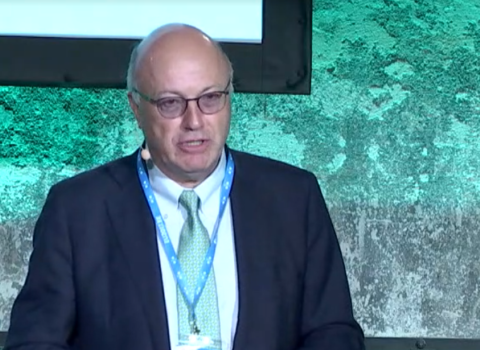 Europe needs a ‘BFP’ in research and innovation