Mariya Gabriel, the nominee to replace research commissioner Carlos Moedas in November, said she “will vigorously defend an ambitious budget for Horizon Europe,” the EU’s next big research funding programme.

Her pledge – at a politically delicate time for the proposed €94.1 billion R&D programme – is contained in written responses to questions from the Parliament. Her hearing takes place in Brussels the evening of 30 September. While she is expected to be confirmed – she has been digital affairs commissioner for the past two years – her responses shed the first light on her priorities for the next five years.

Her answers, however, also appear to deepen uncertainty over the terms under which Switzerland would be able to participate in the programme.

Horizon Europe could end up with less money than anyone anticipated. Last year, the Commission proposed €94.1 billion, and the Parliament later called for €120 billion. But the German, Dutch and a few other governments now say they want to spend far less on the EU as a whole than the Commission is asking for, and the other major areas of EU spending were already in line for cuts anyway, to the chagrin of east European governments that benefit from cohesion funds. Making up the difference may prove impossible without cuts to Horizon Europe.

To be confirmed as the new Commissioner for Innovation and Youth, the Bulgarian  needs to win the approval of the European Parliament, and must answer questions from members of the committees on Industry, Research and Technology (ITRE) and Culture and Education (CULT). The two committees have submitted written questions, and will be able to ask a few additional oral questions during the hearing.

In her written responses Gabriel also stressed the importance of basic science. While that may seem anodyne, it follows a mounting storm in the EU science community that her job title is “Innovation and Youth” – dropping “science” and “research”, which were in Moedas’ title. More than 8,000 scientists have signed a petition asking it be reinstated, for fear that basic research is about to be downgraded in the budget priorities.

In her response to Parliament on this topic, Gabriel writes: “fundamental research is an essential asset and an important condition for increasing the Union's ability to attract the best scientists in order to become a hub of excellence.”

MEPs also, in their written questions to her, asked Gabriel which non-EU countries she would prioritise in research cooperation. Gabriel response, far from clarifying the politically fraught issue, appears to have added more uncertainty. She wrote:

“As discussions on the conditions for association are ongoing, it is too early to say which countries will be finally associated to Horizon Europe, the closest form of cooperation with an international partner country. With Horizon Europe, we are likely to seek full association for the European Economic Area, the EU Enlargement countries and the European Neighbourhood countries. Beyond European Economic Area, Enlargement and Neighbourhood countries, third countries may only participate in Horizon Europe if the programme expressly allows for that.”

That takes considerable decoding. But diplomats in Brussels said it appears to suggest more-favourable terms than in the past might be offered to Israel, one of the so-called “neighbourhood” countries. And it reconfirms a likely easy re-entry for EEA countries Norway, Iceland, and Lichtenstein. The enlargement countries, meanwhile, are the five prospective EU members: Albania, North Macedonia, Montenegro, Serbia and — officially — Turkey.

Switzerland, however, does not fall into any of those categories, though the country is currently a very active associate member of Horizon 2020. There is much anxiety among Swiss researchers about the country’s future in Horizon Europe, in part due to tricky negotiations over a new agreement governing Switzerland’s relationship with the EU. Gabriel’s wording appears to suggest the country will be negotiating with the EU in a separate category, and its participation will have to be explicitly written into the programme legislation by the EU Council and Parliament.

That prospect, which hadn’t been previously stated in quite this way, prompted a quick response from the Swiss. Said one Swiss official: “Previously associated countries should also be included in the list of stable and long term partners” for Horizon.

Whether or not the UK and the EU will reach an agreement on association after Brexit is also an open question, and wasn’t mentioned in her written answers.

Association agreements allow researchers in non-EU countries to participate fully in Horizon Europe without having to bring their own money along, as their governments pay into the research budget directly (although some poorer countries get in free.)

The terms for association in Horizon Europe haven’t yet been agreed, but will ultimately be defined in the legislation when it’s finalised. That probably won’t happen until next year, and a senior EU official said this week that association talks won’t start until after Horizon Europe’s regulation is settled. 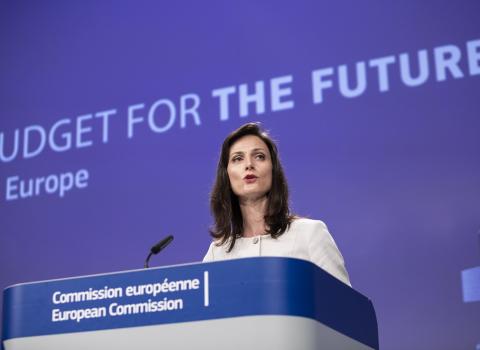 Revision time: 8 questions for Mariya Gabriel to ponder ahead of her hearing in parliament

To secure the post, the nominee for Innovation and Youth commissioner needs to survive a quizzing from MEPs. Science|Business suggests some questions she should be ready to answer 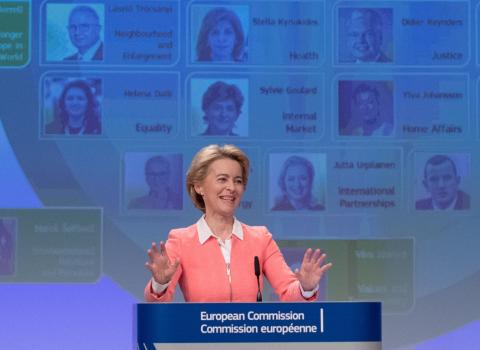