Brussels makes strongest statement yet that it wants the UK in EU research programmes after Brexit, but says there can be no half in, half out arrangement on trade and EU agencies

The EU rejected the UK’s bid to become an associate member of regulatory bodies including the European Medicines Agency (EMA) after Brexit, but gave its strongest statement of support yet for continued research cooperation, in draft guidelines for the second stage of negotiations released this week.

The EU, “Will preserve its autonomy as regards its decision-making, which excludes participation of the UK as a third country [in] EU Institutions, agencies or bodies,” the guidelines say.

The goal of remaining part of EU agencies is ruled out by the UK’s intention of leaving the single market and customs union, the EU Council said.  These "repeatedly stated” positions of the UK “limit the depth” of the future partnership.

Alongside reiterating previous warnings that there can be no cherry-picking elements of access to the single market for particular sectors of industry, the text also emphasised the integral role the European Court of Justice plays in overseeing all EU agencies.

The position is an opening salvo from the EU27 on a future EU-UK trade relationship.

The six-page document is a comprehensive rebuff of UK prime minister Theresa May’s pitch last week for the UK to become associate member – a status that does not exist – of key EU regulators, specifically the EMA, the European Chemicals Agency and the European Aviation Safety Agency. She said it is understood this would mean regulatory alignment and making financial contributions to the running of these bodies, suggesting a third party, independent arbiter could be set up to rule on any disputes.

Council president Donald Tusk, presenting the negotiating guidelines in Luxembourg, said the EU wants to maintain research cooperation after Brexit – an offer some in the UK may argue is an example of EU cherry picking.

“We invite the UK to participate in EU programmes in the fields of research and innovation, as well as in education and culture,” Tusk said. The EU is also keen to maintain cooperation with the UK on security.

Throughout the Brexit process EU leaders have supported the idea of maintaining EU-UK research collaboration, but Tusk’s words are the strongest encouragement from Brussels so far.

UK scientists see a big net gain from EU research funding. In Framework programme 7, which ran from 2007 - 2013, the UK received €8.8 billion, in return for an estimated contribution of €5.4 billion. Funding from Brussels accounted for 11 per cent of UK universities’ research income in 2015/2016.

“Associated and third countries have much to contribute to FP9, and the Commission and member states should continue to work with these countries to ensure their voices are heard,” the paper says.

The terms of participation, “Should be fair and should not seek to unnecessarily restrict, or to create undue financial or administrative burdens for new partners.  Application processes for new members should be “streamlined” and legal requirements kept “reasonable”.

The UK is likely to have to pay at least €1 billion a year, equivalent to what its scientists currently get from the programme, for associate membership in FP9. That would be in line with the amount paid by non-EU countries Norway, Switzerland and Israel.

Failure to keep the UK in EU agencies could have damaging repercussions for public health, industry and the environment, according to voices across Europe.

Today, the cross-EU lobby group, European Health Community warned time is running out to secure patients’ interests in Brexit negotiations. Health groups have drawn up a list of crucial unanswered questions they say must be addressed by the EU and UK negotiators to ‘put patients first’ in the negotiations.

Setting the UK apart from EU chemical regulation will harm industry, the economy, the environment and animal welfare, according to chair of the Environmental Policy Forum, Will Pope, in a letter sent to UK politicians on Wednesday.

“A separate system without access to the existing database of chemical safety information would be very expensive to establish and operate, both for government and for the chemical industry,” Pope said.

The need to generate repeat safety information be expensive and could also require significant duplication of animal testing, with the associated impact on animal welfare. “The UK would also lose access to the combined scientific expertise in the EU member states, as well as losing influence on future scientific and policy development in this area,” said Pope. 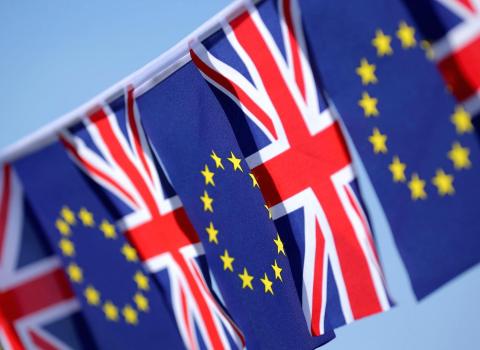 Setting its objectives for the second stage of negotiations, the UK has confirmed it wants to be part of – and pay into - future Framework programmes and to be a member of EU agencies including EMA