All the new stuff that’s fit to print (in 3D)

From glass to bacteria, you can print almost anything these days, as researchers backed by the EU-funded ATTRACT project are demonstrating.

Humans have been making glass for well over 5,000 years, but not like this. Recent advances in photonics are driving industrial demand for extremely intricate glass structures, which could be created using 3D printing.

A research project in Germany is bringing together two cutting-edge technologies: an ultra-high-resolution 3D printer and a new substance called Glassomer, which combines particles of glass with a light-sensitive polymer that’s liquid at room temperature, but can be solidified by the printer’s laser. The printed Glassomer is then baked in an oven where the polymer burns off and the glass particles fuse together, leaving high-purity silica glass. Glassomer is the eponymous invention of a start-up based at the University of Freiburg, while the 3D printer is produced by Nanoscribe, a small business in Karlsruhe.

Uses for these glass structures could include optical communications, high-powered lasers, filtration and cell culturing, says Feredrick Kotz, Chief Science Officer at Glassomer.  “Normally these things are done with polymers,” but polymers lack the opacity and resistance to extreme temperatures and chemicals offered by high-purity glass, he adds. High opacity is important for optical data processing, as well as for high-powered lasers, which also require heat-resistant materials; while various industrial and scientific applications need materials that can cope with hazardous chemicals.

“People always wanted to use glass in these applications, but it was not always possible, because shaping with these high resolutions was not possible,” notes Kotz. Pure glass—silicon dioxide—melts at such high temperatures that it’s hard to create solid moulds for it, and lower-purity glass lacks the desired properties. These industrial uses also require much smaller and more intricate structures than other glass-shaping methods can achieve.

Called OptoGlass3D, the research project is backed by €100,000 one-year grant from ATTRACT, a CERN-led consortium funded by the EU, that supports breakthrough technology projects in a variety of fields, such as 3D printing.

Also known as additive manufacturing (AM), 3D printing creates objects by printing droplets of liquid material, most commonly plastic, and adding one layer on top of the other as each solidifies. It is a tremendously versatile production technology that’s growing rapidly and could one day account for 5% of all global manufacturing, according to consulting firm Wohler Associates. The European Patent Office says it received 4,000 patent applications for 3D printing in 2018 alone, and that AM applications grew 36% per year during 2015-2018. Industrial applications account for half of these new AM patent applications.

Even living organisms can now be 3D printed. In the ATTRACT-funded PRINTBIO project, a team at Spanish firm Nanoelectra and the Madrid Institute for Advanced Studies (IMEDIA) use 3D printers to structure layers of hydrogel, which contains genetically modified bacteria that produce a bioelectric pulse when they come into contact with certain chemicals. By using graphene electrodes to pick up these pulses, the printed bacteria serve as chemical detectors that can be used to detect water pollution or to monitor food quality.

ATTRACT is also funding an attempt to use 3D printing to bring down the production costs of scintillators, which detect sub-atomic particles by converting ionising radiation into visible light. Scintillators have existed for more than a century, yet they remain difficult to make because the task of assembling the delicate and costly scintillating materials is very laborious. “They have to painstakingly glue fibre after fibre next to each other,” explains David Deganello, professor of engineering at Swansea University.

The 3DSCINT project uses 3D printers to create a polymer scaffold into which the scintillating fibres can be threaded, which makes assembling them “a few minutes job, not a six months job like before,” says Deganello. The project also involves printing the casings to protect the materials.

The researchers at Swansea University and Glasgow-based firm Lynkeos are developing scintillators that detect muons, tiny elementary particles that are similar to electrons, but heavier. Small amounts of muons are present in sunlight, so they can be used to study the insides of structures and materials without using a particle emitter—though the process can take several hours due to the scarcity of the muons. In 2017, a muon detector was used to locate a secret hidden chamber in the Great Pyramid of Giza.

Other uses of muon scintillators include detecting cracks and cavities in the walls of old buildings or in bridges, and monitoring the effectiveness of nuclear entombment, which mixes radioactive waste with concrete in barrels for long-term storage.

Another ATTRACT project, Smart Wall Pipes and Ducts (SWaP), is using 3D printing technology to create hydraulic pipes with temperature and pressure sensors embedded within them. These pipes could be used to cool advanced scientific instruments, such as CERN’s gigantic atom smasher.

The pipes, wires and connectors are all created together from the same metal in the same print job, “then we come with another printing technology to print the sensors,” says Sébastien Lani, project manager at the Swiss Centre for Electronics and Microtechnology (CSEM), which runs SWaP in partnership with CERN.

The cooling systems in the latter’s Large Hadron Collider use a lot of components, which means they take up “a lot of space and weight,” adds Lani. “With our technology, the objective was not only to make a pipe with sensors, but also to reduce the mass, to reduce the number of assemblies, and to make the life of everyone easier,” he explains.

Meanwhile, the ATTRACT 3D-MIPS project, run by the University of Northumbria and Swiss firm Magnes, is using 3D printers to create wearable sensors for monitoring purposes. The 3D printed materials serve as a base for arrays of piezoelectric sensors, which can turn heat and pressure into an electric signal.

Another ATTRACT-funded project, DM-DX, is investigating an advanced form of X-ray imaging to improve Laser Additive Manufacturing (LAM), which enables 3D printing of structurally complex metal components by liquifying and mixing solid substrates. LAM is prone to error because scientists don’t yet know enough about the internal physics of the alloys being created, so the DM-DX researchers want to peer inside them using x-rays.

Standard x-ray machines, such as those used in hospitals, create an image based on whether or not a surface reflects the rays back. But the DM-DX researchers are working on phase-contrast x-ray imaging, which detects changes in the speed of x-rays passing through a material, providing more detailed information about the nature of whatever is being scanned. They aim to develop a phase contrast imaging system that can scan the internal structures of alloys printed using LAM printers, in order to find new ways to prevent flaws. 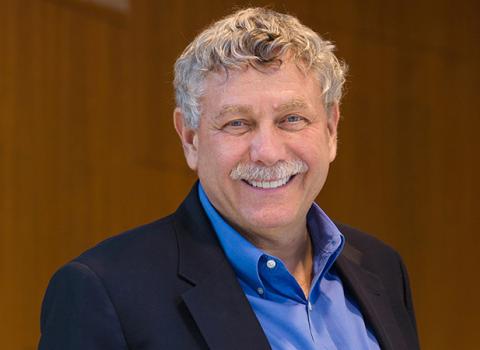 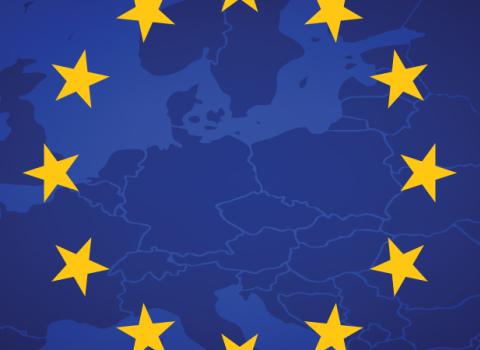