The European Commission is pushing for a zero-waste economy. If industry, finance and consumers pick up their game, experts believe it is now a realistic prospect.

Under the current European Commission, the idea of a “circular economy” – zero-waste, where the output of one process is recycled into the input of another – has rocketed up the list of political priorities. Since 2014, new directives have emerged to oblige member states to increase waste recycling, ban single-use plastics, enable fertilisers to be converted into organic produce, and more.

According to Jyrki Katainen, the Commission’s vice president for jobs, growth, investment and competitiveness, the journey has just begun. At a recent Science|Business conference in Brussels, he argued that circular economy and artificial intelligence are the two main global “megatrends” which will reshape our societies, markets and industries.

Despite recent achievements, the scale of the challenge ahead is considerable. “The biggest source of frustration comes from the fact that less than 12 percent of materials used in the EU are recycled,” said Katainen, hoping that percentage will grow much faster in the next five years.

To achieve this, Katainen called on the new Commission, which takes office 1 November, to involve more stakeholders when shaping strategies and regulations for the circular economy, since the biggest drivers behind the circular economy are in the private sector. “You have to do change from linear to circular together with stakeholders,” he said. “Not all the talent lives in the Berlaymont,” the Commission’s headquarters building.

Industry gets with the plan

In the past five years, leading European companies have started to embrace the EU’s circular ambitions. “In many countries industry leaders have understood that if they want to increase productivity, they have to change the business model,” Katainen said.

Peter Lacy, global managing director for growth and strategy at Accenture, concurs. In his 2015 book ‘Waste to Wealth’, he identified five distinct business models based on circularity: product as service, recovery and recycling, product life extension, sharing economy and circular supply, and a potential $4.5 trillion opportunity if these are deployed at scale by 2030. Initially, his research identified 120 companies using such models; today, that number has risen to 1,200.

For him, industry has the potential to transform the landscape. “Around 2,000 companies set the tone and framework for most of today’s global value chains”, he argues. As more companies adopt these models, however, “We will need to see more knowledge sharing and more diffusion and more incentives built into those value chains that allow us to move from linear to circular,” Lacy said.

The money is there

The EU is already making financing available for the shift towards the circular economy. The European Investment Bank (EIB) is planning to make the most of its future investments in businesses and projects which rely on circularity.

As a result, the EIB is now embedding the circular economy across all its lending priorities, according to Shiva Dustdar, head of the bank’s division for innovation finance advisory. “The instinctive reaction of our technical engineers, risk managers and bankers is, ‘is there opportunity for circularity here?’” Dustdar said.

Significantly, the EIB and EU’s top five banks have jointly committed €10 billion over the next five years to financing circular economy. To make these tools more effective, the new Commission could pass legislation to create a taxonomy for sustainable financing; banks have already asked the EU to come up with a clear rulebook on what kind of economic activities are sustainable.

“There are plenty of labels but consumers and investors are confused,” Katainen said. Apart from having a significant impact on sustainability, the new legislation would help Europe set the tone for green investments globally. “It’s a low hanging fruit that would have tremendous impact,” he added.

A perennial question is the role that consumers will play in enabling the transition to circular economy, and their willingness to exchange convenience for efficiency. Cars represent a perfect example: the average individual will use their vehicle for about 8 to 10 per cent of its life cycle, which has left many experts arguing that the energy and materials used to build one is immensely disproportionate to our need to move from one place to the other.

Katainen believes that when it comes to green purchasing decisions, “consumers are kings” and have already started “demanding much more from companies but also from their local authorities”. But Lacy takes a different view: “If you expect consumers to make trade-offs on those things, you will be sorely disappointed”. Instead, the priority should be on new approaches that “eradicate materials and provide consumers with the same value as an outcome.”

For Aart de Geus, chair of the executive board at Bertelsmann Foundation and chair of the supervisory board at Triodos Bank, businesses and policy makers will nonetheless have to adapt to the increasing demands from Europe’s youngest and brightest for environmental action. “The young generation will not be more responsible in terms of consumption but they will be more selective in where they will live and work,” said de Geus. He predicts companies that are not focusing on the circular economy will not be able to recruit the best and brightest people.

In addition, people’s minds need to be ingrained with a duty to cut waste. On average, every German produces non-recyclable waste five times heavier than their own weight each year.

Policy makers and businesses should include citizens in solving these problems, de Geus said, otherwise plans to adapt lifestyles to the demands of the circular economy will fail. “Make it clear to citizens what is the circular economy and why is it important. Ultimately, consumers have to wake up,” he said. 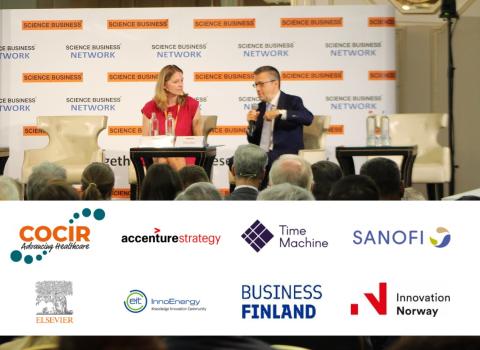