Horizon Europe: bigger and more complex than ever – in some cases

First impressions of Horizon Europe are in, as the research world gets to grips with the €95.5B research programme.

Researchers are now grappling with the new EU research programme, said by its architects to be simplified in its structure, and designed to be much more impact-driven than its predecessors. With the first round of applications complete, Science|Business has been asking researchers about their first impressions of Horizon Europe.

The reviews are mixed. From praising the lighter administrative touch, to suggestions it would be better to revert to paper submissions, the research community is divided. One thing most agree on is that Horizon Europe calls are more ambitious than ever, and few can fit their proposals into the new 45 page limit.

After the first round of calls, researchers reported:

The European Commission says it is actively listening to the feedback. But it’s not clear how administrative changes can make Horizon Europe’s ambition of taking the EU to a green and digital future a reality.

From an administrative point of view, “They have simplified a couple of things that make it more straightforward,” said ‪Cruz Enrique Borges Hernández, researcher at the University of Deusto, Bilbao, Spain. “Now, in the scientific part, it's a hell of a lot harder.”

The Commission says high value grants for collaborative research, “Always entail a significant degree of form-filling”. That leads to trade-offs, despite best efforts to ease access to the programme. “As simple as necessary, but no simpler” is the moto.

On the question of whether the architects have succeeded in balancing the trade-offs, the jury is still out. Science|Business will deliver its judgement on Horizon Europe in a report summarising the views of its network members and the broader research and innovation community at its Annual Network Conference in Brussels in February.

Horizon Europe is presented as more impact driven and bigger than any of its predecessors in the last 30-odd years, especially in pillar two, through which big collaborative projects are funded. “It marks a paradigm change in the design of the EU research and innovation framework programmes from an activity-driven to an impact-driven programme” according to the programme guide.

Much of the push for greater impact is tied to the EU’s green and digital transformation plans, and the European Commission wants to know how each project will deliver.

Submitting a Horizon Europe pillar two proposal has always been seen as time-consuming and bureaucratic. Based on the work programmes that outline the calls, their scope and available budgets by theme, researchers have to form international consortia and write up their project proposals to fit the Commission’s template. Proposals are then evaluated, with only around 12% going on to sign grant agreements and receive funding.

Frank Kresin, dean of the faculty of digital media and creative industry at Amsterdam University of Applied Sciences, says the ambition for impact inevitably increases complexity. For big projects to deliver scientific and economic impact it is necessary to bring together different kinds of organisations, and people with different skills. Entrepreneurs don’t understand the basic science, whereas scientists do not have the skills to translate their work to market, but all are key to the project.

“I would say in the sense that ‘mission-orientedness’ and the design for impact that you see throughout the programme is actually an improvement. I won’t say it’s more easy to make the proposals,” said Kresin. “But I’ve been always wondering how we can have all those interesting projects without really taking care of what is the legacy of the outcomes.”

Some argue this leaves those responsible for coordinating the project with a lot more on their plate. With bigger requirements and in some cases bigger budgets, the proposals have to accommodate a broad range of call goals and demands.

“It’s a complete level harder to build the consortium, to organise the partners, to understand the call and try to put [in place] the right pieces. This has increased the complexity to a huge level,” said Borges. “You have to do a lot of more things with less budget.”

Borges is concerned that this new level of complexity in putting big projects together will close the door to the uninitiated. “The reality is that newcomers won’t be welcome, and if they are, only for small tasks. What is going to happen is a concentration of people that have been working on [EU projects] for a long time,” said Borges.

One move to reduce the administrative overhead in Horizon Europe was to change the page limit for applications from 75 pages to 45 pages. This has forced many applicants to rethink how to draft proposals for big collaborative research projects.

Some welcome the change, saying it helped them to structure their proposal better and did not pose problems. Others struggled with fitting in everything they wanted to say. “The biggest challenge was the change of thinking about the project, not to go into detail and individual activities, but at the same time not to remain just on the very general level,” said one member of the Alliance4Life of twelve central and eastern European universities.

Marie Latour, secretary general of the European Association of Innovation Consultants (EAIC), said its members had taken time to get used to the new format. With fewer pages and more focus on impact, they reported it was extremely challenging to fit all the needs of the projects into 45 pages. “The amount of information is very similar. So, it becomes very challenging to provide enough information to differentiate from other proposals for very large consortia,” said Latour.

Of the 45 pages, the impact section should take up 9, according to the template. Innovation consultants say this is not enough to convince evaluators the proposed project will have the necessary significance and impact to merit funding.

In the end, it can be done, but “a minimalistic approach can lead to generalisation or distortion of the project impact,” said a member of Alliance4Life.

As the Commission was working on shaping Horizon Europe in 2020, the programme got caught up in the long fight about the EU’s overall seven-year budget. Member states wanted to cut research spending while the European Parliament wanted to increase it. With Horizon Europe due to start in January 2021, the €95.5 billion budget was not agreed until December 2020. It took the Commission another six months to get the programme fully off the ground.

The first calls went up as soon as the 2021-2022 work programmes detailing the two-year spending plan were published in June, with deadlines just a few months later.

“From my point of view, [the delay] had an impact on the quality and the quantity. Many participants haven’t had the possibility to set up in proper due time,” said Massimo Busuoli, head of the Norwegian University of Science and Technology Brussels office. Drawing on feedback from an informal network of Brussels university liaison offices, he stressed that universities needed longer.

Consultants with more experience of putting together proposals for grants were experiencing similar issues, struggling to find the right partners in a few short months. “The challenge has been to create the consortia, because we’ve been waiting for the work programmes for a long time. There was little time between the opening and the closing of the calls,” said Latour, reflecting feedback from EAIC members.

All this happened over summer when many researchers and innovators were on holiday and away from their desks. Several members of Alliance4Life said that meant it was difficult to coordinate the drafting of proposals.

Layered on top of this was the pandemic. As calls opened, researchers were struggling under continuing COVID-19 restrictions and pandemic fatigue, and many needed more time to deal with their workload. “In general, it would be good to have had more time to recover from COVID [restrictions],” said Kresin.

One way the Commission could have saved time for researchers would have been a ‘funnel’ system for filtering out the best potential projects before moving to the full proposal stage, Kresin said.

As the deadlines approached, many researchers were frustrated with technical issues that plagued the Commission’s overloaded platform. Some weren’t able to save forms, others were unable to submit proposals or change the participant order.

These issues are not new, noted Busuoli. At times of high traffic, the portal has often presented problems. This time around, the Commission was light touch and willing to help those affected. “The Commission reacted fast, in some cases even extending the deadline to make sure everyone was able to submit,” said Busuoli.

Taivo Raud, head of grant office at the University of Tartu, which submitted 98 Horizon Europe proposals in 2021, agreed these shortcomings were a problem. “The main obstacles in the submission process have been technical ones, connected with the funding and tenders portal capability to process all information and data close to the deadline,” Raud said.

Busuoli says uncertainties surrounding association of non-EU countries to Horizon Europe put a stress on organisations when forming consortia this year, but shouldn’t be a major issue for the 2022 round of calls. “Many of the issues have been solved. The main political problem appears to be the association of Switzerland,” said Busuoli. “The situation is normalising, but the first calls were taxing due to the uncertainties.”

Despite some initial pushback against the new requirement for applicant organisations to have gender plans in place when applying for calls starting in 2022, all surveyed organisations appear to be prepared to submit the plans.

One question that remains unanswered is whether organisations will be held accountable for sticking to these plans. “If on one side there is an understanding it is important, it is unclear how the monitoring framework will work to ensure that gender plans are applied, how the organisations have to behave apart from the application,” said Busuoli.

The University of Tartu hopes to see clearer explanation on the requirements for open science and the intellectual property section of the application, as well as the letters of support. “It would be very useful if there are examples of good practice on how to fill out the forms and what is expected in references sections,” said Raud.

Others were ‘very confused’ about the inclusion of the ‘do no significant harm’ principle in the application. Researchers are expected to prove their project won’t harm the environment, but how to do this remains unclear.

As the complaints and the plaudits pile up, the Commission is listening to researchers. It gathers feedback in regular webinars and keeps contact with the national contact points that provide guidance to applicants in each country. Each proposal evaluation session includes independent observers reporting on the process. Based on this, “We are about to publish a new version of the proposal template with changes proposed by applicants and stakeholders,” a Commission source said.

In Horizon Europe, the source says the Commission has attempted to simplify the process by:

Send us your feedback 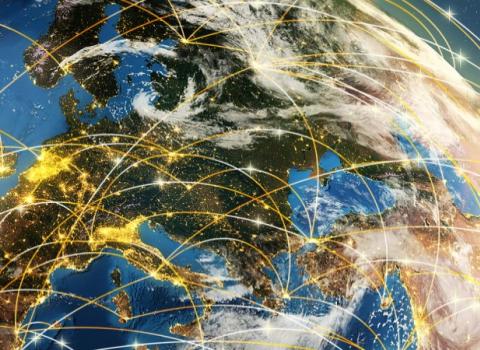 What do you think of Horizon Europe so far?

Tell the EU, in this Science|Business survey