As the EU marks the 10th European Antibiotic Awareness Day and the latest data shows the threat continuing to grow, a review of progress in halting antimicrobial resistance says governments need to act decisively on control measures

A lack of specific objectives is hampering the global fight against bacterial resistance to antibiotics, with various national and international plans putting forward “ambiguous” recommendations that limit the impetus for decisive action by governments, according to a new study.

UK microbiologist Laura Piddock, professor at Birmingham University, and other researchers reviewed the antimicrobial resistance action plans of the World Health Organisation, the EU and the UK.

These cover a range of activities, from improving surveillance of emerging resistance, promotion of appropriate use of antibiotics, reducing use in animals, spurring the development of new antimicrobial drugs and a focus on infection prevention. A summary of the findings, published in The Lancet Infectious Diseases, says policymakers should focus on measurable objectives.

“The biggest weakness of all the AMR strategy and action plan documents is the ambiguous nature of the objectives,” the report says. “Without measurable targets, governments cannot be realistically expected to invest the necessary funds to deliver interventions with sufficient effect.”

For example, Piddock says that the UK has taken significant steps to meet the objectives of the EU Action Plan, which in turn satisfies the WHO Europe Strategic Action Plan. “Yet there is an absence of objective and tangible outcomes by which to measure success of these plans and strategies,” according to Piddock.

There is also a lack of consistency between the strategies in use of terminology, areas of compliance, and recommendations, which makes it difficult to discern whether the EU and UK regional action plans have satisfied the overarching WHO Action Plan.

Uncontrolled use of antibiotics has led to the evolution and spread of resistance, and antimicrobial-resistant bacteria now commonly found across the globe. If resistance continues to spread, everyday surgery such as caesarean sections and joint replacement could become too dangerous to perform.

The review, which looks at the implementation of efforts between 2014 and 2017 to avoid the worst AMR outcomes, suggests that even if the governments in Europe did address the issue, finding evidence of the effects, or the activity itself, is difficult, because of the vague nature of the goals.

For example, there is little evidence of meaningful activity to regulate and restrict non-prescription use of crucially important antibiotics in people, animals, and agriculture, among EU countries.

The variation in the levels of resistance across Europe is reflected in the latest data from the European Antimicrobial Resistance Surveillance Network, published to coincide with the 10th European Antibiotic Awareness Day on Saturday (18 November).

The EARS-Net data for 2016 show that antimicrobial resistance remains a serious threat to public health, with a high percentage of bacteria showing resistance to key antimicrobial drugs reported from many countries.

Levels of resistance were generally higher in southern and south-eastern Europe than in northern Europe.

For Klebsiella pneumoniae, more than one third of the isolates reported to EARS-Net for 2016 were resistant to at least one group of antibiotics, and combined resistance to three or more antimicrobial groups was the most common resistance phenotype.

Commenting on the deteriorating situation, Vytenis Andriukaitis, European Commissioner said, “With increasing resistance even to last-line antibiotics we face a frightening future where routine surgery, childbirth, pneumonia and even skin infections could once again become life threatening. To preserve our ability to effectively treat infections in humans and animals, we need to bridge differences between EU member states and raise the level of all of them to that of the highest performer.”

One slight sign of progress can be seen in the European Medicines Agency's latest report on sales of veterinary antimicrobials, published in October, which shows that sales of antibiotics for use in animals in Europe fell by 13.4 per cent between 2011 and 2015, although the situation across Europe remains patchy.

But while the EU has banned their use as growth promoters, farmers elsewhere continue to use antibiotics to make animals grow faster. Overuse in pig production in China has spawned superbugs that have surfaced in the US and Europe.

The review calls for a redoubled effort to tighten restrictions on the use of last resort antibiotics in veterinary medicine.

Likewise, there needs to be more urgency by governments to come up with new ways to stimulate research and development into badly needed new drugs, the review says.

Antibiotics are not very profitable for pharmaceutical companies; indeed, most have abandoned the field.

As a result, antibiotic research remains seriously underfunded. In 2014, there were 800 cancer drugs in development compared fewer than 50 antibiotics. Of $38 billion in venture capital invested in pharma R&D from 2003 – 2013, only $1.8 billion was devoted to antibiotics.

The WHO has repeatedly warned that there are too few new antibiotics under development to counter the growing risk of untreatable infections.

A spate of dire warnings on antimicrobial resistance has elevated the issue in recent years.

The World Health Organization published its European Strategic Action Plan on Antibiotic Resistance in 2011. The plan highlighted seven strategic objectives as guidance to national governments to address antibiotic use and resistance. The EU followed with its own plan, which it recently updated with new objectives.

Economist Jim O’Neil, chair of the UK review on antimicrobial resistance published in May 2016, estimated that 700,000 people a year die from drug-resistant infections.

The most recent figures for the EU say there are 25,000 deaths in Europe per annum from infections that were previously treatable. 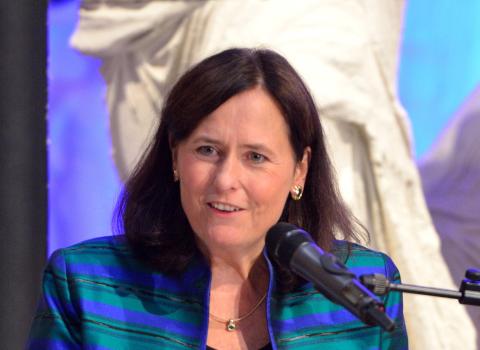 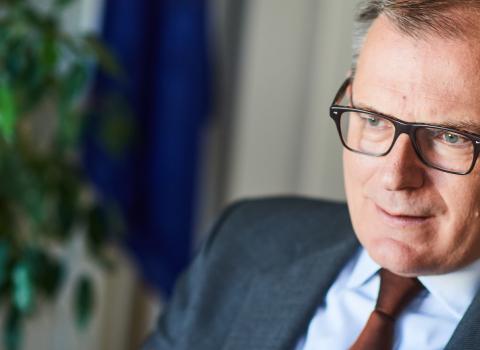 ‘We need to be realistic: defence budgets will come under pressure from COVID-19’
26 May 2020 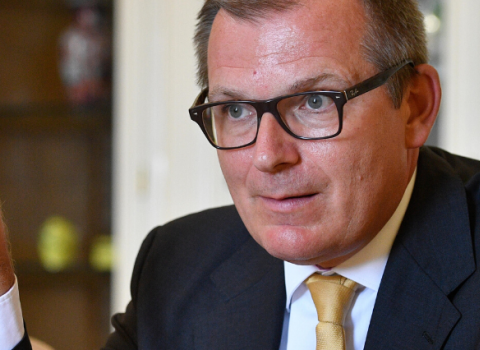