The EU’s Green Capital programme aims to bring back nature and make our cities sustainable. But green projects cost money. The EU needs to articulate the vision and improve incentives to attract private investment
By Sam Lane
The rapid pace of urban growth across the planet – with two thirds of the world’s population now living in cities - presents many problems. But it should also be seen as the source of opportunity, not least for green investment.

There are many examples of projects funded by the EU and national governments, in reducing food waste, urban agriculture, water use and efficient energy production, in pursuit of green city status.

But for these projects to make a difference they have to be adopted at scale - and that requires private investment.

The problem is that the incentives are not in alignment, nor are they sustained, as Ian Roderick, Director of the Schumacher Institute, a sustainability think tank, told delegates at the Euroscience Open Forum (ESOF) in Manchester last month.

When Bristol was named as the 2015 European Green Capital of the Year many initiatives and projects were launched. These included the ‘one day : Day One’ resilience project, set up with the support of the Schumacher Institute.

Roderick said green investment from business was drummed up, “with effective branding under the Go Green initiative,” but less than a year later, investment is falling.

This begs the question of whether the green cities vision is sustainable if financial backing cannot be maintained, as speakers highlighted in the session ‘Bringing nature back to cites – What’s in it for business?’.

Green city investment has also fallen victim to the recent fall in the price of oil, which means green energy sources, such as wind and solar power are becoming less competitive, noted Peter Horsburgh, founder of the Environmental Technologies Fund, a venture capital investment fund.

With money from private sources drying up, can public funding plug the gap?

This is not likely, said Richard Elelman, founder of Netwerc H2O (the Network for Water in EU Regions and Cities) and a former deputy mayor of Figueres, Spain.

Not only do national and supra-national governments often stifle green investment in cities, they are also highly susceptible to changing political narratives, according to Elelman. “Green cities do not exist …..  it is just a meaningless political label designed to sound sexy,” he said.

As a former deputy mayor, Elelman believes the best green investment opportunities are at a local level. “This is where the municipal authorities listen to citizens,” he said. With support from national governments and private partners, effective investment in green city development can be delivered.

In the face of the vagaries of private investors, falling oil prices and changing political narratives, the green city may look like a failed project in principle and in practice.

But despite this, there seems to be no sign of interest subsiding, as initiatives such as the Dubrovnik Declaration of Intent, which aims to engage citizens across Europe in moves to address the global challenge of water supply and management, highlight.

Bernd Gawlik, Water Resources Project Leader at the EU’s Joint Research Centre, worked on the Declaration. He told delegates that a significant amount of research has been carried out in the field. “There are still opportunities to translate this into better policy for a prosperous future,” he said.

Another green initiative taking hold and becoming sustainable is urban agriculture, with projects across the UK and mainland Europe, said Michael Hardman of the School of Environment and Life Sciences at Salford University.

During ESOF Hardman and his colleagues staged the ‘Allotment of the Future’ exhibition in Manchester city centre, showcasing technologies and ideas for a future urban living with an emphasis on self-sufficiency, recycling and growing your own.

“Public perception is still an obstacle” Hardman said. People are often put off growing their own out of fear that soil is contaminated, or by low yields due to infertile soil.

Engaging with citizens and getting their buy-in to green cities initiatives is critical to success, with many of the speakers agreeing grassroots movements, or at least those that ask the citizens what they want from a green city, were the best.

Elelman said that with the possible exceptions of Freiburg and Hannover very few cities even have an awareness they are “green”.

Part of the problem is that different people have different perceptions of “green” and there are no standards or quantitative criteria for which cities can aim when setting out to achieve green status.
Energy efficiency
ESOF
Green technologies 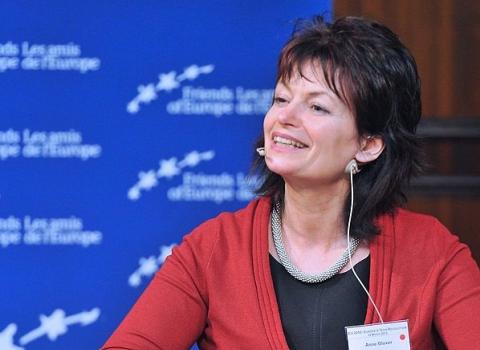 Viewpoint: Science expertise is back at the fore, but we must be honest about what we don’t know
17 Mar 2020 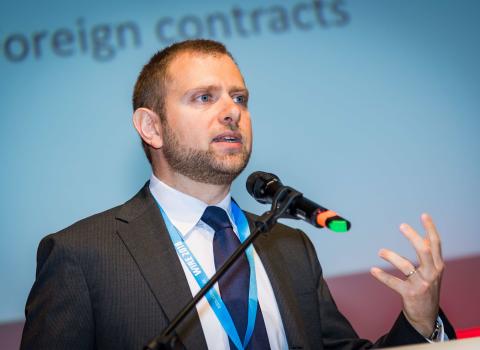