24 Sep 2015 | Viewpoint
One of the best features of Horizon 2020 risks becoming its fatal flaw. Open-ended competitions have resulted in a flood of doomed applications, some 80 pages in length. Proposals should be shorter, and call topics tightened
By Nils Kooijman

We are almost two years into the EU’s Horizon 2020 research programme and so far you could call the experience mixed to good.

There is plenty to like, from the bigger budget, to the intuitive grouping of research competitions and the improvements in administration.

But one thing is bugging everyone: the tiny odds of success.

The roughly one-in-eight odds of winning a grant makes for a “very sad story”, the European Commission’s Director-General for Research and Innovation, Robert-Jan Smits said this week – and I can only agree.

When you consider the enormous task of writing a proposal, some reaching nearly 80 pages and consisting of the combined input of many international partners, success rates of between 12 and 14 per cent are not only sad, but also expensive and wasteful.

The task of filling out Horizon 2020 forms has become a major economic activity in its own right. I work with a consultancy that helps researchers prepare proposals for funding agencies and our estimates are that a single-stage full proposal costs on average nearly €80,000. Because of this huge outlay, some research consortia recycle their proposals for several competitions, in the hope of eventual success.

The danger is that all this undermines the reputation of Horizon 2020, with top researchers turning their backs in favour of easier to access funding, despite the fact that with national research coffers drying up, there may not be many alternative sources.

How worried should we be by Horizon 2020 figures?

Its predecessor the Seventh Framework Programme (FP7), running from 2007 to 2013, offered better odds of winning a grant, with between 19 and 21 per cent success rates on average.

But it was also criticised for different reasons. FP7 had very narrow research competitions, with topics so precisely defined that there was no point in scientists applying if their research did not exactly match the call text. In Horizon 2020 by contrast, the topics have been broadened considerably, prompting more researchers to apply.

Of course, as Belgian politician Philippe De Backer observed this week in a meeting of the European Parliament’s research committee, this is automatically lowering success rates.

The change to open competitions was exactly what many of us wanted, since so many researchers were sidelined by the old process and could never apply for grants.

But ironically it is reducing the chance of success.

We are left with a conundrum. Open-ended calls may allow truly great projects to stand out, but they inevitably lower success rates. Narrowing calls allows for precisely targeted research, but makes applying to EU grants feasible only for a select few.

We clearly need to do something about the heavy burden of application writing, which saps researchers’ time and resources.

The most obvious fix I think would be to substantially reduce the size of proposals for all competitions – let’s make the requirement 10 pages instead of 80. After all, we want researchers to focus more on research, less on writing grants.

Another fix might involve narrowing call descriptions again, so as to discourage some of the flimsier applications. Calls could still be open-ended, but the topic more confined. Many health calls we have seen so far focus on improving disease diagnostics or healthcare across the board. This allows for pretty much any proposal to be written on almost any topic within healthcare, opening the floodgates to an enormous number of proposals.

How can a proposal on something like the microbiome, with the potential for very broad application, be meaningfully compared to one dealing with a rare disease such as lupus, for instance? A better approach would be to deal with a couple of themes each year, for example, in 2016 the programme could focus on cancer and dementia, and something else the year after.

The same logic, which requires calls to fit inside a theme, could be applied for all research fields under Horizon 2020.

Our experience has been that in many ways Horizon 2020, although not flawless, represents a positive evolution from FP7.

To claim that measly success rates risk tainting the reputation of Horizon 2020, as some have, is overstated. If the number of failed applications can be cut, then it can justifiably be hailed as a success.

Thankfully, the Commission has shown it is aware of the unsustainably low success rates, and is making some moves to mend the situation, for example by the introduction of more two-stage evaluation procedures, as already used in several of Horizon 2020’s sub-programmes.

If administrators keep up these improvements, I believe the programme will be more successful in the coming years.

Nils Kooijman is a consultant with Hezelburcht 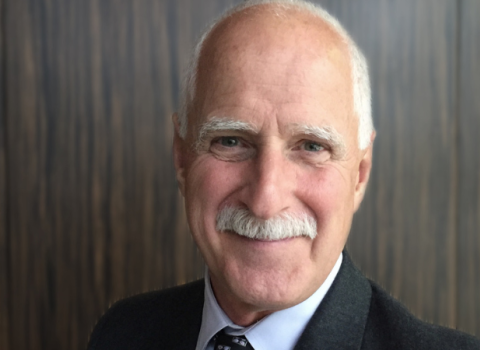