Switzerland has most European patents per capita 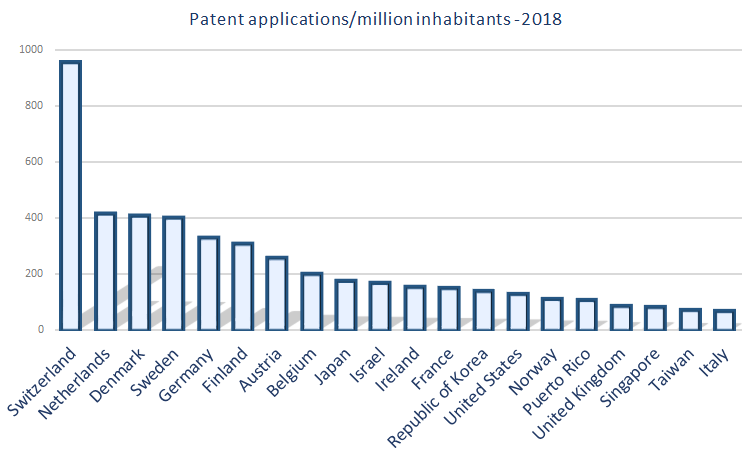 Switzerland is Europe’s most “inventive” country, according to 2018 patenting data published by the European Patent Office (EPO). For every million inhabitants in the country, Swiss innovators filed nearly 1,000 patent applications.

In absolute terms, in 2018 German companies filed the most patent applications.

Medical technology remains the field with the largest number of patent applications at the EPO, followed by digital communication and computer technology. The strongest growth in the top 10 fields was registered in the life sciences area, with biotechnology and pharmaceuticals combined growing by 13 per cent.